Benrahma has spoken about moving to the Hammers and playing for current manager David Moyes. 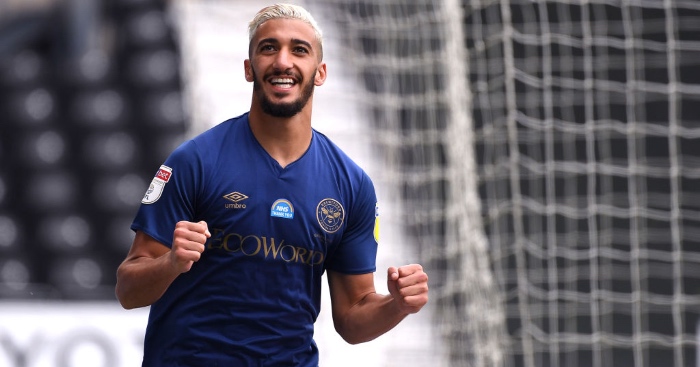 West Ham’s latest signing Said Benrahma is looking forward to ‘showing what I can do’ following his move from Championship side Brentford.

The Algerian international has joined on an initial loan spell before the move is made permanent next summer.

It will cost the Hammers £4 million for this season and then a further £26 million next season.

Speaking about the move, Benrahma said: “I’m very happy to be a part of this team. West Ham is a historic club, which has been in the Premier League for a very long time. It included and still includes good players. It’s a massive club in England.

“I spoke to the manager, so I know exactly what he expects from me. I’ll try to meet his expectations on the pitch because he’s put faith in me and hopefully I can give it back on the pitch.

“I like this prospect [of playing in the Premier League]! I play football to enjoy myself first and foremost, but it’s always enjoyable to know you’re joining the most-watched league in the world, so I’m definitely looking forward to showing what I can do.”

The 25-year-old has a big reputation to fill after setting the Championship alight last campaign with his impressive form. That form led to multiple Premier League clubs chasing his signature, including Arsenal and Aston Villa.

Benrahma was scheduled to complete the move earlier today but it was put back after he failed a medical.

West Ham managed to get the deal over the line before the domestic transfer window shut at 17:00.

The club has said that he will not be available for their clash against Spurs this Sunday. However, he should be able to play in the following game against Man City on Saturday 24th October.