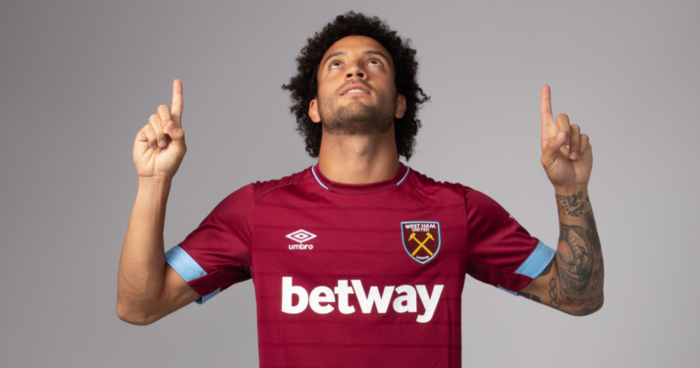 West Ham have completed the signing of Felipe Anderson from Lazio for a reported fee of £42m.

The transfer smashes the club’s previous record by around £20m. That record was only established with the purchase of Issa Diop from Toulouse last month, proof that West Ham are finally progressing in the right direction.

Anderson, 25 and a one-time Brazil international, has joined the Premier League side on a four-year deal after spending five seasons in Serie A.

“West Ham is a club with a lot of tradition, lots of great players have played here, like Bobby Moore, Carlos Tevez and Di Canio,” Anderson said.

“They were great players and idols here, and I’m aiming big. Who knows? Maybe I could hit their heights and be a legend here too. I’m really happy to be here. It’s a dream come true.”