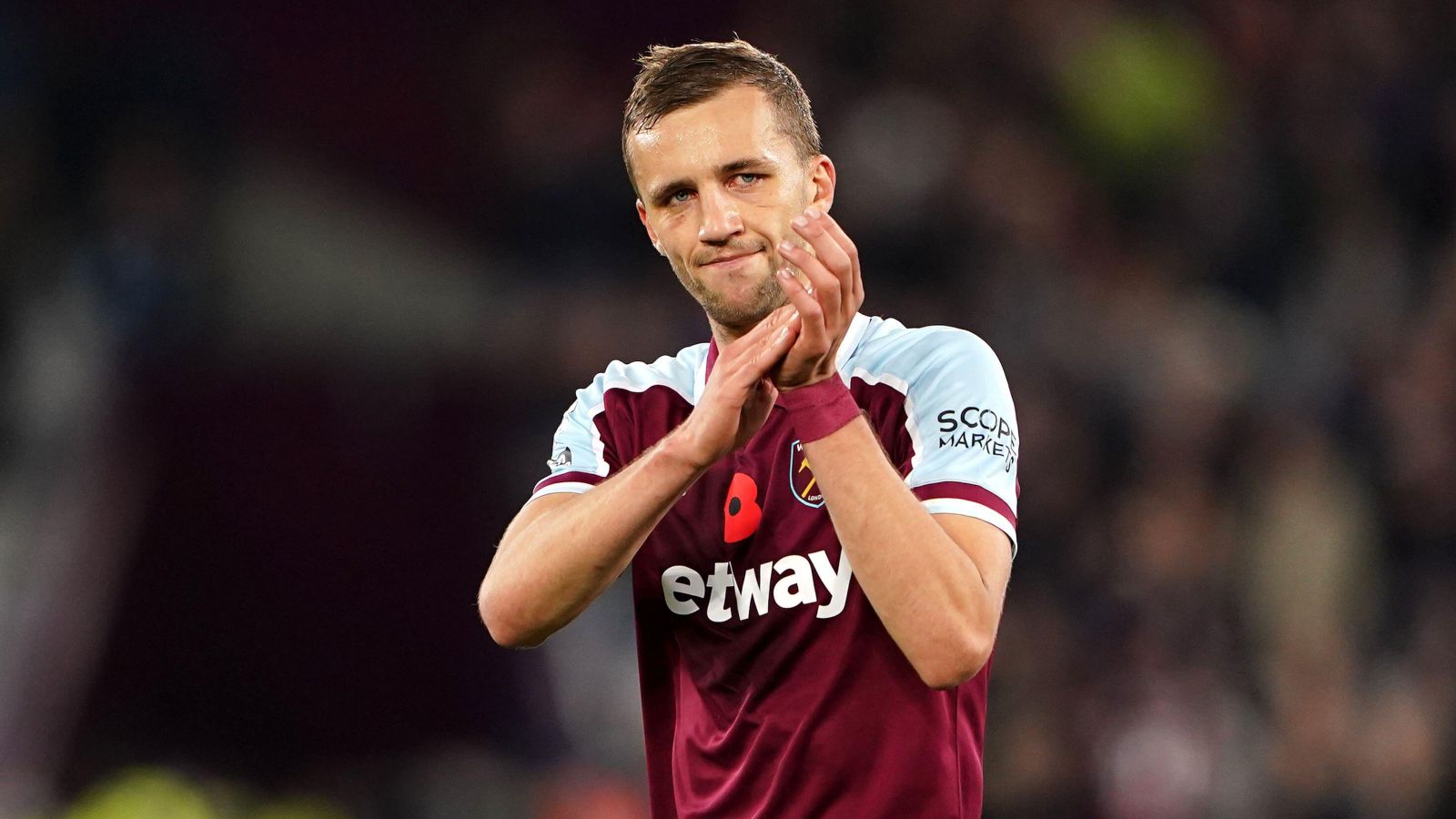 Tomas Soucek could be set to leave West Ham this summer with David Moyes failing to initiate talks, according to reports.

The Czech Republic midfielder was once again in fine form for the Hammers last term, scoring six goals in 51 appearances in all competitions.

Soucek has formed an impressive partnership with Declan Rice in central midfielder under Moyes and most fans would be reluctant to see him leave.

However, there was a rumour earlier this month that he had been offered to Premier League rivals Tottenham after a breakdown in contract negotiations.

And now Claret & Hugh claim that Moyes ‘has failed to offer fresh talks’ with Soucek’s representatives over a new contract, leading to them ‘currently discussing a possible switch with clubs both here and abroad’.

Moyes has previously said that Soucek will be staying at the club next season but the report adds that he has ‘done nothing yet to take up the opportunity of offering him an extension’.

West Ham signed Soucek permanently from Slavia Prague in 2020 for a fee of around £19m after he completed a successful six months on loan at the east London club.

And now the Hammers apparently want £40m but that fee is so far proving ‘too high for clubs interested in making an offer’ for the Czech Republic international.

A source told Claret & Hugh: “I’d say the only way he will be staying at the London Stadium is if terms can’t be agreed with another club!”

Former Premier League striker Noel Whelan said earlier this month that Moyes might want to think about moving Soucek on if he becomes a negative influence around the training ground.

Whelan told Football Insider: “You’ve got to look at the right situation for the rest of the squad as well. You don’t want a player that’s unhappy there – you feel that disappointment in him when he comes into training – because it can spread very quickly.

“You never want to lose a player like that. Sometimes it’s better to cut someone loose than have somebody at the training ground with a face like a slapped bum at times.

“It’s not good for the rest of the players and that togetherness. The togetherness they have built over these past two, three years with David Moyes.”