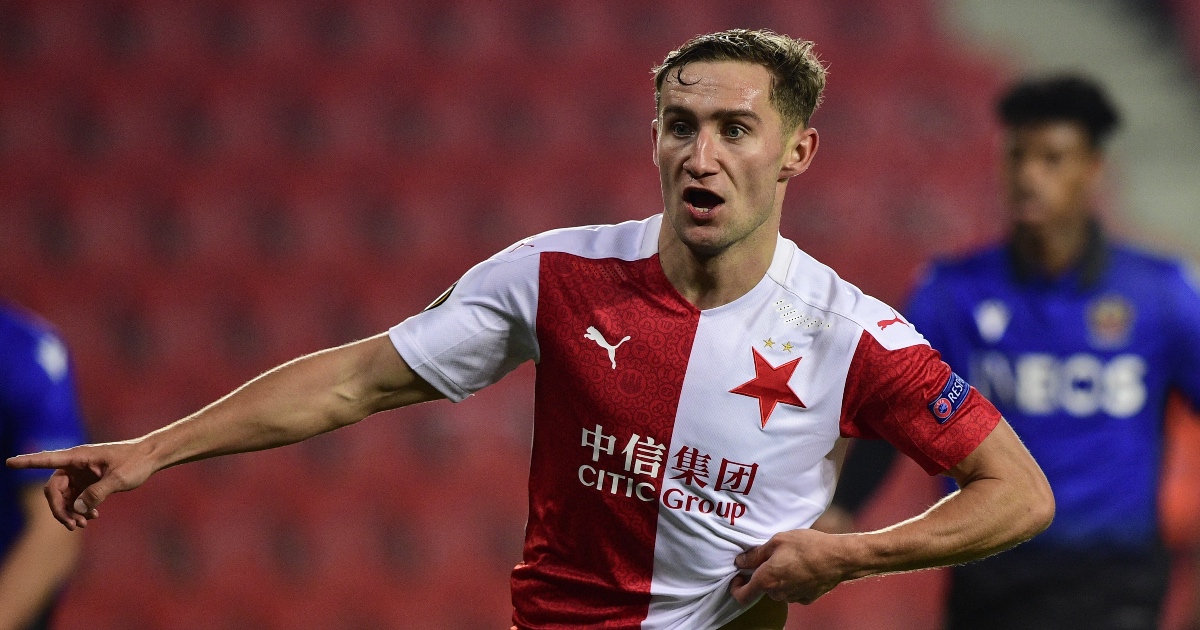 Kuchta is a 24-year-old centre forward who recently played twice against Leicester City in the Europa League.

His performances in Europe and in the Czech Republic top flight could now earn him a move to England.

FEATURE: The race for the top four: Why they will, why they won’t

According to Football Insider, West Ham and Southampton are joined by Newcastle and Brighton in the race for Kuchta.

The Prem quartet have been impressed by his performances this campaign.

Kuchta has scored 13 goals in 25 appearances so far, which includes two in the Europa League.

He was a part of the Slavia Prague side which knocked Leicester out of the competition last month.

The Prem sides have all put Kuchta on their transfer wish lists after sending scouts to watch him.

It’s thought that scouts were monitoring the Czech international during the recent 1-1 draw with Rangers.

Kuchta’s teammate Abdallah Sima has been the subject of interest from West Ham.

Labelled the ‘new Thierry Henry’, he is seen as a future Prem star.

However, Kuchta has been quietly going about his business and racking up an impressive goal tally.

That means one of the four Prem clubs could sign him for a relatively cheap fee when compared with Sima.

The Hammers are hoping to improve their attacking options after letting Sebastien Haller leave in January.

Kuchta would provide Michail Antonio with competition up front. The player would fit in well at the London Stadium, as both Tomas Soucek and Vladimir Coufal have joined from Slavia in recent seasons.

Their success under David Moyes could convince Hammers chiefs to make Kuchta a transfer priority.

Southampton’s injuries this term have badly damaged their hopes of a top ten finish.

Signing Kuchta would give boss Ralph Hasenhuttl an extra option going forward. The Saints are set to lose loanee Takumi Minamino at the end of the season and Kuchta could be a perfect replacement.

Newcastle and Brighton are the other two sides who hold an interest in the attacker.

They’re currently hovering just above the relegation zone and could do with more firepower.

Brighton’s lack of goals has stopped them from capitalising on their attractive style of play.

Newcastle, meanwhile, are enjoying little success without talisman Callum Wilson. Kuchta could be a great solution for all four Prem sides, leading to a potential transfer race this summer.