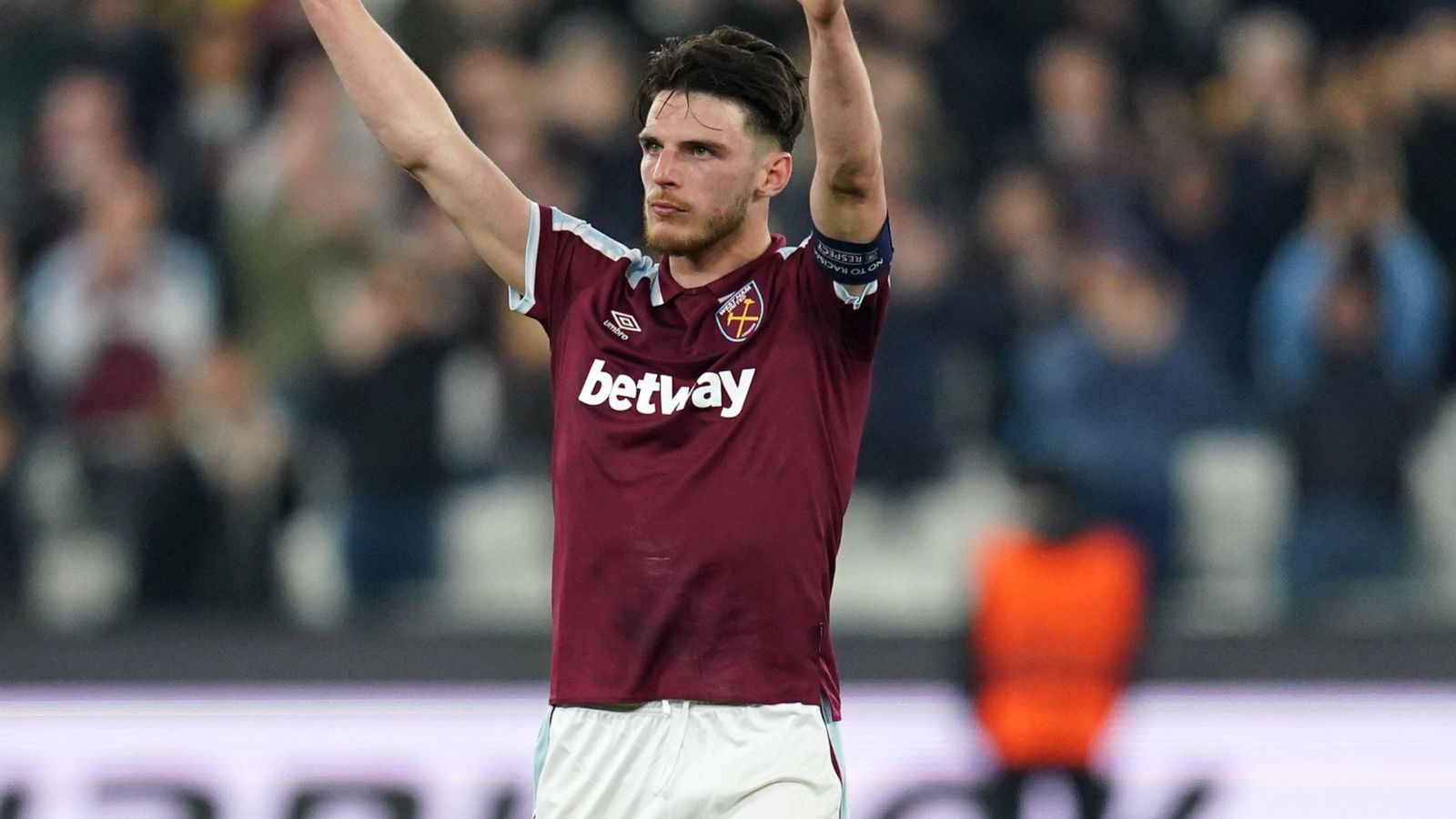 West Ham United and England midfielder Declan Rice has insisted that there is “so much more” to come from him over the next couple of seasons.

Rice has been one of the standout players in the Premier League in recent seasons.

The centre-midfielder helped the Hammers earn a place in the Europa League last season. He also shone for England at last summer’s European Championships.

The 22-year-old has been heavily linked with a move away from West Ham. They are said to value him at around £100m.

Rice was nominated for this year’s Football Writers’ Association’s Player of the Year award. Mo Salah won the award, with Kevin De Bruyne and Rice second and third in the running.

The Hammers standout feels that he has “taken another step in the right direction” this season:

“Not bad, not bad, I would have liked to have won it,” Rice said (quotes via The Mirror).

“I’m obviously up against Salah and De Bruyne. It’s hard to say really because I could never really imagine myself putting my name with them two types of players and to come third shows that people have appreciated what I have done on a football pitch this season.

“I feel like I’ve taken another step in the right direction in my career but I’m still only 23 and trust me, I know myself, I’ve got so much more that I can let out of the bag. I know that, my coaches tell me that.

“I think it just comes with time and as I get older, it will keep coming and coming but I feel like you’re only starting to see the start of me. I feel like I’m going to keep pushing and getting better.”

Elsewhere, Rio Ferdinand has warned Rice against a move to Manchester United:

“For me personally, if I’m Rice, Man Utd is not a place that I’d be going. I’d wait a few years and see what Ten Hag does. Whether he can implement what he did at Ajax at United and get them looking more like a team that can challenge.

“We’ve got something to build on. He’d be in the same place at United and all it would come down to is the stature of the football club.”