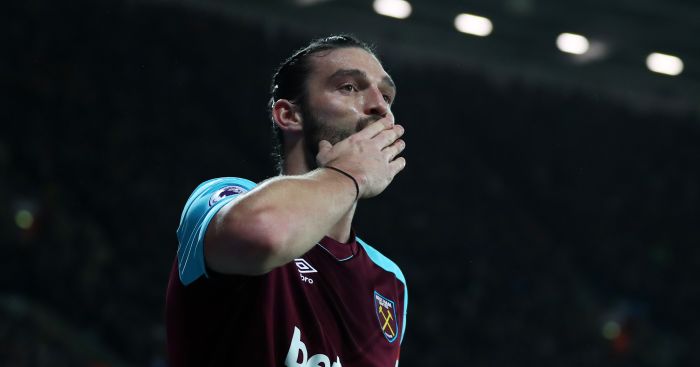 Andy Carroll has hit out at the “sh*t” and “b*******” he has been plagued with throughout his career.

Carroll turns 30 next month, and his contract with West Ham expires at the end of the season.

The striker made his long-awaited return from injury as a substitute against Manchester City last month, and has played three times this season after being sidelined for most of this season due to ankle surgery.

Carroll has not had the best of luck when it comes to injuries, also missing much of last season with a similar issue.

He has now hit out at “the sh*t I get” from supporters who constantly snipe at his fitness problems.

“I honestly don’t know what I’ve done in my life to get the sh*t I get,” Carroll told the Daily Mail.

“It’s unbelievable. I get some stick for everything I do. It’s annoying.

“It’s stupid things, like I went to Lapland UK. I’m standing there with the kids. Someone skates over, ‘Lovely to meet you… don’t be getting on the ice, I don’t want you falling over and getting injured’.

“It was very tough. You can see the lads playing outside. You’re in the gym and all you want to do is get outside. I’m down. Down in the dumps I’m not out there.”