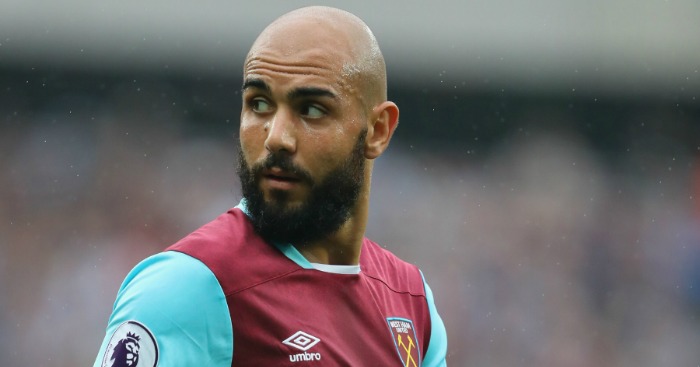 West Ham striker Simone Zaza could be on his way back to Italy after failing to “link” with the fans, according to reports.

Zaza joined the Hammers on loan from Juventus in the summer and it’s understood the deal will turn permanent after he makes a certain amount of appearances this season.

The Italian striker has only made four appearances for Slaven Bilic’s side so far this campaign and has failed to find the back of the net in any of them.

Premium Sports claims that AC Milan, who sit sixth in Serie A after seven games, will look to bring the former Sassuolo star back to Italy during the January transfer window.

It is understood that the mandatory purchase option in Zaza’s loan deal will be activated once he makes 15 appearances for the Hammers.

However, the report also states that a mid-season transfer could still be on the cards as the Italy international “has not linked” with the supporters at London Stadium.