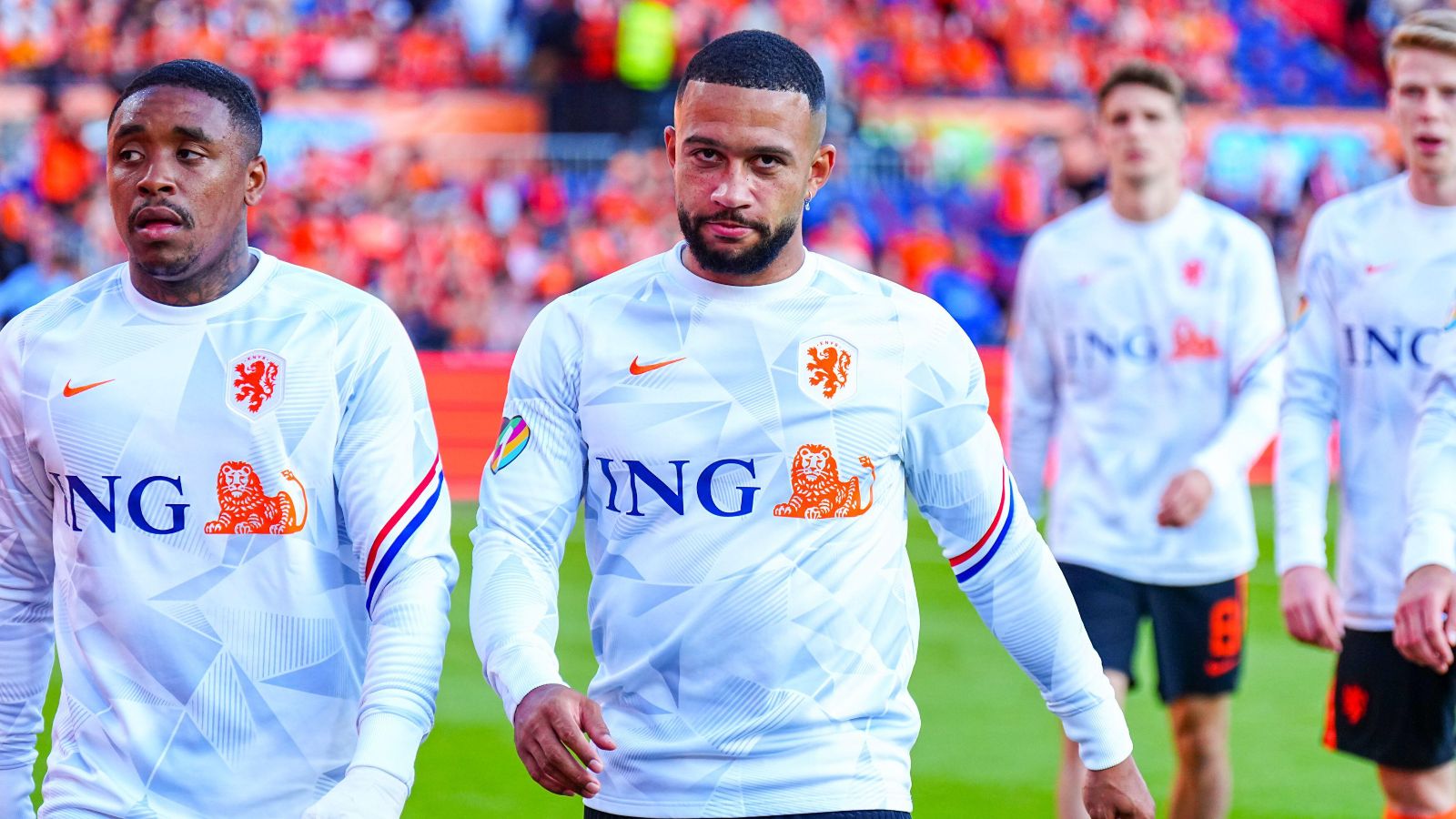 West Ham have reportedly submitted an offer for Memphis Depay which could blow Tottenham out of the water.

Barcelona are desperate to offload the forward this summer as they look to register their new signings.

Newcastle, Arsenal and Chelsea have all reportedly been offered the former Manchester United forward, while Tottenham are rumoured to have made a £15m offer earlier this week.

That led some fools (us) to believe that the ‘London club’ cited by Sky Sports that are ready to pay the Dutchman £200,000 a week was Spurs.

But Football Insider have now revealed that it’s West Ham that are ready to make the forward their highest-paid player this summer.

The Hammers have alreay secured the signing of Gianluca Scamacca from Sassuolo in a £32m deal but David Moyes is looking to further bolster his attacking options.

Juventus have also been heavily linked with the 28-year-old, who could be available on a free transfer as Barcelona look to terminate his contract.

Depay scored 13 goals in 36 games for the Catalans last season and also has an impressive record for Holland, for whom he has 42 goals and 30 assists in just 79 games.

Barcelona are currently unable to register their marquee summer signings, with Robert Lewandowski, Raphinha, Jules Kounde, Franck Kessie and Andreas Christensen all facing the prospect of watching Saturday’s league opener from the sidelines if the club fail to raise £85m beforehand.

Another player that could be leaving Barcelona this summer is Pierre-Emerick Aubameyang, though manager Xavi wants to keep him at the club.

A report claims Chelsea boss Thomas Tuchel  ‘insists’ on bringing the 33-year-old to Stamford Bridge and is ‘putting pressure’ on Boehly to force a deal with Barcelona.

Rumours of Chelsea’s interest in the Gabon international emerged last week as Thomas Tuchel looks to continue to improve his options before the close of the transfer window.

The Blues’ focus is on defence as they target another centre-back following the arrival of Kalidou Koulibaly, and they’re reportedly locked in talks with Leicester over a fee for Wesley Fofana, who is keen on a move to Stamford Bridge.

But Chelsea owner Todd Boehly is looking to improve other areas of the squad, including the forward options following the departures of Romelu Lukaku and Timo Werner.

And Chelsea ‘continue betting’ on the former Arsenal striker despite Xavi’s stance and AS add that the Blues have ‘begun to draw up a plan to sign him’.