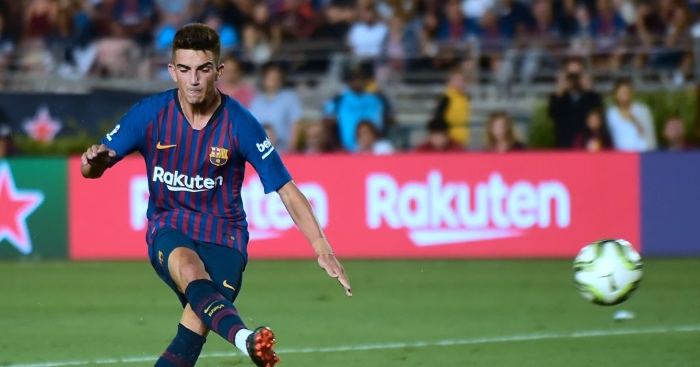 West Ham have joined the race to sign Barcelona youngster Monchu, according to the Mirror.

The 20-year-old is wanted by clubs across Europe after showing his potential this season at the Nou Camp.

The Hammers will have to compete with Juventus, Valencia, Real Betis and Brighton for his signature. Fellow Spanish club Real Sociedad are also thought to be interested.

FEATURE: Ranking all 29 2019/20 Premier League managers from Gracia to Klopp

Manager David Moyes is supposedly keen on adding the midfielder to his ranks. Moyes will want his side to improve on the 16th place finish they achieved in the Prem during the most recent campaign.

The trouble for the London side is that Barca are attempting to tie down Monchu to a long-term contract.

Club President Josep Bartomeu wants to ward off interest in the player by getting him to sign a new four-year deal.

If contract talks break down, then Barca are apparently open to sending the player out on loan for a season with the option to buy.

They want a club like West Ham to pay for all of Monchu’s wages during that season and then buy him for around £36 million.

This would give Moyes the chance to see if the player is ready for the Premier League before signing him permanently.

West Ham are unlikely to be able to reduce the high asking price.

Italian champions Juve have already had an £18 million bid rejected by the Catalan giants.

The Hammers have been fairly busy in the opening weeks of the transfer window. They’ve signed Tomas Soucek from Slavia Prague after he impressed during his loan spell. The player cost them a reported £15 million.

West Ham are currently linked with Slavia Prague winger Lukas Masopust, whose been recommended to them by former teammate Soucek.