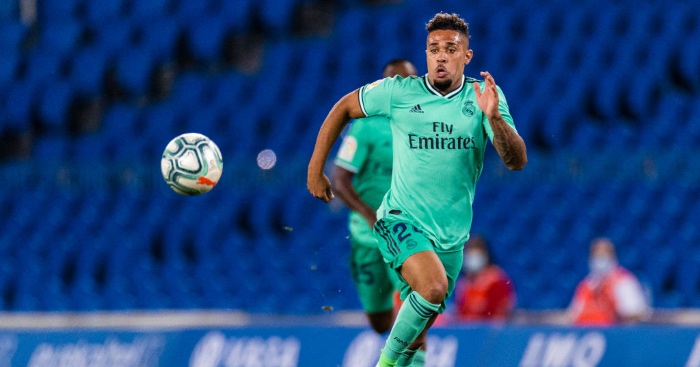 West Ham are reportedly lining up a move for Real Madrid outcast Mariano Diaz to bolster their options up front.

The Hammers lost out on forward target Ollie Watkins in the summer as the Englishman joined Aston Villa.

They are now without talisman Michail Antonio through injury.

According to Spanish source Defensa Central (via Sky Sports), club officials view Mariano as a good option in attack.

He should be available for a low price too, as Real clearly don’t want him.

The Spaniard has played just 14 minutes of football this campaign under manager Zinedine Zidane.

He is being kept out of the first team by fellow attackers Karim Benzema, Rodrygo and Vinicius Junior.

That leaves West Ham with a good chance of bringing the player in during the January transfer window.

They can already rely on Sebastien Haller up front, but the player has only scored one goal in the Premier League so far.

Antonio was in stunning form between the restart and his injury. He scored seven goals up until July last season and has added three more this campaign.

The English forward is already on the road to recovery but he is expected to miss the match against Sheff Utd this weekend.

Mariano wouldn’t provide as much threat as Antonio going forward. However, he would be a decent stop gap and could fill in for Antonio until the player returns from his injury.

One player that West Ham officials did well to sign was Said Benrahma. The Algerian international joined from Brentford for around £30 million.

He has had a slow start to life in the capital but manager David Moyes is now expected to play him more often.

West Ham’s attacking line could involve Benrahma and Mariano soon if the club can pull off another transfer in January.