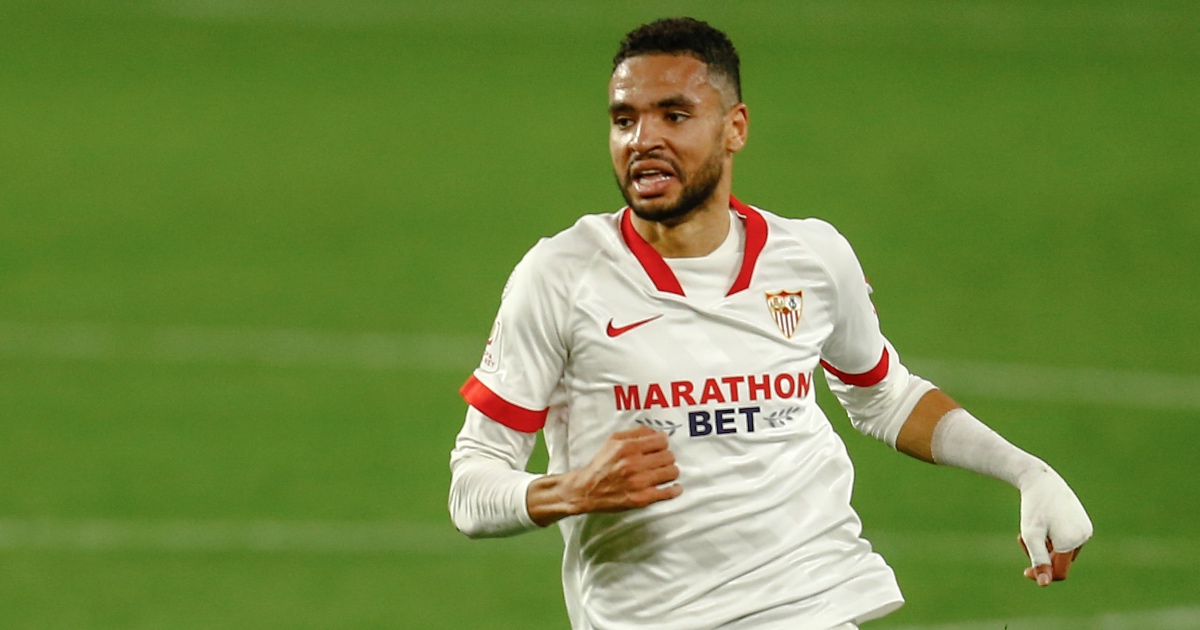 West Ham have been handed a setback in their pursuit of Sevilla striker Youssef En-Nesyri, according to reports.

The Morocco international was the subject of a £22.5million bid from the Hammers in January as they searched for a striker.

The Premier League side were priced out of a deal, with Sevilla holding out for at least £25million.

F365 Says: Leicester keep on keeping on in a league gone mad

According to 90Min, the Spanish outfit will now offer En-Nesyri a bumper new contract to ward off any interest.

The player’s current deal expires in 2025, so the new contract will likely include a major pay rise.

Sevilla only signed En-Nesyri from Leganes in January 2020, but he’s already made great progress at the club.

He’s scored 17 goals in all competitions already this term. That includes 13 in La Liga, putting him one ahead of Real Madrid talisman Karim Benzema.

That form has seen the likes of Borussia Dortmund and Inter Milan take an interest in him.

En-Nesyri currently earns a reported £49,000 a week in Spain.

His new deal could see him earn around £100,000 a week, making him one of the club’s highest paid stars.

The news means West Ham will have to pursue other attacking options in the summer.

They’re searching for players to provide cover for Michail Antonio.

That puts him on six league goals for the season, despite suffering from regular injuries.

One option for the Hammers is Reims striker Boulaye Dia.

He’s available for around £10million, which means he could become a shrewd signing for manager David Moyes.

The Frenchman left for Ajax in January as West Ham took a £25million hit on their record signing.

He had bagged just 14 goals in 53 appearances for the Hammers.