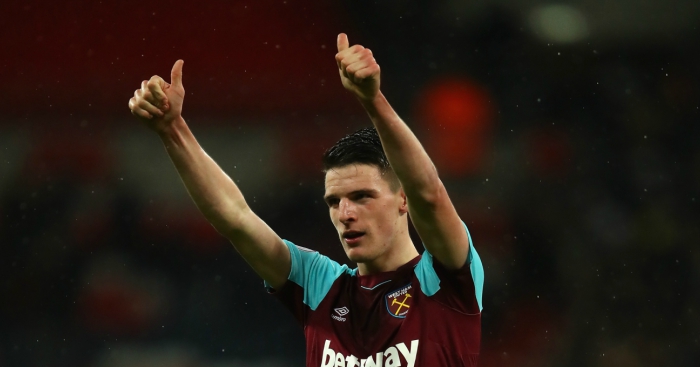 Declan Rice “can be better than” Javier Mascherano, according to West Ham teammate Manuel Lanzini.

Rice has established himself as the leading light of West Ham’s future this season, making 30 appearances for the club he joined aged 14.

Now 20, the prospective England international signed a new long-term deal in December to stave off interest from Manchester City, as well as Tottenham and Liverpool.

And Lanzini has paid tribute to the defensive midfielder, comparing him rather favourably indeed to compatriot and former Hammer Mascherano.

“Declan, for me, is the hero of the team,” he told the club’s official website, echoing the sentiments of manager Manuel Pellegrini.

“I like to play with him because he has good touch, he has good recovery, I think he is one of the best players in the Premier League.

“He is [like Mascherano]. I played with Mascherano and he is a very good player. He is 20 and I think Declan needs to continue like this, if he stays focused and I think he can be better than Mascherano.”