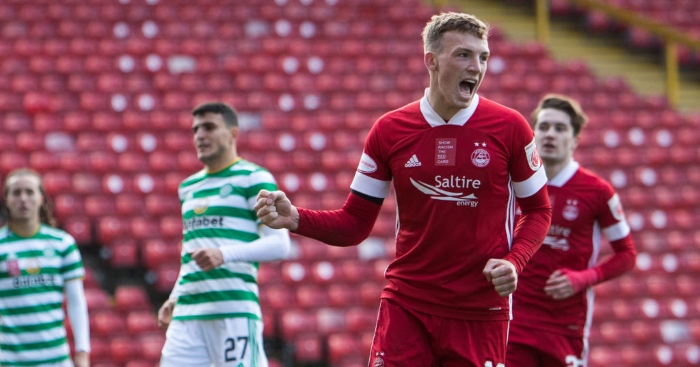 Rice has been heavily linked with a move to Frank Lampard’s side in recent months.

Chelsea are even planning to sell two players in their pursuit of the Englishman.

Roy’s rage: 25 of Keane’s most cutting lines as a pundit…

McAvennie has now pinpointed Aberdeen’s Ferguson as a good replacement for Rice.

Speaking to Football Insider, he said: “I think Lewis Ferguson will go to the Premier League. I would love to see him at West Ham because he is a fantastic player.

“I do not want Declan Rice to leave but if he did I think Ferguson would be the ideal replacement for him. There has been so much talk about Declan and if he was to go I think Ferguson is ready for the Premier League.

“He is only young and he is a good, tidy player. It is an eye-opener going to England but it would only benefit him.

“I think Lewis could fill his space. It is like for like. He is a young, energetic player who keeps the ball well, can tackle and he can get forward and score goals.

“I do not want Declan to leave but I would not be annoyed if Lewis Ferguson took his place.”

Ferguson could be an ideal option for boss David Moyes to target. The rumours surrounding Rice don’t seem to be going away and Chelsea will likely return in the summer to sign him.

The Hammers will receive a large sum for the player which they can reinvest through Ferguson and others.

He shouldn’t be too expensive and would be a good player to build around in midfield.

Ferguson is in impressive form this season too. He’s played 15 times and scored nine goals.