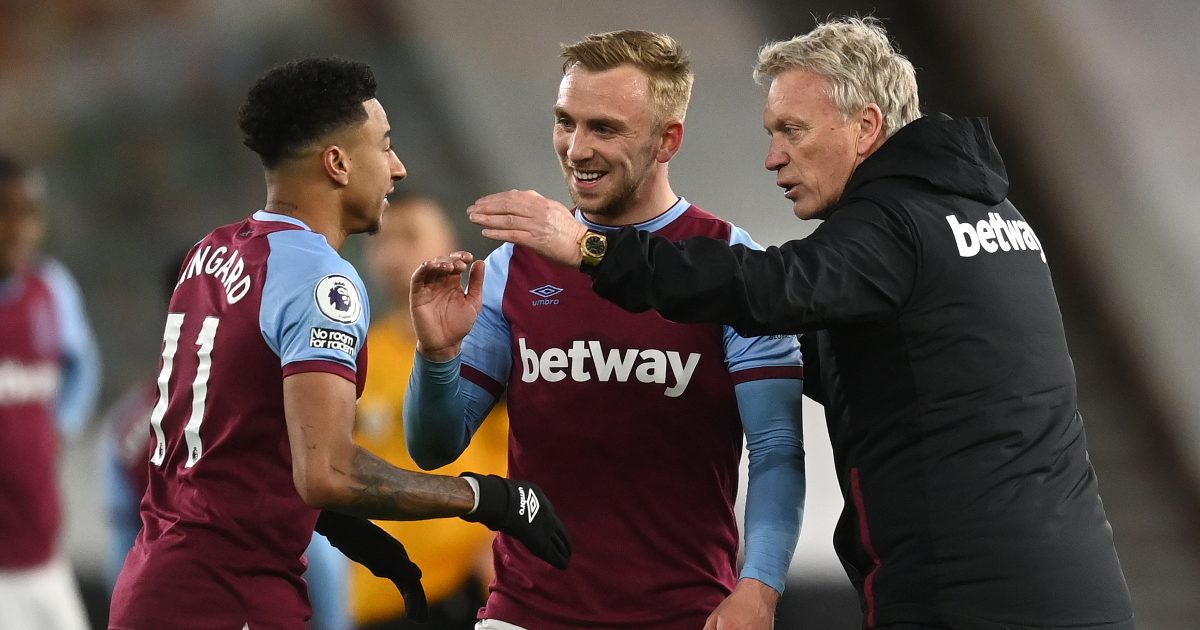 West Ham are willing to do “whatever it takes” to sign Jesse Lingard on a permanent basis this summer, according to reports.

The 28-year-old joined Man United as a youngster. After having loan spells away with the likes of Brighton and Derby, he made his senior debut for his boyhood club at the end of the 2014/15 campaign.

Lingard went onto become a regular for the Red Devils for five straight seasons between 2015 and 2020.

The Englishman made over 200 appearances for them in that time. During this spell, he won the Europa League, FA Cup and Carabao Cup.

His form for United earned him a regular spot in the England team. He played a key role at the 2018 World Cup as Gareth Southgate’s side reached the semi-finals.

But Lingard fell down the pecking order at the start of this season. He failed to make a single Premier League appearance for United up until January.

This led to his loan move to West Ham during the winter transfer window. He has hit the ground running for the Hammers, as he has grabbed six goals and three assists from just eight games.

Lingard is reportedly rated at around £30m by Man United and a senior source at West Ham has told Sky Sports that they are desperate to sign him:

“We will do whatever it takes to sign him. He’s been outstanding for us.”

During Monday Night Football, Neville was asked if Lingard still had a role to play at Man United:

“It depends on what grounds. If Jesse wants to play, which he does want to play, you can see, then he’s going to need to leave.

“Because he’s not going to play every single week I suspect in a Manchester United team that’s trying to get to second or first in the league.

“But if he’s willing to go back there and compete and be a player that, Daniel James has come in for the last few weeks and he’s out of the team again, be that type of player who’s a bit in and out.

“There’s no doubt he can play for Manchester United but he’d have to be in that role.”