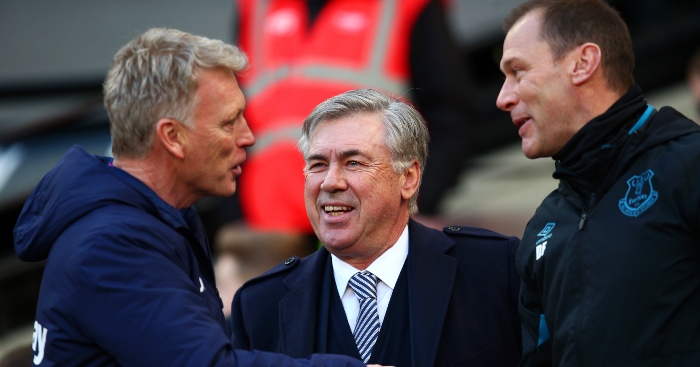 Issa Diop gave the Hammers a first-half lead but Calvert-Lewin responded almost immediately to deny David Moyes a win against his former team.

Ancelotti said his side improved after the break but he was happy with a draw in east London.

“It’s a good point,” he told the BBC. “We did not play well first half, second half was better.

“In the end it was good because we played a good game. I am not so happy about the goal we let in but the fact that we were able to score immediately was good. We played with more confidence.

“Set pieces are really important. Dominic Calvert-Lewin has been really fantastic. He scores goals, which is important for him and for the the squad. He is doing good performances and today it was important.”

“It was a tough game. We came here looking for three points but I don’t think we played good enough,” he told Sky Sports.

Thankfully we equalised quite quickly. We did not play well but at least we go the point. We would like to stay with our men a bit better when marking and do better on set pieces but thankfully we also scored from a set-piece.”