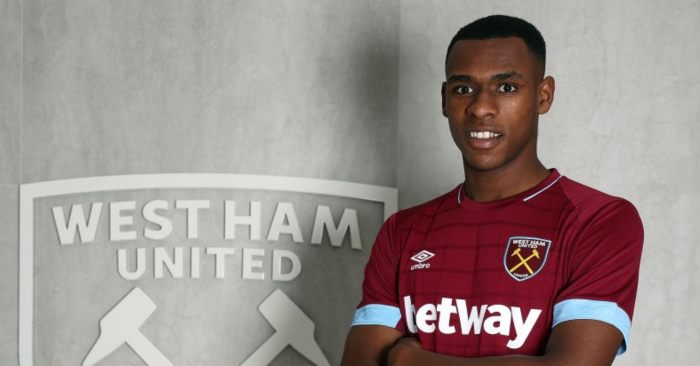 West Ham have announced the club-record signing of Toulouse defender Issa Diop on a five-year contract.

The 21-year-old centre-back joins the Hammers for an undisclosed fee, reported to be £22million.

“Manuel Pellegrini is a top coach who has worked at some huge clubs around the world,” Diop told West Ham’s website.

“I’m looking forward to working with him and showing him what I can do.

“West Ham is a big club and there are a lot of good players here. I hope I can have a good season and help the team get a lot of wins.

“I am very happy to sign for such a historic, English club, and I hope to show my best here. I am a very ambitious player, and West Ham is a very ambitious club, as we’ve seen with the appointment of the new coach, and I just hope that we can have a great season.

“I’m very happy to be here and I am very excited. I hope we win lots of games and make the fans happy. I can’t wait to pull on the shirt.”

New boss Pellegrini has already brought in Fulham full-back Ryan Fredericks this summer as he attempts to bolster the club’s defensive ranks.

The signing of Diop – who was made captain of Toulouse aged just 20 – comes amid interest from some of Europe’s top clubs.

West Ham director of football Mario Husillos said: “Issa is a player with fantastic potential who has already shown great quality at such a young age.

“He has represented France at every youth level up to the under-21s and we believe that he is now ready to make the next step in his career by moving to the Premier League with West Ham United.

“There were many other big clubs interested in signing Issa and we are delighted that he has chosen to join us. We look forward to hopefully seeing him make a big impact next season.”

Diop, who has risen through the youth ranks at Toulouse, made 34 appearances in Ligue 1 last season as they finished a lowly 18th.