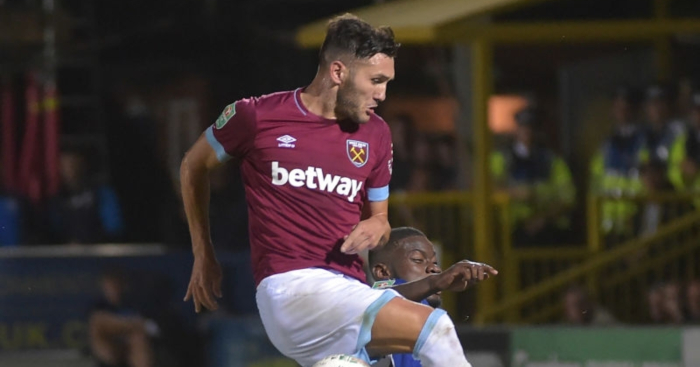 Manuel Pellegrini has denied claims that Lucas Perez refused to warm up for West Ham against Everton.

West Ham beat Everton 3-1 to record their first win of the Premier League season on Sunday.

The Hammers even looked like they had an actual midfield at Goodison Park, but things apparently did not go as smoothly as the scoreline suggests.

There were claims that summer signing Perez refused to warm up as a second-half substitute when Marko Arnautovic suffered a knock.

Michail Antonio came on instead of the striker, which led to criticism from afar. Even Michael Owen got involved.

“No matter what you get paid to play,” said the pundit. “And if you get asked to do something, you’ve got to do it.

“We’ll find out, hopefully, what the reason is, so I’d only be speculating. But that’s the line to cross that you shouldn’t cross.”

Pellegrini denied suggestions of any argument after the game.

“Maybe it looks [that way] and you can think he refuses,” he told Sky Sports.

“It is very simple. When Marco had a problem with his knee I wanted to put Lucas but he was sitting on the bench and Michail was ready.

“We had already taken too long over the substitution so I put Antonio on. I don’t have to explain the decision, especially during the game, but Antonio was ready so Antonio was the change.

“Antonio had to come in to help us win the game and he was the change.

“I don’t have any problem with the player.”