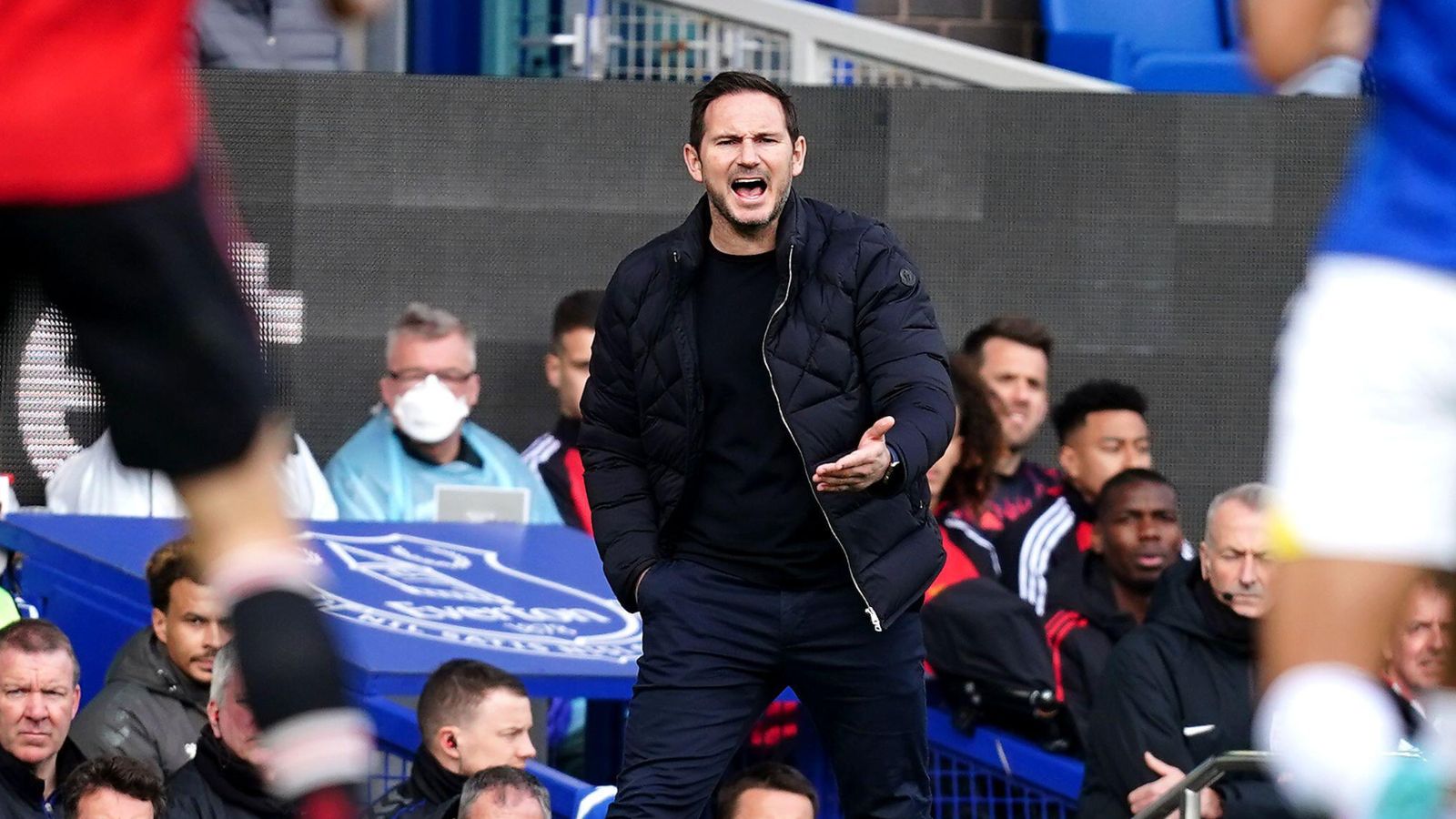 Delph has missed most of this season through injury but he started against Man Utd on Saturday.

Everton went into this game after being beaten 3-2 at Turf Moor by their relegation rivals Burnley.

Early winners: Everton back to f***ing basics and b*llocks

The Toffees were not at their best as they hosted Man Utd, but they did enough to pick up all three points.

Everton are now four points clear of the bottom three ahead of the remaining games in the Premier League this weekend.

“I’m very proud. Pressure times. The reality of the situation. At Goodison, we have been good. We are getting clean sheets at home,” Lampard said (quotes via BBC Sport).

“When we come together with fans and players we are hard to beat here.

“It starts with us. The crowd were great but they could switch off if they see people not working. When you are not at your best you have to fight through it. You might give a ball away but the only way to get that back is to fly in and make a tackle.

“Beautiful football can come later on. I have ambitions for this club to stay up, play well, but in the position we are in, fighting comes first and foremost.

“We have missed Delph. It goes unnoticed. If we have one or two defensive midfielders out it’s tough for us as we don’t have that there. He gave us a sense of calm. He was great today.

“It’s one win. We should have got a result in the week but didn’t. You have to keep going. It’s not easy when you wake up the next morning after Burnley. My job first and foremost is to lift everyone. They are a good bunch these players.”

Gordon added post-match that Everton reacted brilliantly after being beaten by Burnley:

“It’s very important, especially after the last result against Burnley. We were a bit disappointed of course, but for us to react with a performance and result like that is a testament to us as a team.

“You’re not going to have the ball a lot, so it’s about digging in and riding out certain moments in the game. In the last 20 minutes we were gone, but there were blocks and tackles and that’s what won us the game.”