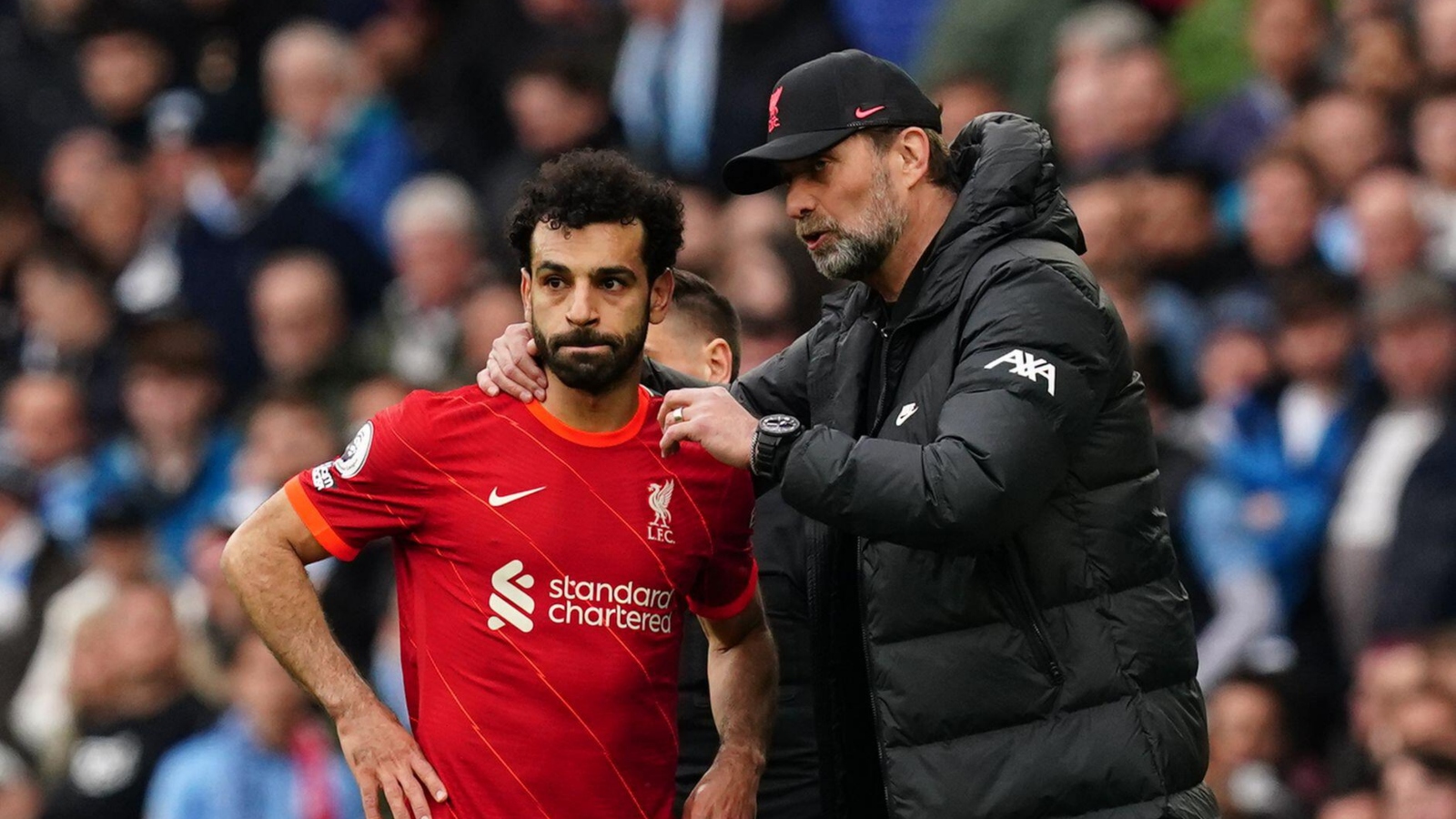 The Reds came from behind twice thanks to goals from Diogo Jota and Sadio Mane to remain one point behind league leaders City.

“I think we can describe it as a boxing fight, both arms down for a second and you get a massive knock,” Klopp told Sky Sports. “I liked a lot of things. I thought we were closer than ever.

“The second half start was much better. City really tried obviously things like balls in behind. It makes sense when you have these smart runs. In moments when we tried to breath a little bit another one comes. It was a great game and the result, we have to live with and can live with.

“We could do better but in a lot of moments we did really well. The intensity of the game is crazy. It was good fun, I liked it.”

Jurgen Klopp takes a moment away from media duties to walk over and salute the #LFC fans still inside the Etihad. pic.twitter.com/mPJJCWTTma

On what he said at half-time with his team 2-1 down, Klopp added: “We showed [our] goal because it was a really good football situation which if we did more we would have chances. I was convinced we could win this game. They were much more direct than us today. They had a more direct idea than us and we wanted to let them run when in possession.

“Defensively we were sometimes in a rush, they put us under pressure and we can defend these situations better. The second half was really intense, they needed breaks as well, but their counter attacks are not bad. Their decision making is really good and they always pick the right player.

“I think it is a completely fine and deserved draw. We wanted to make sure they see my boys are exceptional as well.

“Seven games to go for both teams and we will not stop chasing now that’s for sure. Let’s make sure we are ready for Benfica, for this team at Wembley [in the FA Cup semi-final] and then we will see who will have the better finish.”

Klopp also told BBC MOTD: “It was an exceptional game of football. Two heavy-weights, chomping at each other. It’s crazy the intensity. A completely different level. The concentration levels from both teams…

“What I liked the most was that in all situations we caused them problems and I felt we made a step in that department. I am happy. Would I have wanted to win the game? Yes. We have to win an awful lot of football and that doesn’t change. If there was one we could draw, it was today. We keep going.

“We will use the game. I’m already in the Benfica game but of course we will try to understand the moments. City were more direct than usual and we were less. We will see what they do next time and us. It’s really fine for today.

“It was a proper football game. If you played for another club, played yesterday, won it, trained today then watching City vs Liverpool. I don’t know what I would have done to watch it but to be a part of it… I cannot stop being surprised. I love it. Let’s keep going and see where we end up.”