Home All The News ‘What a goal, what a man’ – Guardiola hails striker Aguero 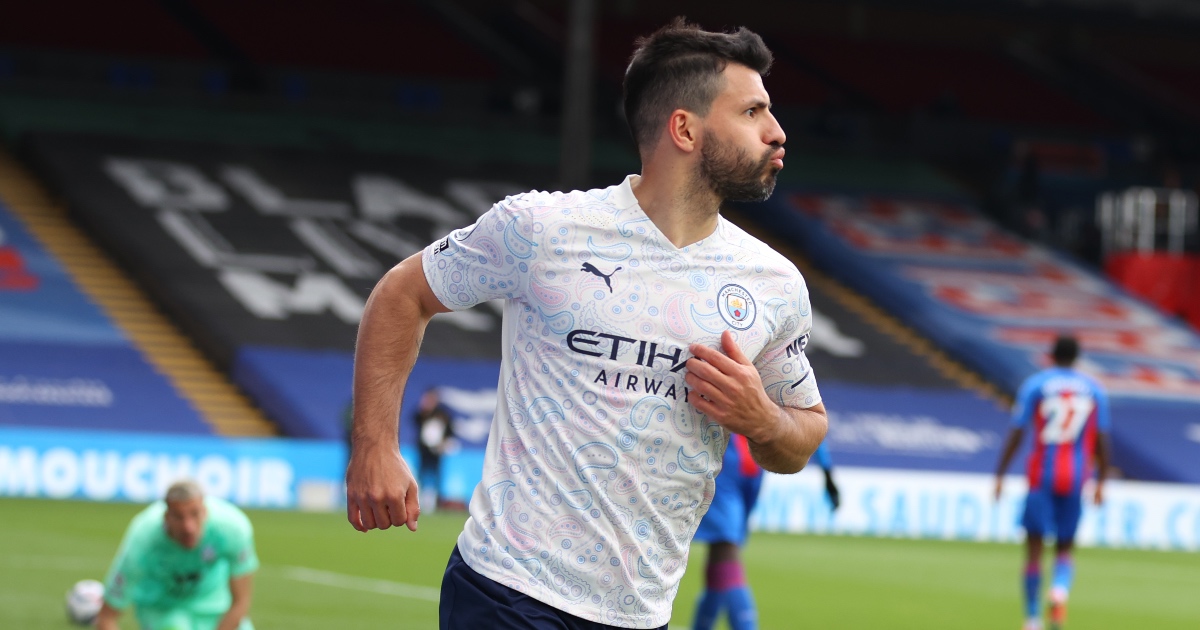 Pep Guardiola has lauded striker Sergio Aguero after he scored a great goal in their 2-0 win over Crystal Palace.

Aguero has had a troublesome season due to injury but rolled back the years at Selhurst Park.

He opened the scoring with a thunderous effort in the 57th minute which sent City on their way to all three points.

Just 82 seconds after his goal, Ferran Torres joined him on the scoresheet with a curling left-footed effort.

The result puts Guardiola’s men on the verge of a fifth Premier League title in ten years.

Should Liverpool beat second-placed Manchester United on Sunday then City will be crowned champions.

Speaking about Aguero after the win at Palace, Guardiola told BBC Sport: “How many times has he done it? What a goal, what a player and what a man. I’m completely in love with him.

“The people cannot believe it but we’ve missed him. We haven’t been able to use him many times, but maybe we got him back at the right time. He knows he has a special quality.”

When asked about the wider performance, Guardiola continued: “I’m so incredibly satisfied. After the Champions League it’s always difficult. We made many changes. The players were sad because they wanted to play, but they did what they had to do. The first half we struggled, but that’s normal – you need patience and time.

“For the quality of players we had on the pitch, we should have attacked the way we did in the second half. We are one step closer – one more game and we will be champions.

Speaking about United v Liverpool this weekend, he added: “We’re going to think about it. Tomorrow I will take a look. It’s in our hands – four games, one victory and we will be champions. I’m really impressed by the way we’ve done this Premier League. We are close.”