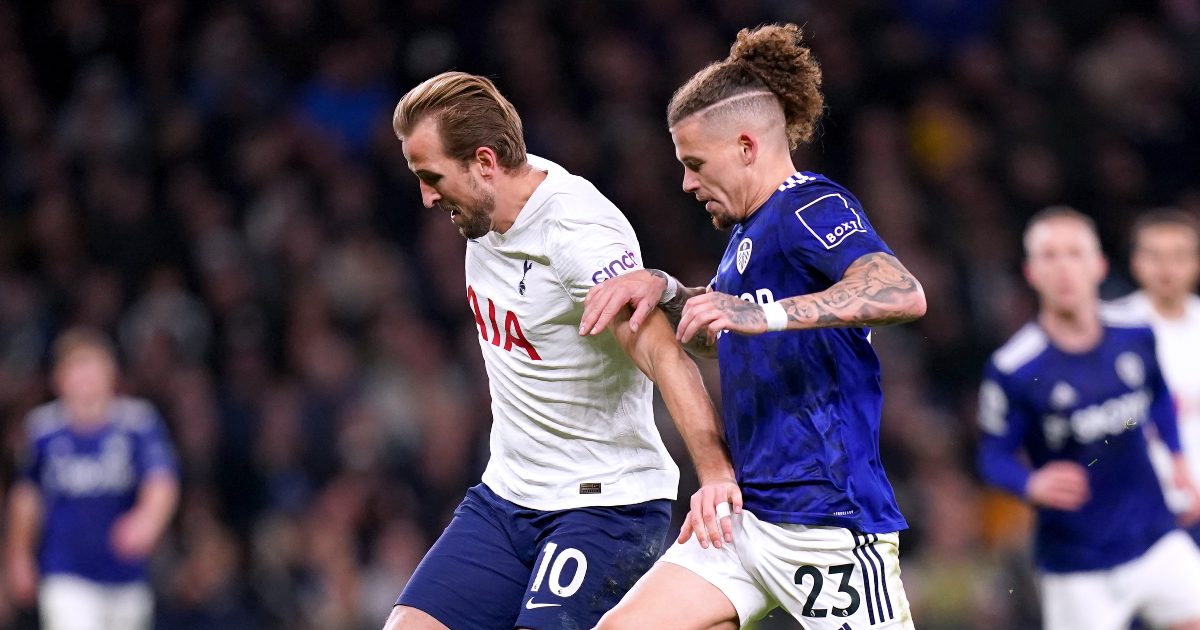 Danny Murphy has heaped praise on Leeds United star Kalvin Phillips after he shone versus Tottenham Hotspur on Sunday afternoon.

Phillips has grown as a footballer under Marcelo Bielsa. After shining in the Championship, the midfielder was one of the breakout players in the Premier League last year.

The 25-year-old went onto impress alongside Declan Rice for England at this year’s European Championships.

Phillips has made a good start to the 2021/22 campaign. With Leeds struggling with injuries, he started in defence against Spurs over the weekend.

The Englishman was one of the best players on the pitch as his side were beaten 2-1 by Antonio Conte’s men.

Liverpool and Manchester United have been linked with Phillips in recent months. He is said to be valued at around £60m.

Murphy has told talkSPORT that the Leeds United star stood out at The Tottenham Hotspur Stadium:

“I’ve got to give Phillips a mention,” Murphy said.

“I know he wasn’t best pleased about playing at the back but what about how good he was at centre-half, marking Kane? How clever he was, knowing when to step in front and when to step off?

“What about how comfortable he was in possession? What a player!”

Elsewhere, Bielsa is reluctant for Leeds to buy themselves out of trouble:

“It’s normal to demand an investment in the team,” Bielsa said.

“Players have a level for any position, which costs us a minimum between £20m and £30m.

“So in an institution like Leeds, that has invested a lot on players in the second year and also the third year, to imagine that we could increase the power of our professional group, it shouldn’t be evaluated without looking at the economic possibilities.

“Hopefully we can resolve this with the recovery of the players that are absent and it is also by chance that the injuries that we pick up are all by players that play in the same position.

“It’s true we haven’t been able to count on [Robin] Koch for a long period of time due to a problem with his pelvis, [Patrick] Bamford’s ankle has also been a long injury.

“[Luke] Ayling’s knee has also been a long injury. After that there are injuries that are shorter and more common, so I have the feeling that we should only bring in players if they are better than the ones we already have.”