Home Mediawatch What do Arsenal, Liverpool and Watford have in common? 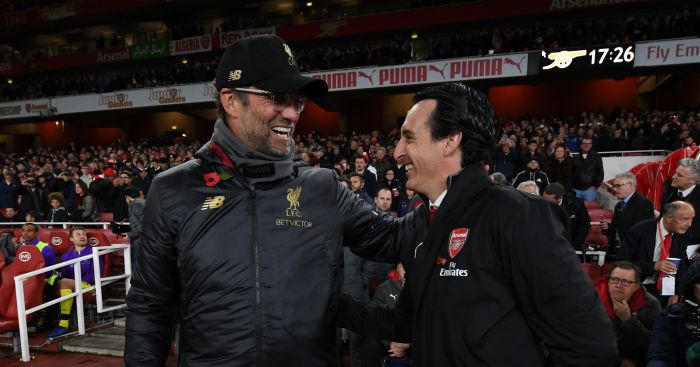 The Blues are linked to Gareth Bale and Lilian Thuram’s son in today's round-up of Chelsea-related news from the media.

Would this be a good signing? 🤔

Anyone have any idea where Friday’s edition is?

Hazard warning
Chelsea’s transfer ban is obviously the big story on Friday. And the MailOnline are so far ahead of the grain they can no longer see the line in the sand.

Here is their headline:

And it could see him go: as you yourselves clarify, ‘they are likely to appeal to FIFA and the Court of Arbitration for Sport’ to ‘get the ban pushed back until after the summer window’. So with Hazard’s contract expiring in 2020 and the Belgian already reportedly wanting to leave, it is quite conceivable that Chelsea would rather sell their most valuable asset to properly reinvest, rather than losing him for nothing 12 months later.

The story is atop their football homepage (as it should be) with the following headline:

‘CHELSEA TRANSFER BAN: Blues won’t be able to sign players until summer 2020 after FIFA punishment for breaking rules over underage players… and it’s bad news for Hazard and Hudson-Odoi’

Callum Hudson-Odoi will be devastated that Chelsea can’t sign anyone else so he might get to actually play.

Sarri state
Elsewhere on the MailOnline:

That fifth goal in a 5-1 aggregate win really was the clincher.

Paul Merson: The big Revel
Looks like it’s time for Mediawatch to update one of its all-time favourite lists:

Paul Merson, December 18, 2011: ‘Everton are literally a bag of Revels.’ (Our personal favourite)

Paul Merson, August 16, 2013: ‘Both of these teams [Newcastle and Manchester City] were like a bag of Revels last year; one minute they were great and the next minute they didn’t look like the same team.’

Paul Merson, April 3, 2014: ‘It depends what Southampton turn up. They are a bit Revel-ly at the moment and you don’t know what you’re getting from them, but they’ve got players that can hurt you.’

Paul Merson, January 9, 2016: ‘Liverpool are like a bag of Revels. You never know what you’re going to get with them.’

Paul Merson, January 31, 2016: ‘Shrewsbury are inconsistent – they conceded seven against Chesterfield and then beat Burton away. They are a bag of Revels.’

Paul Merson, April 2, 2016: ‘If Man City don’t win on Saturday then this is a big game for United, but it depends what Everton side turn up – they are a real bag of Revels.’

Paul Merson, September 22, 2017: ‘Southampton are like a bag of Revels. You never know what you’re gonna get with them.’

Paul Merson, September 28, 2018: ‘Both of them [Bournemouth and Crystal Palace] are a packet of Revels, you just never know what you’re going to get.’ (Yep, twice on the same day.)

Paul Merson, December 31, 2018: ‘Funny teams, these. Both of them are like a bag of Revels. Leicester go and win those two games then lose to Cardiff, Everton get battered, win a game then lose.’

Paul Merson, January 3, 2019: ‘Bournemouth haven’t had a good month or so. There’s been some hard games in there though, they’ve got injuries too and it isn’t the biggest squad, but this is another game of Revels.’

Paul Merson, January 12, 2019: ‘But in the league they are a bag of Revels – you never know what you are going to get from Watford – so I fancy Palace to edge this one.’

Paul Merson, February 22, 2019: ‘Watford are a bag of Revels, you don’t know what you are going to get, but on their day they are a good team and this will be a hard game for Cardiff.’

The best bit is that Watford’s only three defeats since December 1 in all competitions have been to Manchester City, Chelsea and Tottenham. They have won seven of their last 14 games. You know what you’re going to get exactly half the time. Literally.

Paul Merson is still the exact opposite of a bag of Revels: you know exactly what you’re going to get. And we love him for it.

Shaw thing
Speaking of Merson, it takes a brave man to name Luke Shaw at left-back ahead of Andy Robertson and Joel Matip instead of Victor Lindelof in a combined Liverpool and Manchester United XI.

Who would do such a thing? The same kind of person who would pick seven Liverpool players and four United ones in an aforementioned XI before tipping United to win 2-1, that’s who.

Paul Merson gets paid to talk about football yet picks Luke Shaw over Robbo in a combined United-Liverpool XI.

Ole rancher
‘Why Sir Alex – and not Solskjaer – could give Man United team talk before crunch Liverpool showdown at Old Trafford’ – Daily Mirror.

Not sure he meant the entire team talk, guys.

‘One of the snaps showed the defender on a stretcher with his leg raised, and some fans were left suggesting he displayed more than he would have wanted.

‘However the right back, having seemingly received plenty of Instagram notifications, eventually cleared up the situation.

‘The former Barcelona youth-team player shared another picture from a different angle, and confirmed that it was “just a pair of weights”.’

So his testicles weren’t showing in injury update post at all? Still, nice headline.

Claud nein
‘Claudio Ranieri says he can pull off a miracle at Fulham – because he has done it before.

‘The Italian boss, 67, kept both Parma and Cagliari up after they looked doomed before he took charge mid-season.’

Parma were three points from safety with 16 games left when Ranieri was appointed in February 2007. Fulham are eight adrift with 12 games remaining.

And how did Cagliaria look ‘doomed’ when he was made manager in the summer of 1988 before going on to win Serie C that same season?

The real question is how many ‘JUST HOURS’ it was before.

Recommended reading of the day
Rory Smith on Tottenham.