Home F365 Says What do Man Utd want from a sporting director? 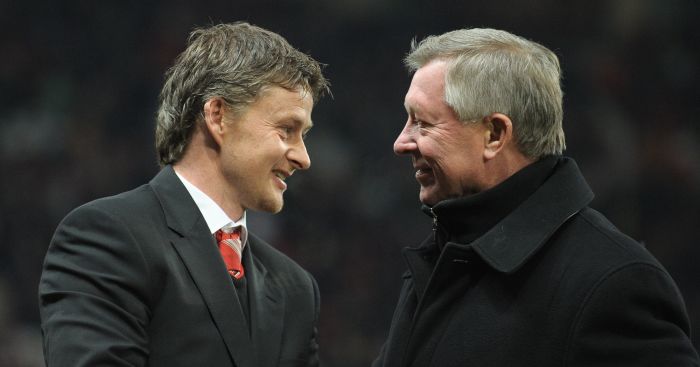 Reports on Tuesday morning suggest Manchester United wish to hire a sporting director or a director of football before they conclude their ‘thorough recruitment process’ for a new manager. That being true, it represents the second smart decision from Ed Woodward’s office in little over a month. A new manager may be the headline appointment of 2019, but it is unlikely to be the most important at Old Trafford.

Placing their new manager in the midst of a confused, not-fit-for-purpose hierarchy would be another attempt by Woodward to place United’s cart before its horse. After five-and-a-half years thrashing around following the Sir Alex Ferguson era, it seems the club are serious about modernising their structure; in which case, the appointment above a first-team coach needs to be the primary focus.

But the range of candidates linked with a position that is not only new to United but still in its infancy within the Premier League, hints at further confusion over how they want their new leadership structure to look and operate.

The titles of technical director, sporting director and director of football have been interchangeable within the many column inches that the story has dominated. United fans can only hope that Woodward has a more specific idea than either the media or the fanbase crying out for this change.

Paul Mitchell is the name that comes up more often than most. The 37-year-old is currently serving RB Leipzig as head of recruitment and development having moved to Germany after occupying similar talent-spotting roles at Tottenham and Southampton.

Recruitment is perhaps the most obvious flaw within United’s current structure. The transfer market has long been a problem at Old Trafford but never more was it highlighted than last summer when Jose Mourinho was left furious that his targets were not being chased while nobody could say exactly who was vetoing his choices. The top figures at the club were happy to brief journalists why the likes of Harry Maguire, Jerome Boateng and Toby Alderweireld were not aggressively pursued, but who was in place between Mourinho’s staff and former chartered accountant Woodward to make such assessments?

Woodward has been counting upon head of corporate development Matt Judge, described in some parts as United’s transfer negotiator, and John Murtough, the Premier League’s former head of elite performance and Everton’s ex-academy chief. Murtough has been serving as United’s head of football development since 2013, a role which bears passing resemblance to that of a sporting director and one that saw him play a large role in steadying the academy ship when it was drifting and rudderless around 2015. But no responsibility has been attributed for the club’s staunch refusal to give Mourinho what he wanted.

Rather than restructure, Woodward is keen to recruit and – wary of United’s interest in their employee – Red Bull are said to be keen to offer Mitchell a promotion to the position of head of global football, a role overseeing all the clubs within their portfolio. Whether that would be enough to convince Mitchell, a Mancunian by birth, to turn down a prominent position at Old Trafford remains to be seen.

United are exploring other options. Former Juventus CEO Giuseppe Marotta and current sporting director Fabio Paratici were among the first candidates to be linked with the Red Devils, but both have since undertaken new roles – Marotta at Inter while Paratici has been promoted by Juve. Monchi, the ‘transfer genius’ currently employed as Roma’s director of football, is an obvious candidate, while Tuesday’s story suggests Edwin van der Sar is under consideration.

The former goalkeeper’s ties with United mean that it is inevitable his name will be thrown into the hat, but Van der Sar’s role at Ajax has been rather different to what many believe is required at Old Trafford. Van der Sar returned to the Amsterdam club as marketing director after gaining a masters degree in sports and brand management following his retirement as a player in 2011. He was promoted to the role of CEO, with Marc Overmars in the director of football role at the Johann Cruyff Arena.

“I could have made lots of money being a club ambassador at United and getting jet-legged while endorsing beer but I wanted to aim for something different,” Van der Sar told Marketing Weekly in 2015 about his post-playing career choices and the 48-year-old has achieved that. But although his past association with the club is an obvious attraction, his business skills set is not one that United currently lack.

You cannot blame United fans for longing to see a familiar face in such a prominent position. Since Ferguson and David Gill departed in 2013, United have strayed too far from their core principles as the money-making machine has lurched from coach to coach, each looking to stamp their mark on the club. Gary Neville suggested last week that no other coach should come to Old Trafford looking to implement their own philosophy when the club already has one which stood the test of time for decades.

Ole Gunnar Solskjaer’s early success as caretaker manager lends further credence to that view. Since his return to the club, the former striker has been at pains to highlight the return of traditional United values and his presence has dramatically altered the mood within the club and around Old Trafford.

If results continue in a similar vein, then Woodward has a problem with Solskjaer. The clamour for the Norwegian to be given the permanent manager’s job is growing by the day, which is a reality Woodward perhaps did not anticipate quite so soon after sending an SOS to Scandinavia last month. United’s intention was to source a more experienced coach, like Mauricio Pochettino, but Solskjaer cannot simply be dispatched back to Molde if he so obviously overachieves.

If United are looking for a figurehead above the coach, then Woodward may well consider Solskjaer, if indeed the vice-chairman sticks to his plan of recruiting a coach from outside the club this summer. Few know United better than Solskjaer, who has worked alongside the academy as reserve team manager and now as first-team boss. He is the kind of unifying figure United have sorely lacked in recent years, one who can link the club’s past with its future. If Woodward does not feel comfortable offering Solskjaer the permanent manager’s job, then a position of influence within the new structure could be a compromise.

But United are not a club short of ambassadors so the Norwegian would need to be far more than a figurehead; they need fresh thinking in addition to someone with greater authority to preserve their traditional values. A glance down the M62 at what Liverpool have achieved on Michael Edwards’ watch should be enough to reinforce that view.

Woodward has a clear idea of who he wants to be the next manager of Manchester United. Before he identifies his preferred candidate to take the sporting director role, he first needs to pin down the job specification even if,  just as Arsenal are learning, the division of power and influence will take longer to shape beyond the most important summer in United’s recent history. And, most likely, the process will require more appointments than just the two most eagerly anticipated.