Home Chelsea What does Chelsea ‘success’ look like for Frank Lampard? 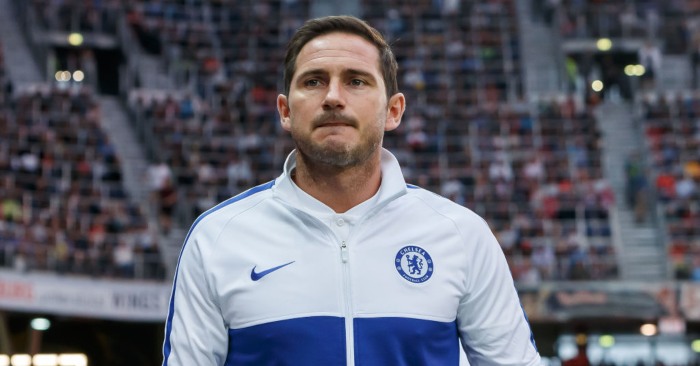 What does success look like for Frank Lampard at Chelsea this season? Is the bar set lower than ever before? How far can his legendary status carry him?

At the start of last season – when Derby County were being renamed ‘Frank Lampard’s Derby County’ – his calling as Chelsea manager still seemed like an awful long way off. One year later and he’s in.

Why? Chelsea did not seem lot have much of an option in truth. It seems like they’ve been through most managers already. They’ve now got no choice but to turn ex-players into managers just to have someone to fill the void. John Terry next…then Celestine Babayaro?

Chelsea managers have been held to a higher standard than any other in England for the last 15 years. An owner with a twitchy trigger finger and fans spoiled by success equates to a conveyor belt of managers – the great and the good fired for the merest semblance of failure. Carlo Ancelotti winning the double – not good enough. Only the FA Cup? Sling your hook. A Champions League victory? Pffft. Trying to change the style of football and winning the Europa League? “F**k Sarri-ball.”

Success in the Roman Abramovich era has always meant trophies – but for the first time this season the goalposts have been moved. Chelsea under ‘Super Frank’ Lampard are now playing by a different set of rules brought about by a unique set of circumstances.

Even without the transfer embargo, his legendary status would still grant him some breathing space. Add an inability to sign players, the loss of your best player and a requirement to blood the youth at Chelsea and Lampard will be given more time and leniency than any Chelsea manager before and maybe after him.

Chelsea fans can be forgiven for their insatiable thirst for success – 16 major trophies in 16 years will do that. Lampard should not and will not be judged by those tangible rewards in his first season; a philosophy change is required at Chelsea and expectations need to be managed to facilitate that philosophy change.

So what does success look like? A top-six finish, a place in the Champions League knock-out rounds and three or four landmark victories against the top Premier League sides should see Lampard keep his job – even if it’s unlikely anyone would use a Matchbook new customers bonus code to back this outcome, but only under the proviso that he uses the much-fabled youth team products at his disposal – that is how Lampard will be truly judged. The fans want to see Mason Mount play defence-splitting passes and Callum Hudson-Odoi making a mockery of full-backs – they don’t want to see them sitting on the bench while players without a long-term future keep them out of the team.

Easier said than done. This is still a results-based industry and despite the expectation that the Chelsea board and fans will allow Lampard more leeway, it’s not enough to simply play those young footballers; they have to improve too. Lampard will find that the excuse of a lack of experience for losing games has a very short half-life – particularly if they start to slide down the table.

The key is for everyone to hold their nerve – Lampard, the board and the supporters. Swallow the inevitable poor performances that come with inexperience, celebrate the exhilarating wins that come with youthful exuberance, and revel in that thing all football supporters crave – the homegrown talent success story. If Lampard can provide all that then his legend will grow rather than dwindle – as every Chelsea fan fears.

Expect the end-of-year report to be titled ‘flashes of brilliance and stupid mistakes’. Club and fans should both be happy with that.