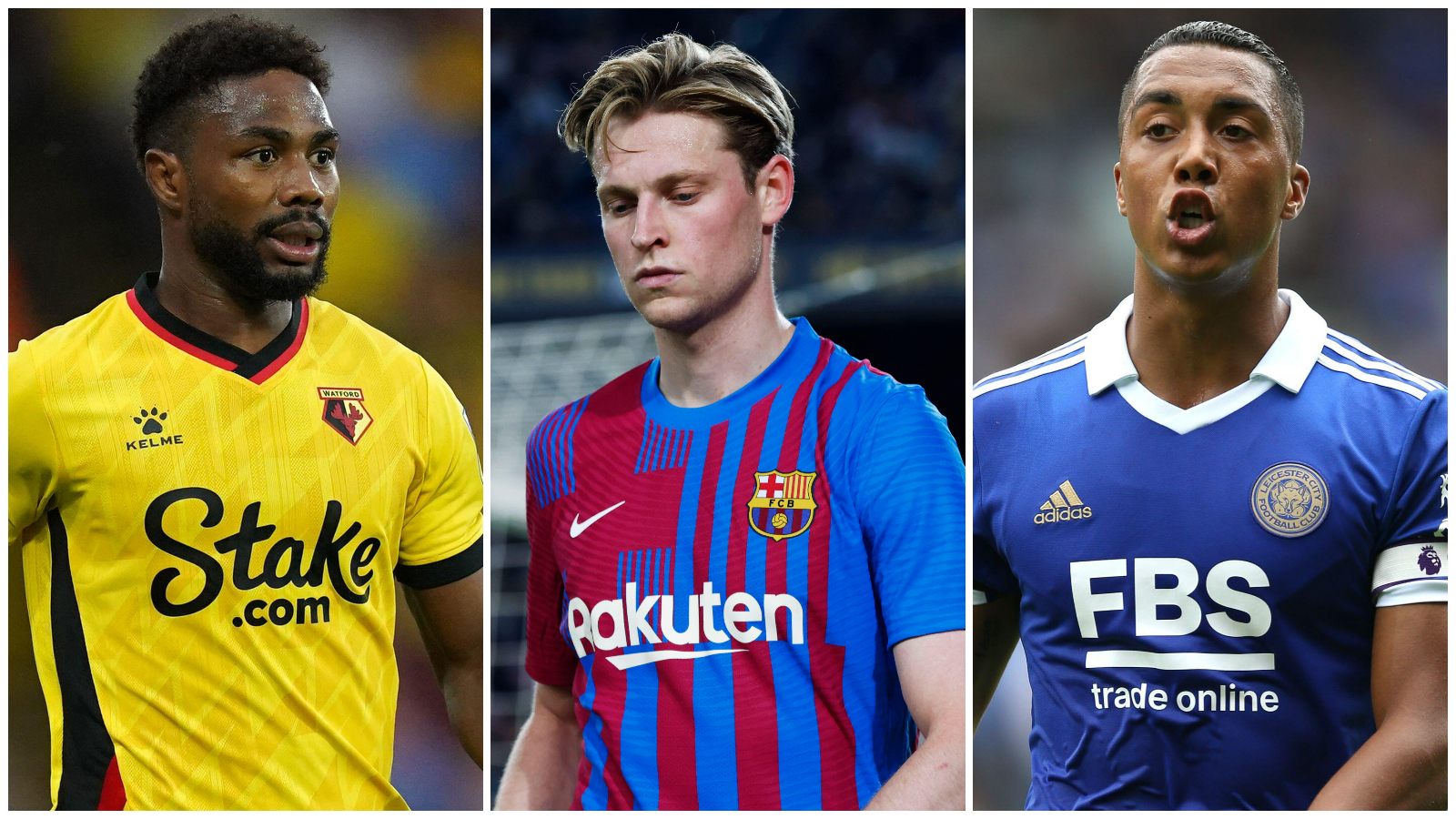 With less than three weeks to go before the transfer deadline, we’ve had a look to see what every club needs most.

It’s a pretty even spread, though attacking players are likely to be most in-demand…

Arsenal – a no.8
“You can see we are still a little bit short in some positions for the way that we want to play,” said Mikel Arteta at the end of last month despite having spent £120million. Which means they have to shift some deadwood first. Once they have shoved a couple more through the door, then they might finally get around to signing Youri Tielemans. Leicester should be extremely motivated to sell since the Belgium midfielder is well into the final year of his contract.

Aston Villa – another midfielder
Similarly to Arsenal, Villa seemed determined to get their business done early but they are still left feeling like they need more. Primarily in midfield, despite the arrival of Boubacar Kamara, the permanent signing of Philippe Coutinho and renewed optimism over a new deal for Douglas Luiz. They could also do with another striker, though not because they are short in numbers.

Bournemouth – centre-back
Scott Parker played Jefferson Lerma as one of three centre-backs on the opening day but the Cherries need a specialist in that position, even in addition to Marcos Senesi’s arrival.

Brentford – no-one
Brentford are well set after signing Mikkel Damsgaard. If they can shift some fringe players, this will be a splendid summer indeed for the Bees.

Brighton – left-back
The Seagulls got rather more than they might originally have hoped for Marc Cucurella but now the Spaniard needs replacing at left-back to give Graham Potter the flexibility he enjoyed last season to switch systems.

Chelsea – centre-back
Obvs. A centre-forward would be good too since Romelu Lukaku and Timo Werner have been ushered through the exit door.

Crystal Palace – central midfielder
Palace needed a midfielder even before Conor Gallagher returned to Chelsea. They got one in Cheick Doucoure but still they could do with another. It wouldn’t be a huge surprise to see Gallagher return for another season in the late days of the window. Christian Benteke’s departure also leaves Patrick Vieira a little light in attack.

Everton – forward
The Toffees are suddenly looking far better equipped than they were a fortnight ago, but after losing Richarlison, Frank Lampard is still short of a versatile forward, as evidenced by the choice of Anthony Gordon through the middle last week, even if that’s where the youngster fancies himself long-term.

Fulham – winger
The Cottagers’ defence had a distinctly Championship feel to it on the opening day, but the signings of Shane Duffy and Issa Diop at least add to Marco Silva’s options. So where they appear barest is in the wide positions, especially after Manor Solomon knacked his knee. Justin Kluivert and Josh Zirkzee have been mentioned as possible targets.

Leeds United – forward
Leeds hung in there with Charles De Ketelaere until AC Milan finally got around to signing the Belgian from Club Brugge. But missing out on their main target – and Rennes-bound Arnaud Kalimuendo – has left Leeds still looking for a player capable of bolstering their forward line. They were willing to pay in excess of £30million for De Ketelaere so money shouldn’t be a problem.

Leicester – Chelsea and Arsenal to pull their fingers out
With less than three weeks left of the window, Brendan Rodgers is still waiting on other clubs to come and take his players. Which they know, so they are turning the screw on the Foxes in the knowledge Rodgers needs the money to refresh his squad. When/if he gets the opportunity to do that, Rodgers has been wanting a right winger for a while, and a replacement for Fofana will need to be sourced if Chelsea opt to make him the world’s most expensive defender.

Liverpool – midfielder
Jurgen Klopp said his business was done weeks ago. But still the temptation must be to add a midfielder to his ranks should the opportunity arise. Thiago’s opening day injury was said to have increased that urge, but it’s hardly as though the Spaniard is out long-term. Can he be relied upon to stay fit consistently, though?

Manchester City – left-back
Even if you can understand why they allowed Chelsea a free run at Cucurella, the left-back position is such an obvious weakness. Selling Oleksandr Zinchenko for £30million first has been a little problematic but it’s hard to believe that the champions won’t address the only concern they currently have.

Manchester United – Frenkie De Jong
United have gone so hard and long for De Jong, it’s going to be a huge blow if, as now seems likely, they don’t manage to get him. Erik ten Hag has reportedly refused to consider alternatives, but if McFred is the only other option, then he has little choice. Adrien Rabiot could be a useful addition, but United’s engine room still needs more. Ten Hag wants a forward too, though a central option should be prioritised over another wide player.

Newcastle – forward
They are trying to sign another attacking player, and while you have to appreciate their resolve not to over pay, you can’t make a song and dance about being filthy rich and then get uppity when selling clubs ask for a premium price.

Nottingham Forest – striker
Having signed a dozen new players, you might think Forest had satisfied their needs. Nope. They still look short up front, though it seems they are looking to address that by signing Emmanuel Dennis from Watford.

Southampton – striker
A few Saints would prefer a new manager to more new players, if reports are to be believed. Regardless who is in the dug-out, Southampton still need another forward after returning Armando Broja to Chelsea. Che Adams’ possible exit only heightens that need. Saints defence still looks ropey too.

Tottenham – if anything, a midfielder
Do Spurs really need anything else? Once they get Destiny Udogie off a plane from Udinese, that’ll be seven signings this summer, six of which really strengthen Antonio Conte’s squad by addressing prior weaknesses or upgrading what they had. Maybe another attacking midfielder would be nice, but Spurs already look well set.

West Ham – centre-back
The Hammers chucked £30million on a centre-back only for Nayef Aguerd to get injured before he kicked a ball in the Premier League. Selling Diop to Fulham leaves them even shorter but also suggests they will swell David Moyes’ defensive ranks in the coming fortnight. Moyes is also light in central midfield, especially with another Europa League campaign looming.

Wolves – forward
Bruno Lage would doubtless strengthen through the spine of his team if he could but with money tight, a striker should be the priority, especially with Raul Jimenez injured. Wolves look short of quality in depth but Lage looks like having to stick with what he’s got unless they raise some funds through sales.