Home Competitions Championship Aston Villa News What happened to these England U21 internationals?

Five players, all regulars in the same England U21 squad, all with Prem nous. So how did they end up there? 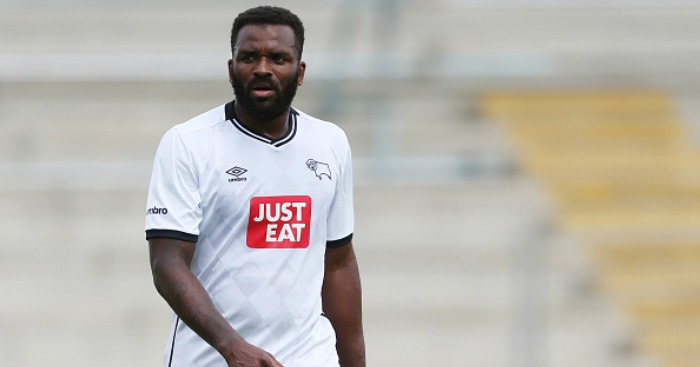 Ahh, the England Under-21 national team. Champions of the 1982 and 1984 European U21 Championships, the Young Lions have a proud history of blooding the country’s most promising players, providing them with a platform of competitive football on an international stage.

In perhaps the most James Milner statistic of all time, the Liverpool vice-captain holds the record for most appearances for the England Under-21 side, having earned 46 caps before stepping up to the national squad. Alan Shearer and Francis Jeffers share the goalscoring record with 13 each, a testament to the unpredictability of each player’s respective career paths. While some build on their progress with the youth squads, and break into the first team, some struggle with the step up. The classes of 2001-2005 provide a stark example.

Jermaine Pennant – England Under-21 caps: 24. Current club: Unattached
It has been quite the career for Jermaine Pennant. Arsenal signed the winger for £2million at the age of 15, and he scored a hat-trick on his full league debut against Southampton. Four loan spells followed as Pennant understandably struggled with competition from Robert Pires and Freddie Ljungberg, but England were aware of his talents. While Pennant fleeted from Watford to Wigan to Leeds to Birmingham from 2002 to 2005, the winger made 24 appearances at Under-21 level. Liverpool were suitably impressed, signing him from Birmingham for £8million in 2006. Pennant was still just 23.

His first season at Anfield culminated in a Champions League final against AC Milan, where Pennant was one of the stand-out players in eventual defeat to the Italians. An England senior call from Steve McClaren was not forthcoming, and Pennant had left Liverpool by 2009. Yet he remained in the Premier League, playing for Portsmouth and Stoke as recently as 2014. Now 32, Pennant’s next port of call after a spell in India is a trial at a Singaporean club.

Nigel Reo-Coker – England Under-21 caps: 23. Current club: Montreal Impact
There were many surprises among Eriksson’s England squad for the 2006 World Cup. Theo Walcott, then with zero minutes of Premier League action, was chosen as one of his 23, as was previously uncapped Aaron Lennon. Wayne Rooney with a broken foot and Michael Owen with no discernible hamstrings also made the cut, while Jermain Defoe was a shock exclusion. That Nigel Reo-Coker’s call-up to the standby list was not greeted with gasps is a shock in itself.

Reo-Coker, then 22, and captain of a West Ham side who had narrowly missed out on an FA Cup win just months prior, was perhaps even unlucky not to be selected as part of England’s 23-man squad. The Hammers had finished ninth in their first season since promotion from the Championship, and the diminutive Reo-Coker was central to their success. The midfielder secured a move to Aston Villa in 2007, which was a much nicer prospect nine years ago than it is now. He helped Martin O’Neill’s side reach back-to-back sixth-place finishes in the Premier League, as well as the knock-out stages of the Europa League in 2009. Seven years on, and the 31-year-old is playing MLS football with Montreal Impact. The England ship may have sailed for Nigel Mediocre.

Nicky Hunt – England Under-21 caps: Nine. Current club: (Mighty) Mansfield Town
Talk about a downward spiral. Nicky Hunt’s career began at Bolton, his professional debut marked by replacing Colin Hendry as a substitute in 2001. Bolton were promoted from the First Division that season, and Hunt would not play second-tier football again for another seven years. Hunt became a regular Premier League right-back under Sam Allardyce, but slowly found game time more difficult to come by. In 2008 he was loaned out to Birmingham in the Championship, then joined League One Preston in 2011, and League Two Rotherham in 2012. He remains in the fourth tier, plying his trade at Mansfield Town. He has played 15 of 24 games for the Stags this season.

Leroy Lita – England Under-21 caps: Nine. Current club: AO Chania
It could have been so different for one Leroy Lita. Now known solely as one of the ‘top ten freak injuries’ – damaging a leg muscle ‘stretching in bed’ eh, Leroy? – the Englishman was never a fearsome goalscorer, but at least a respected one. He scored 16 goals in 56 games for a newly promoted Reading side from 2006 to 2008, having helped them up from the Championship with a record points total. The former Chelsea youth had six goals in nine appearances for England Under-21s, of which he only started three. Yet Lita never received a senior call-up. Carlton Cole played six England games in 2009, and Gabby Agbonlahor played twice from 2008 to 2009. Even Jay Bothroyd managed one cap. Poor Leroy is now playing in Greece’s second division. He only turned 31 late last month.

Darren Bent
While each of the above players failed to gain recognition on the England senior stage, Darren Bent did. But one cannot help but ask: Why is he playing in the second tier?

Bent has 106 goals in 276 Premier League appearances across 12 seasons in England’s top division. Whether Sandra Redknapp could have scored more than the striker in that time is unknown, but Bent’s experience is unquestionable.

So why does he find himself in the midst of a promotion race in the Championship? Just four-and-a-half years ago, Bent moved to Aston Villa for a potential fee of £22million. Two years prior, he joined Sunderland for £16.5million. The latter are the lowest scorers in the Premier League, and both are stranded in a relegation battle. It’s difficult not to wonder whether Bent could have helped either in their predicaments. Then you look at his record for Derby this season: 14 appearances, one goal. Oh.

Still, he’s only 31, and has 13 England games and three international goals to his name. Even then, he couldn’t surpass his Under-21’s tally of 14 games and nine goals. There’s still hope, Darren.