Home Mediawatch What if Ronaldo and Messi were from Armenia? WHAT THEN? 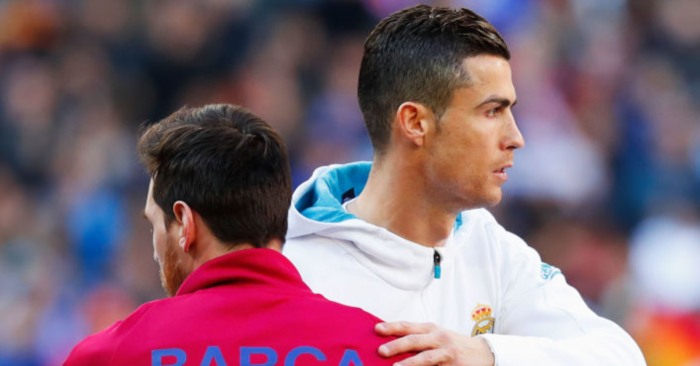 The world’s greatest ‘what if’
Stan Collymore in the Daily Mirror on the Europa League final: ‘Let’s say the game was Barcelona versus Juventus and Lionel Messi versus Cristiano Ronaldo, and either one or both was Armenian. Because it’s just by a quirk of fate that they’re not.’

He’s right, you know. What if Barcelona and Juventus had both dropped into the Europa League this season and what if the very best players in the world just happened to be from a country with a population of three million that is ranked 106th in the world? What then? Answer that, UEFA.

Grand designs
Stan Collymore, Daily Mirror, September 2018 on Wolves: ‘They have everything in their armoury to be able to win 85 to 90 per cent of home games…’

Stan Collymore, Daily Mirror, May 2019 on Wolves: ‘I’m delighted that Wolves are in the Europa League next year and would not be at all surprised if they reached a semi-final, the final – or even won it.’

Next year: Stan Collymore predicts that Wolves will win both the Premier League and the Eurovision Song Contest.

Oh Stan
Stan Collymore on the Champions League final: ‘But I’ve been involved in enough finals and seen enough to know you want momentum and that a little break can just blunt your tools a bit.’

Pesky fact: He’s played in one final. He lost.

If I could
Congratulations are due to Samuel Luckhurst of the Manchester Evening News on his ‘exclusive’ that ‘Ole Gunnar Solskjaer has set Manchester United a deadline of next year to sell unwanted players as part of his squad rebuild’.

There is such clarity in this exclusive that we know Luckhurst absolutely has the inside track on transfer shenanigans at the club.

* ‘United are open to jettisoning Alexis Sanchez and could let Romelu Lukaku leave if they receive an acceptable fee amid interest from Internazionale.’

* ‘Ashley Young, who turns 34 in July, is expected to leave United next year and the club could decide against triggering the one-year option in Nemanja Matic’s contract.’

* ‘Matic will be 32 before the start of 2020-21 and Axel Tuanzebe could force out Phil Jones or Chris Smalling, since both were offered new contracts before Solskjaer’s appointment.’

* ‘Should United fail to sell Timothy Fosu-Mensah and Cameron Borthwick-Jackson this summer the pair could be let go in a year’s time.’

Literally the only thing Luckhurst knows for certain is that ‘United have already removed Antonio Valencia and Ander Herrera from the first-team player profiles’. And he’s right. The rest of it could just be guesswork.

What’s £10m between friends?
The Daily Mirror bill it as ‘THE £170M MATCH’. The Daily Mail call it ‘the £170million match’ and The Times say the victory ‘will earn Villa about £170million in additional revenue’.

So what’s on the back page of The Sun?

There’s always one. And it’s usually them.

Stinky boots
And then on The Sun website, they address the biggest issue in football: Jack Grealish’s old boots.

‘ASTON VILLA skipper was quizzed on his battered and torn footwear in an interview after securing promotion back to the Premier League. With £180m in the bank after getting back in the top flight, Grealish can buy some new ones.’

This just in: That’s not how this works.

Here comes the rain again
We’re not saying that news out of the England camp ahead of the Nations League is hard to come by (we are saying exactly that) but MailOnline’s ‘story’ really is a doozy. Here’s the headline:

This is what happens when you are asked to create an entire story around five images. This is particularly hard when you also have to caption those five images.

Oh and if you are wondering what ‘enjoying the rain’ entails, it is this:

It looks awfully like ‘shouting while it happens to be raining’ to Mediawatch.

There is De Ligt that never goes out
Somebody has told the bods at the Daily Express website that Manchester United fans are searching for ‘Matthijs De Ligt’, ‘Man Utd’ and ‘transfer’.

‘The ONE reason Matthijs De Ligt will join Manchester United over Barcelona – Castles.’

And we’ve only gone back 12 hours.

Miguel Delaney on the greatest show