Home F365 Features So what the f*** is the Premier League’s Project Big Picture? 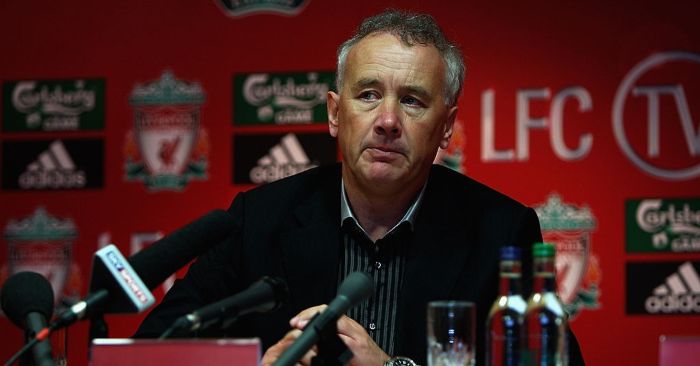 Sunday brought quite the exclusive from the Daily Telegraph on the Premier League’s ‘Project Big Picture’. It is a terrible name but an incredible story.

But there was a lot of information to take in, plenty of jargon to sift through. So consider the following an idiot’s guide by an idiot, asking the who, why, when, what and how it impacts everyone from the silent forces behind the plan to those it is purported to rescue.

What is Project Big Picture?

An 18-page document that, according to the Telegraph, proposes ‘the biggest changes to English football in a generation and an extraordinary overhaul of the Premier League’.

When could Project Big Picture come to fruition?

Its supporters suggest it would come into effect for the 2022/23 season, requiring four Premier League relegations and two Championship promotions in the 2021/22 campaign.

Who is behind Project Big Picture?

EFL chairman Rick Parry, along with Liverpool principal owner John W. Henry and director Mike Gordon, are most closely associated with the plans. But Manchester United co-chairman Joel Glazer and executive vice-chairman Ed Woodward, as well as Chelsea chairman Bruce Buck and FA chairman Greg Clarke, have either been involved in discussions, authored parts of the document itself or both.

Football League clubs are facing the imminent threat of extinction due to the effects of an ongoing global pandemic that has obliterated match-day revenues. There have been calls for the Premier League to provide financial assistance to safeguard the league system but that in itself will come at a cost.

How does Project Big Picture help them?

The key figure is the immediate £250m bailout Football League clubs would receive from the Premier League. That is comprised of £50m to cover lost matchday revenue for the 2019/20 season, and £200m for the current campaign.

This would involve the Premier League taking out a loan but forwarding the money as an advance payment, as Parry says the former “could never have been repaid under the existing terms and revenue of the English pyramid”.

The Telegraph add that the £250m would be ‘deducted from future television revenue earnings’.

So why is there Football League opposition?

Some ambitious Championship clubs are dissatisfied with the prospect of parachute payments being removed. The introduction of stringent salary caps could also be seen as restrictive by some, albeit a necessary measure to ensure sensible spending by others.

It would also make it eminently more difficult to earn promotion to the top flight. One chairman at a lower-league club warned The Athletic that it could “lead to the formation of a Premier League 2”.

What other financial proposals have been made?

The FA would receive £100m in grants to cover their own operational losses (£55m), as well as helping out clubs in Leagues One and Two (£25m), the Women’s Super League and Championship (£10m) and grassroots (£10m).

A quarter of the Premier League’s combined annual media revenue would go to Football League clubs instead of the current 8%, increasing income per club in the Championship by £15.5m, in League One by £3.5m and in League Two by £2.3m.

Six per cent of gross Premier League revenues would go towards stadium improvements across the top four divisions, amounting to £100 per seat.

What other key changes have been suggested?

A reduction of teams in the Premier League from 20 to 18, with all fixtures played on weekends to create space for potential additions to the European calendar.

There would be two automatic promotion places from the Championship, with the teams finishing third, fourth and fifth entering a play-off with the 16th-placed Premier League side for the final spot.

The abolition of the League Cup and Community Shield, or at least the adaptation of the former to no longer include clubs in European competition.

The abolition of parachute payments for relegated clubs, to be replaced by a more equitable apportioning of the Premier League’s 25% revenue share. The Telegraph claim this is designed to ‘discourage Championship clubs from gambling recklessly on promotion’.

The capping of away tickets at £20, subsidised away travel, the possible return of safe standing and a guaranteed away allocation of 3,000 or 8% of stadium capacity, whichever is higher.

Alterations to the loan system allowing Premier League clubs to have 15 players out on domestic loan, including up to four at any one club, with the ability to recall players in the event of a managerial change.

Clubs in League One and below would not be required to run an academy.

The creation of a new women’s league independent to the Premier League and FA.

Do the TV deals come into it?

The 3pm blackout would continue to be enforced, while no more than 27 games per club per season will be shown on live UK television.

This will allow Premier League clubs to retain the exclusive rights to sell eight live games a season to fans through their own digital platforms, with teams in the first and second tiers allowed to show limited highlights of games through the same means.

And this thing about the nine clubs?

Perhaps the most contentious proposal is to supersede the current one-member one-vote system, whereby each club is given an equal say and a majority of 14 is needed to pass any new Premier League ruling. That would remain in certain votes but under ‘Special Voting Rights’ the nine clubs who have spent the most time in the top flight during their current spell would be granted “long-term shareholder status” and only six need to vote in favour of a change for it to be enforced.

Those teams – Arsenal, Chelsea, Everton, Liverpool, Manchester City, Manchester United, Southampton, Tottenham and West Ham at the time of writing, although Fulham and Stoke are among those that would have been granted such status in recent seasons – would be able to amend rules and regulations, remove the Premier League chief executive and even veto a new owner’s attempt to take over a rival club.

When where these plans formed?

As far back as 2017. While the current crisis has forced the situation forward somewhat, there has long been a clear desire to impose stricter cost control measures to ensure sustainability at each club and every level of the football pyramid. EFL chairman Parry has referenced two economic factors in particular: Championship sides spending 107% of their revenues on wages in 2019/20, leading to operating losses of £382m across the league; and parachute payments making up 30% of the total turnover of the second tier last season despite only seven clubs receiving them.

“The fact that two seasons ago you have Huddersfield earning £97 million and Leeds £8 million – it’s not bridgeable,” he said, with Huddersfield now 31 places below Leeds in the league ladder.

How well has Project Big Picture been received?

The Premier League called for “a wide-ranging discussion on the future of the game” but demanded that “this work should be carried out through the proper channels enabling all clubs and stakeholders the opportunity to contribute”, suggesting some of the plans would have a “damaging impact”.

The Department for Digital, Culture, Media and Sport expressed their “surprise and disappointment” at the “deeply troubling” attempt to “create a closed shop at the very top of the game,” stressing that “fans must be front of all our minds”.

The Athletic report on ‘fears from some opposing teams alleging it is a power grab’, adding that one Premier League club executive ‘was furious’ to learn of the news online, with other sources expressing concern at the attempt to ‘create more space in the calendar for European competitions,’ as well as the UEFA-style FFP restrictions that would make it difficult for any new owner to challenge the established elite. Some Championship clubs targeting promotion were also “highly unimpressed” at the “greed”, while Premier League teams outside the Big Six are not likely to be too enamoured.