Home F365 Says What is the point in Southampton FC anymore? Well… 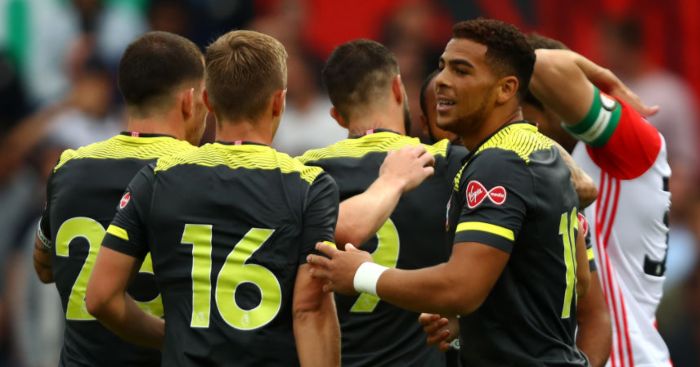 There was a time, coinciding with the reign of Mark Hughes, that football just started happening to Southampton rather than the club being an active, sentient participant. From his appointment in March 2018 to his sacking that December, the club won five of 27 matches, scoring 22 goals and conceding three or more on seven separate occasions. His proud record of never having been relegated was accidentally maintained with a 1-0 victory over Swansea in their penultimate game of the 2017/18 season, with goalscorer Manolo Gabbiadini only introduced as a substitute in the 68th minute after Alex McCarthy contrived to give teammate Jan Bednarek a concussion.

The trendsetters had become the bedwetters. Hughes hardly channeled Bear Grylls to achieve survival, taking eight points from as many games to finish exactly where he started – in 17th, one point above the relegation zone. Yet Southampton, in their desperation to retain some form of consistency and stability, surrendered their identity to reward mediocrity with a three-year contract.

‘What is the point in Southampton Football Club anymore?’ this site was asking by September. ‘Football fans might seem like a demanding lot, but all they really want – what they really, really need – is the credible impression that their club might at least be trying to go somewhere. Because if not…what’s the point?’

Two months later, Saints asked themselves that very same question and struggled to muster an answer. Out went the old, tired and dated management style of a man who knew the league and its pitfalls rather too well, and in came the fresh, invigorating and rejuvenating approach of a coach just four years younger but infinitely more youthful. Southampton were stuck in the middle of nowhere with Hughes, but Ralph Hasenhuttl has led them on a journey to rediscovery.

They had undoubtedly lost their way. The club that once replaced Alan Pardew with Nigel Adkins in 2010 went on to establish themselves as the figureheads of footballing forward-thinking with the appointments of Mauricio Pochettino and Ronald Koeman. But a couple of missteps in Claude Puel and Mauricio Pellegrino led to the lurch back. The circle was complete.

Hasenhuttl has not broken the cycle; he has merely reset it. Southampton have a purpose again. Instead of casting worrying glances at the quicksand beneath their feet, they are daring to look up from solid foundations.

As meaningless as pre-season friendlies tend to be, they can define and capture a mood. While the European champions panic because of three losses from six summer games, a team that finished 58 points behind them this past season has fostered a powerful sense of positivity. Southampton have played four games in four different countries, winning three and drawing one.

That a new signing has scored in each of those matches only adds to the feeling of progress. Che Adams looks like an inspired purchase and a settled Danny Ings is a dangerous, hard-working and selfless forward who possesses Jurgen Klopp’s official seal of approval. With Nathan Redmond operating behind them, and Moussa Djenepo providing a new dimension, the attack looks blunt no more.

Perhaps Southampton had to fall back to stand still and even move forward. A club built on producing a never-ending line of talent to be plucked by bigger and better sides has finally stopped the conveyor belt. This is set to be the first time in six years that no integral first-team player has left St Mary’s. After 2014 (Lambert, Shaw, Lallana, Lovren, Chambers), 2015 (Clyne, Schneiderlin, Cork), 2016 (Mane, Wanyama, Pelle), 2017 (Rodriguez, Fonte) and 2018 (Van Dijk, Tadic), it has been a refreshing and necessary change. Southampton are finally taking stock instead of simply selling it.

That 2013 also saw the most stark change of all – swapping Adkins for Pochettino – neatly sums up the tumultuous nature of life on the south coast. There can only be so many revolutions until you spin out of control and lose your grip on the wheel. After his predecessor almost took them entirely off course, Hasenhuttl has embraced evolution to get Southampton back on track.