Home F365 Says What is the point in Southampton Football Club anymore? 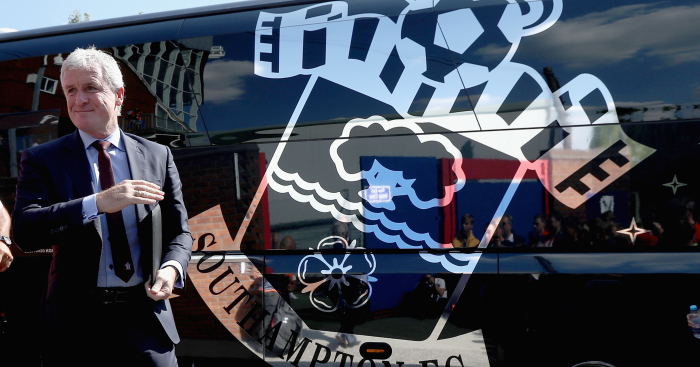 What is the point in Southampton Football Club anymore?

It isn’t to inspire a community with exciting, attacking football, otherwise they wouldn’t have successively appointed Claude Puel, Mauricio Pellegrino and Mark Hughes. If those three were noises, they’d be a series of increasingly exasperated sighs, three grunts echoing off a dirty kitchen sink, a trio of teenagers limply protesting being given additional homework.

They aren’t looking to break into the European spots and take the side on a whirlwind adventure around the Europa League. They were there in 2015/16, going out to FC Midtjylland in the qualifying stages following a 1-1 draw and a 1-0 loss, as all Southampton games now appear to end, like they believe football scores can only ever be represented in binary. And then they got there again the following season, going out from a group where Sparta Prague and Hapoel Be’er Sheva progressed (four out of six scorelines entirely in binary there).

Southampton have instead become the footballing embodiment of the meme in which a cartoon dog sits in a burning house, happily drinking tea and telling himself ‘this is fine’. They have the best defence outside the top five and the worst attack in the top 14. They have so far taken four points from four games, scoring four and conceding four. They are a bag of unflavoured crisps, a magnolia-covered unfurnished rental property, buttered bread with no accompanying soup.

So seriously, what is the point of Southampton Football Club anymore? Where are they going? What do they want?

Football clubs need a reason for being. We have seen with Stoke, Swansea, Sunderland and Aston Villa that if a club doesn’t pick itself a direction – any direction – then the decision is made for them, and it is always down. The Football League is littered with former top-half Premier League clubs that lost their way and never came back, former magnificent galleons now bobbing uselessly in the ocean void.

Exacerbating the issue is the fact that clubs coming up from the Championship now tend to come with a particular plan, whether that’s spending their money plentifully and well (Wolves), cultivating a playing style (Huddersfield, Fulham), or embracing the sheer determination not to waste their chance after unthinkably clawing themselves up from the brink of extinction (Brighton, Bournemouth).

Southampton used to be one of them. Their model was simple but brilliant: buy unpolished gems, shine them up real nice, prove them suitable for the Premier League, and then sell them on to Liverpool. Between 2013/14 and 2016/17, they finished 8th, 7th, 6th and 8th. For a while, it wasn’t ‘The Top Six Plus Everton’; it was the cumbersome but nonetheless equally accurate ‘The Top Six Plus Everton And Southampton’.

Now, they are a club that thinks having three of the same so-so striker is the way to take themselves back up in the world, led by a manager who very much gives the impression that he would rather blame anyone and anything else for his sides’ shortcomings than engage in any kind of self-analysis. Their ideal situation seems to be to draw every single game and hope that three of the other clubs either do a Villa, get asset-stripped, or choose to employ Alan Pardew. It’s not the most inspiring stuff, is it?

Football fans might seem like a demanding lot, but all they really want – what they really, really need – is the credible impression that their club might at least be trying to go somewhere. Because if not…what’s the point?