Home Manchester United ‘What the f**k are you doing?’ – Ten Hag slams Man Utd man as Maguire is booed in Palace friendly 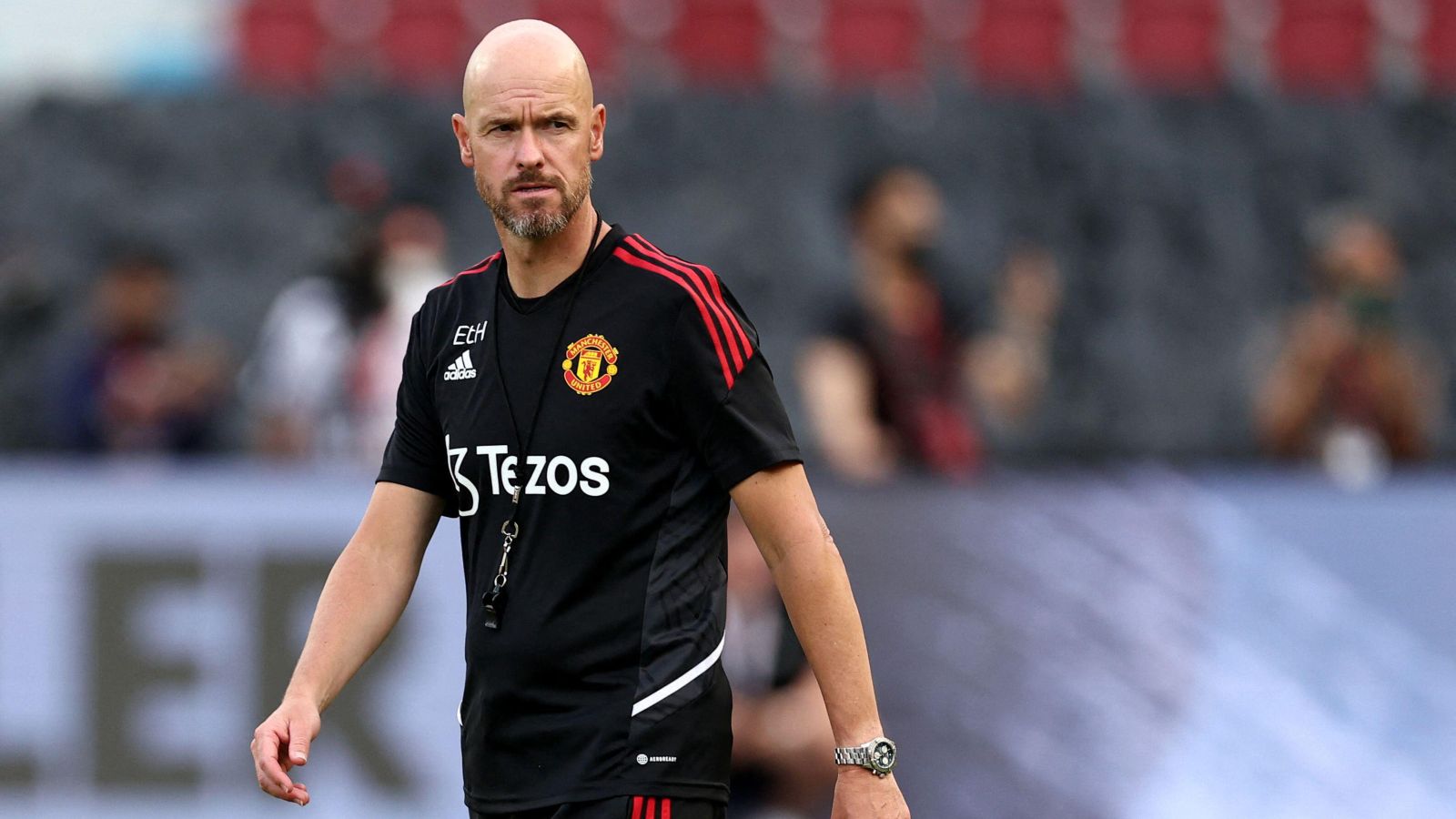 Man Utd boss Erik ten Hag was annoyed at one Manchester United player during their 3-1 friendly victory over Crystal Palace on Tuesday, while Harry Maguire was mercilessly booed by the Melbourne crowd.

Just a week after manager Erik ten Hag confirmed Maguire would retain the armband, the 29-year-old found himself coming under fire from sections of the crowd in Australia.

Maguire had avoided a negative reaction in Bangkok and United’s first friendly at the MCG, but the centre-back was jeered during the start of Tuesday’s victory against Patrick Vieira’s Palace.

The England international appeared to win over supporters with an impressive showing and the boos subsided during a first half that saw Anthony Martial score in a third successive friendly.

The Frenchman was involved in an excellent team goal finished off by Marcus Rashford early in the second half and flicked through for Jadon Sancho to finish another well-worked move.

David De Gea will be disappointed not to have kept out Joel Ward’s header and Will Fish was sent off but it was another largely positive night for new-look Man Utd.

There were 76,499 in attendance at the MCG, where Maguire’s every touch was jeered during the opening stages.

😤 “I’ve been Harry Maguire’s biggest critic… but what good can booing do!?”

The Man Utd skipper showed impressive fortitude by responding with solid, composed defending that led to the abuse tapering off.

Those pantomime boos took attention away from some bright United play.

Jack Butland injured his hand when impressively denying Martial and substitute Palace goalkeeper Remi Matthews was soon picking the ball out of his net.

Tyrell Malacia looked bright on his first United start and played over to Diogo Dalot, who hooked a left-footed cross in for Martial to control and strike home from close range in the 17th minute.

Malcolm Ebiowei – a player Man Utd looked at in the summer – forced De Gea into a good save but Ten Hag’s side continued to be in the ascendancy.

There was a noticeably warm reaction aimed Maguire’s way after he fizzed a shot just wide before the break and the second half was just three minutes old when Man Utd scored a fine team goal.

Martial picked the ball out of the sky and laid off to Sancho, who played the Frenchman through with a defence-splitting pass. Martial beat Matthews to the ball and touched wide to substitute Donny van de Beek, whose cross was turned home by Rashford on the edge of the box.

Bruno Fernandes lashed over and fumed at Jordan Ayew after being on the receiving end of a poor challenge, before United scored another eye-catching team goal.

The move started with De Gea and ended with Martial flicking on a Rashford pass for Sancho to race through and slot home in the 59th minute.

The offside flag denied Jean-Philippe Mateta a goal for Palace, but Ward’s header would soon beat De Gea from the corner that had come from the United goalkeeper denying Ademola Ola-Adebomi.

Substitute United defender Fish was sent off for bringing down Victor Akinwale in the closing stages.

With only a few minutes remaining, Ten Hag was recorded asking one player “what the f**k are you doing?!” after kicking the ball long, though it was not clear whether he was shouting at De Gea or midfielder Charlie Savage.