Home All The News ‘What the f**k is that?’ – Mirallas on exchange with ex-Spurs man 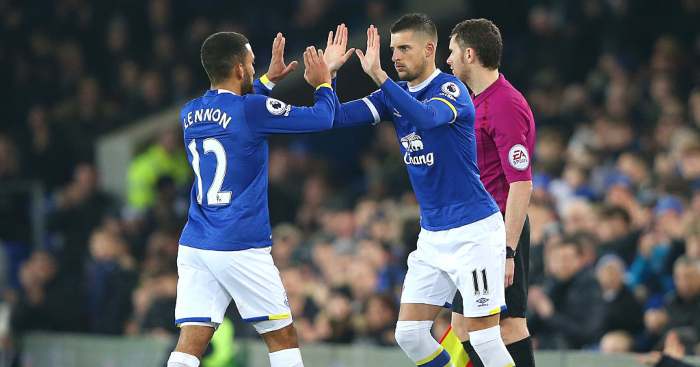 Kevin Mirallas recalls the moment he spoke to new signing Aaron Lennon on the Everton training ground after his own move to Tottenham had collapsed.

The Belgium international, who now plays for Royal Antwerp, had an opportunity to join Tottenham from Everton back in the winter transfer window of 2014-15.

Despite talks with Daniel Levy and Mauricio Pochettino, the Toffees kept Mirallas at the club – but the 32-year-old has explained a training ground exchange he had with new signing Lennon not long after.

“I scored a lot of goals in the first part of the season and in January, my agent called to tell me a lot of teams were interested,” Mirallas told The Athletic.

“I told him I didn’t want to go in January as it was better to finish the new season, but he kept calling me to say that Daniel Levy and Mauricio Pochettino wanted me (at Tottenham).

“Then, he also told me Diego Simeone (the Atletico Madrid coach) was calling for me. At that moment, there were a lot of games with Everton and I said to him that I’d see what happened at the end of the season.

“But he called me again one day and said, ‘Tottenham want you, right now.’ I told him to speak to the chairman but the chairman (Bill Kenwright) and (manager) Roberto Martinez were saying no. I had two years left on my contract and Everton didn’t want me to leave but also wouldn’t give me a new contract.

“They offered a lot of money to Everton, plus a player, but they rejected it because they thought the player they offered, Aaron Lennon, was not the same type of player as me.

“Finally, on the last day, they brought in Lennon (on loan). I remember being shocked when I got to the training ground and saw Aaron. I said, ‘Aaron, I didn’t have a problem with you because you are a good guy, but what the fuck is that?’ I was very shocked.”