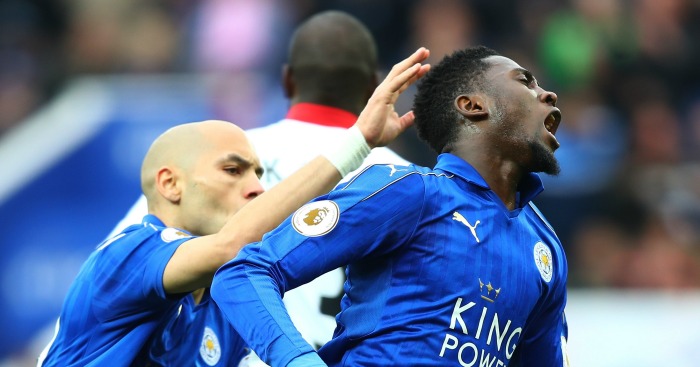 The 20-year-old opened the scoring in Saturday’s 3-0 win over Watford, which put Craig Shakespeare’s side ninth.

They have won seven of their 10 league games since Shakespeare replaced Claudio Ranieri in February, taking 22 points, and only Tottenham, with 24, have won more.

Riyad Mahrez and Marc Albrighton also netted in the second half and Ndidi wants the outgoing champions to finish on a high with three games left.

“We said every game, we’ll take it as a final to take as many points as we can,” he told the club’s official site. “With this performance we can get more and be in the top half of the league.

“If we keep going like this we can get as many points as we can. Everybody is working together, there’s a good spirit from the coach and the bench. Everybody is alive.

“It’s a good experience for me and to get ready for the battle for next season.”