Home All The News ‘When Man Utd boss Solskjaer loses it, he really loses it’ 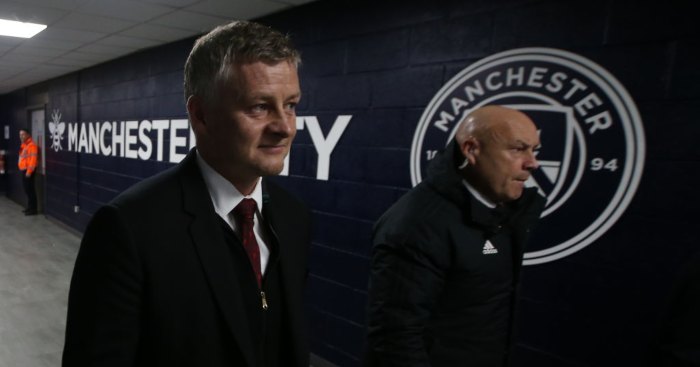 United have won two and drawn two in their last four Premier League matches, with their most recent victory coming against Tottenham on Wednesday night.

And the Red Devils head into the Manchester derby in eighth position with the opportunity to close the gap on fourth-placed Chelsea to five points.

Despite some pundits believing Solskjaer is too nice to get the best out of his players, Young claims this couldn’t be further from the truth.

“I said it when Ole came, it was like Sir Alex walked back in the door,” Young told talkSPORT.

“He might be the baby-faced assassin that people see, smiling all the time.

“But when he loses it, he really loses it and lets people know. That’s how I think it should be.

“You can laugh and joke but when it’s serious business, then you put your serious head on.

“It’s exactly how Sir Alex was. That’s how Ole has commanded everyone to respect him in the way that everybody does here.

“Ole’s been fantastic with us, the players respect him. He’s got great coaching staff here that want to go and succeed.

“Everyone wants us to succeed and get back to winning titles again.”