Home Johnny Nic Where do I sign up to become a football hipster? 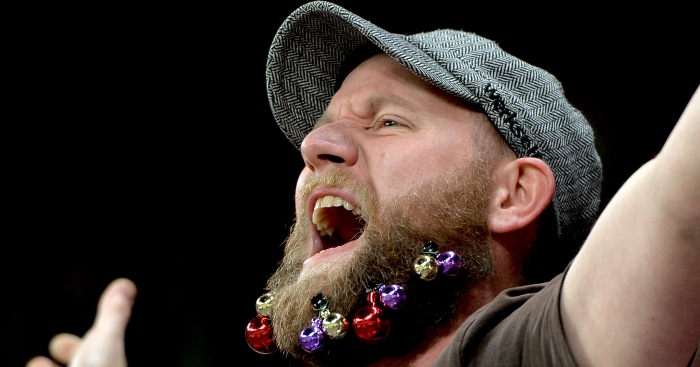 Are you a football hipster? Am I? What does it mean? How has this term come into such common usage in the last few years and why is it solely used in a negative context?.

Last week Mediawatch highlighted a classic example from The Sun’s Dave Kidd, talking about Chelsea’s new manager Maurizio Sarri being given the job instead of Eddie Howe, or anyone else English.

‘If an Englishman who fitted Sarri’s description and possessed the same CV had got the Chelsea job, the hipsters who fawn over Sarri would have laughed him out of town.’

It suggests he thinks hipsters are disparaging of the English manager as a matter of principle. I’m not sure what evidence exists to prove that. In fact, I’d suggest there isn’t any. Just enjoying European football and thinking someone is any good does not mean you don’t like English football; they’re not mutually exclusive. Personally, if an Englishman had the exact same record as Sarri managing Napoli, I reckon he’d be thought of as very cool by most.

This weird nationality-obsessed element often seems in play, at least in that horrible, mean-spirited tabloid world, forever searching for clicks from chippy English people who feel put down by foreigners and are suspicious of those who are not. Kidd uses the term as though everyone will know who he means by the H-word. But I’m not sure most of us do. Surely they don’t just mean working-class fans versus middle-class fans do they? That would be very crass and inaccurate too.

The more you scrutinise it, the less sense it makes. I watch fifth-tier Scottish football. Is that hipster? I love Harry Pearson’s book The Far Corner about the northern league, I listen to Tim Vickery on the World Service talking about South American football, I eat avocados, drink cheap vodka and I’ve supported Middlesbrough FC since 1970, does any of that make me a hipster? Who knows? And who is judging, anyway?

The regularity and ease with which the term is dropped sarcastically into football reporting or comment starts to look more like our good old friend, anti-intellectualism, which – as we know – runs like a leaking sewage pipe through English culture.

It is saying “oh hark at you knowing about foreign things, who do you think you are?” as though knowledge is to be mistrusted and is only acquired for fashionable, shallow, self-promoting reasons, or in order to put those without such knowledge down. It isn’t.

But just knowing about and appreciating an Italian manager isn’t intellectual, it’s just being interested in football. It’s not hard, brainy stuff. It’s not deep and philosophical, it isn’t academic, it’s just looking up Napoli and being interested in their form and maybe catching a game or some highlights on TV. Anyone with half a brain can do that. It isn’t a marker for a high IQ or anything. It isn’t wilful obscurantism. It’s just, well, liking football, isn’t it?

Anyway, if hipsters do have a propensity to follow European or world football clubs, obscure or otherwise, why is that a bad thing? Critics never say.

Others seem to think knowing about tactics and the foreign expressions for them, such as catenaccio is the marker for a hipster. Liking obscure players from the J-League has also been put forward as a credential, but again is contradicted by the apparent hipster love of the likes of Andrea Pirlo, who was anything but obscure.

Again, it seems to me that it is not vaunting pretension that defines the hipster to critics, but knowledge or interest in football that Is Not Played Here aka FOREIGN. That’s what it all boils down to.

I read a piece about Jordan Henderson on This Is Anfield which whilst being complimentary about him said he ‘couldn’t be more of a football hipster’s nightmare if he tried’. From this I take that the hipster is thought not to like English players, perhaps fearing they are too lager and lime and not quite enough Amarone della Valpolicella Classico Riserva. It suggests there is a hipster agenda to sign up for. But if there is, I can’t find it.

And look at this Tweet for further Fleet Street weirdness.

Given the source, I have little doubt that it’s posted in a spirit of arsy pish-taking, and that’s fair enough, but nonetheless it is promoting a notion that there are a group of people who are wilfully elitist, in this case about goalless draws in Italian football. But are there really any? I don’t think so.

And I think I now see what this is all about. It’s not about the hipsters at all. No, it’s about the people who see hipsters everywhere. It’s their gig. It isn’t possible to identify hipsters because they don’t exist, but there are people who wish they did, so they’ve invented them. They’ve invented a group of people who represent everything they dislike about modern football, or indeed the modern world. The reason the hipster is so elusive and contradictory is because it is a construct, a wish, a dream built out of dust to serve a certain psychological need.

And yet I still cannot see what those who use the term so liberally get out of this fiction, apart from a straw man or woman on whom to lay off their own psychic angst. Maybe people who are in the mainstream have always disliked those who choose to walk a path less trodden, feeling they’re weirdos for not liking what everyone else likes, the way some kids did at school. Maybe that’s it. Sneering at so-called football hipsters is just a kind of playground bullying transposed into adult life.

But we all know the only cool people today are the focused, the informed, the nerds, and maybe the modern primacy of the educated and interested is what annoys the Dave Kidds of this world so much, but then that’s probably a very hipster thing to say, isn’t it?