Home Arsenal Which player earns the most at every PL club? 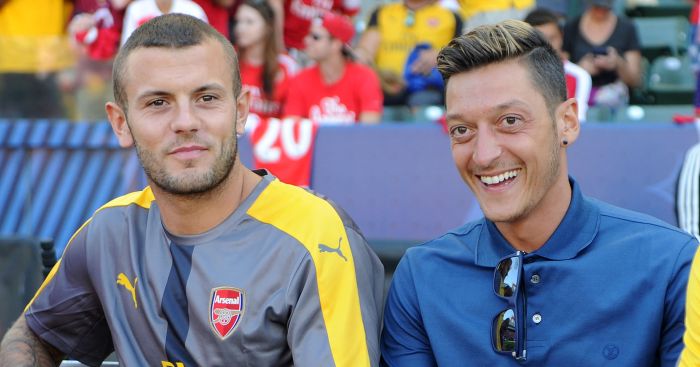 It turns out that Wayne Rooney earns a heck of a lot of money, as we take a look at the top earners at every Premier League club.

Manchester United captain Rooney, who has scored just two goals in 17 Premier League appearances this season, earns by far the biggest wage in the top flight, on a contract that expires in summer 2019.

The 31-year-old takes the largest slice of the pie of any Old Trafford player, so to speak, taking home a bigger wage than even Paul Pogba and Zlatan Ibrahimovic.

Figures compiled by The Times show that United, Manchester City and Chelsea are competing in a completely different climate to the rest of the title contenders, with Liverpool, Arsenal and Tottenham’s best-paid players each earning no more than a paltry £150,000 a week.

It will come as no surprise to learn that Burnley and Hull offer the lowest wages to their top earners, with Robbie Brady and Abel Hernandez living off rations with their £35,000 a week.

Among the others things to note is that Tony Pulis is working miracles at West Brom, with the Scottish pair of Darren Fletcher and James Morrison cashing cheques of just £65,000 a week. And who knew that Fraser Forster was on almost £100,000? Oh, and Crystal Palace’s best-paid player earns the same money as Tottenham’s. They really are working miracles down at White Hart Lane.