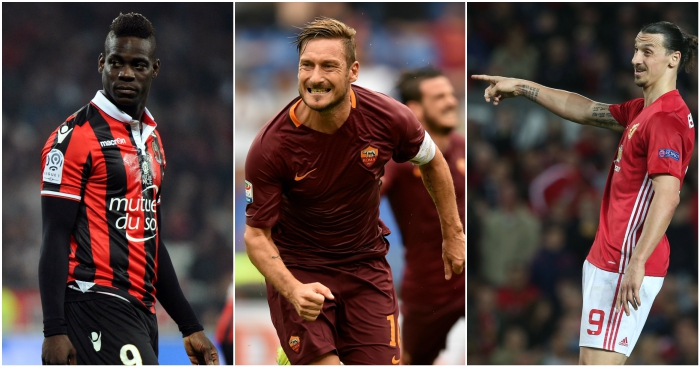 
Adrian has only recently made his return to the West Ham starting line-up after a five-month hiatus. If he stays at the London Stadium, he could be joined by Pablo Zabaleta. Martin Caceres played his first game for Southampton in the 2-1 win over Middlesbrough, while John Terry is thought to be mulling over his playing future as his Chelsea tenure comes to an end. Zeki Fryers is the only member of the defence who is under the age of 30.

It would be a surprise if Andrew Surman did not remain at Bournemouth, while Liverpool have yet to extend Lucas Leiva’s Anfield stay. Jesus Navas and Yaya Toure, in an unexpected turn of events, are both on course to remain at Manchester City, and if David Moyes can play Victor Anichebe as a left-winger then it’s more than good enough for us.

Zlatan Ibrahimovic was undoubtedly one of the best strikers in the Premier League this season, but to suffer a first long-term injury of his career at the age of 35 and to expect him to make a full recovery is a difficult task. If he does return, will it be at Old Trafford?

An XI of nomadic talent with a smattering of more elite names, such as Fernando Torres (12 combined La Liga goals and assists for Atletico Madrid this season) and Pepe, who is almost certain to leave Real after a decade at the club. Former Chelsea man Tiago is another recognisable face, while the later years of Michael Krohn-Dehli’s career have been interrupted by injuries.

Isaac Cuenca is now at Granada after playing 30 games for Barcelona in the 2011/12 season, Raoul Loe (Osasuna) is not friends with Paul Gascoigne, and Malaga’s Charles is 33 and perhaps not worth signing just to laugh at his name.

Kiko Femenia and Alavas and Mauro dos Santos of Eibar are the lesser-known talents in this defence, and both will likely stay in Spain. Benoit Tremoulinas, 31, seems like the kind of player West Ham would sign, and Jordi Masip is another Barcelona alumnus – although he is expected to stay.

Once the reported subject of a £15million from Manchester United back in 2011, Rene Adler leads this side of Bundesliga players looking for a home this summer. Fans of brilliant centre-halves will be familiar with Johan Djourou of Hamburg, while Marvin Compper (RB Leipzig) and Luca Caldirola (Werder Bremen) round off an impressive defence. Compper is just 31 and has played every game for the Bundesliga’s second-placed side, and Stoke and Newcastle have been linked with Caldirola. Both are solid options.

Klaas-Jan Huntelaar is supported in attack by Schalke teammate Eric Maxim Choupo-Moting and one-time World Cup finals goalscorer Haris Seferovic of Eintracht. Rani, brother of Sami, and the wonderfully named Pirmin Schwegler are the midfield pair, while Arsenal target (OK, he’s signing) Sead Kolasinac takes his place at left wing-back. On the other side, the right wing-back moves like Dejagah.

New TV customers can continue to enjoy great entertainment with award-winning dramas, must-see series and comedies when they Join Sky TV and get 33% off selected Sky TV Bundles for 18 months. This offer is live until midnight 5th June. Click here.

A forward line with a combined age of 75 is relatively young for Serie A, and with Francesco Totti‘s playing future still uncertain at Roma, he sits just behind Rodrigo Palacio and his ill-advised rat tail. Keisuke Honda, unfathomably both still 30 and at AC Milan, and Genoa’s Rafaelle Palladino provide support from the wings. His club teammate Miguel Veloso supplies the passes; Daniele De Rossi of Roma goes around tackling anything that breathes.

Daniele Padelli has played second fiddle to Joe Hart all season at Torino but is our No 1, with a defence of Abdoulay Konko (Atalanta), Gonzalo Rodriguez (Fiorentina), Marco Andreolli (Inter) and Paolo De Ceglie (Juventus) sitting in front of him. That’s not bad at all.

There is only one player in this Ligue Un out-of-contract XI that will have Europe’s elite sides monitoring his situation this summer. Sylvain Marveaux has five goals and six assists for FC Lorient this season, and the Premier League is aware of just how dangerous he is. Elsewhere, Mario Balotelli only signed a one-year contract with Nice last year, and his 15 goals in 23 games are sure to have persuaded someone he is worth the trouble.

A strong midfield features Arsenal, Everton and Tottenham target Rachid Ghezzal of Lyon and Bordeaux’s Nicolas Maurice Belay on the wings. Thiago Motta is the wise old head at 36, and 25-year-old Valentin Eysseric of Nice will surely find a suitor.

Benoit Assou-Ekotto is the star of the defence at 33, with Paul Baysse (Nice) and Christophe Kerbrat (Guingamp) the reliable heads in the centre. Formerly of Barcelona but now of FC Metz, Ivan Balliu is at right-back. Benoit Costil has played every league minute this season for Stade Rennes, who have the fifth-best defensive record in France. If you need a goalkeeper, you could do much worse.