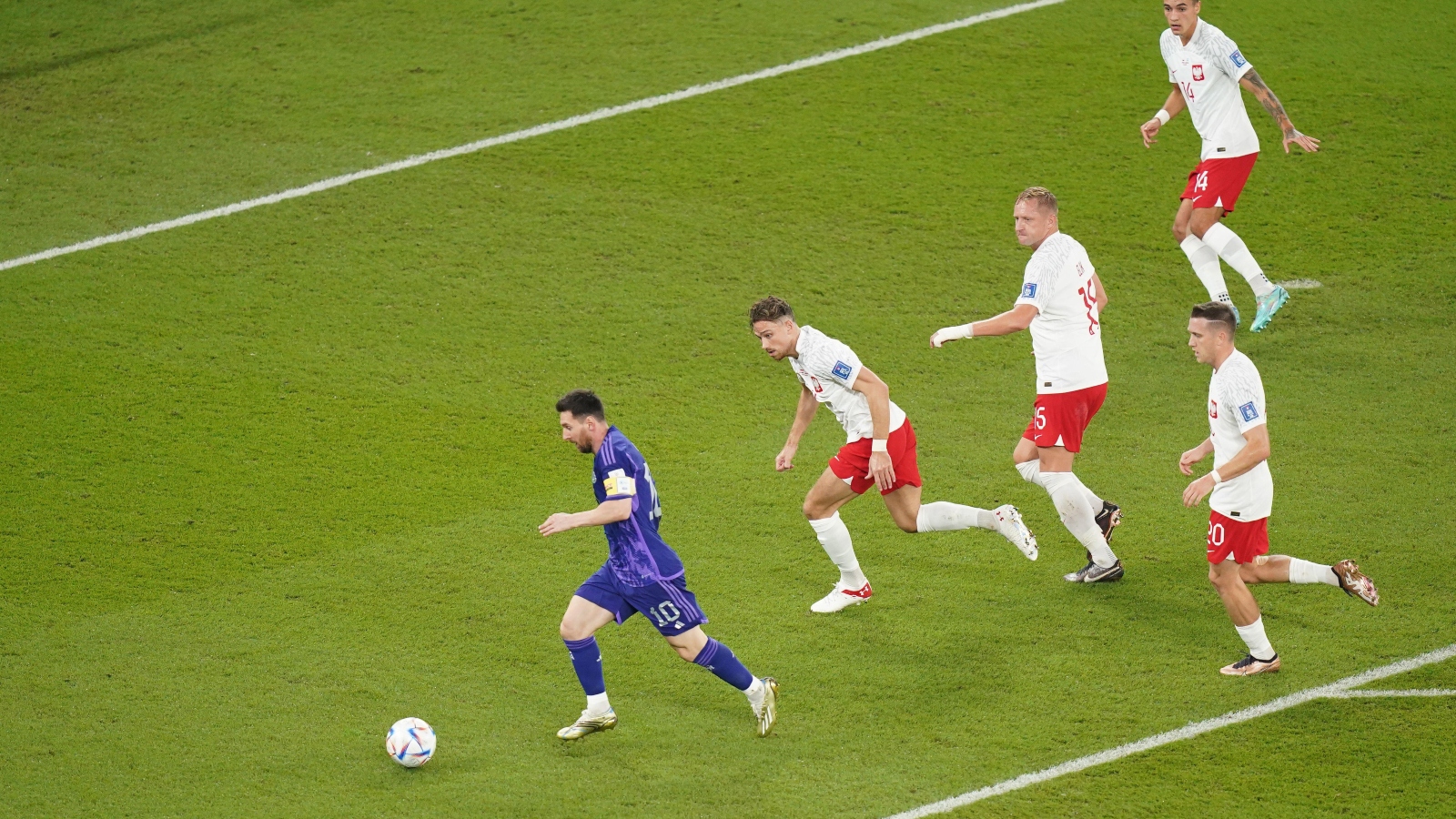 It’s getting tighter at the top as teams start to disappear from the World Cup now, but Brazil have remained out on their own as favourites throughout.

Argentina have edged ahead of France while further back, Denmark, Germany and Belgium have fallen.

Why not have a quick look at the current favourites with the bookies, then? We could think of literally no reason not to do it, and so we have done it. Teams ranked by best odds currently available at oddschecker.com

1) Brazil
Always up there, aren’t they? Always There Or Thereabouts. It’s Brazil! Carnival, Sex, Pele! But when it comes to the World Cup, they’ve been really quite underwhelming for a couple of decades now. Since Ronaldo’s Redemption in 2002 they’ve only made it past the quarter-finals once and given what happened next on that occasion they probably wish they hadn’t.

Still the only non-Europeans to triumph since Diego Maradona dragged Argentina to glory in 1986 and right now they do once again look the likeliest to break that cycle of European dominance after winning their two opening games to cruise into the last 16. They did, however, lose against Cameroon on matchday three after Vincent Aboubakar’s injury-time header sunk a much-changed team.

Favourites before a ball was kicked and the assorted struggles of various severity for others mean not even an injury setback for Neymar can make a dent on their status out in front. Neymar Schneymar. Gabriel Jesus is now injured as well, apparently, but not to worry, Selecao are still the favourites. The facts are that Tottenham’s fourth-choice attacker is the best and most important one for the World Cup favourites who are actual Brazil, sorry if that offends.

2) Argentina
Messi’s Last Chance at the Big Dance. Argentina have a formidable squad that blends youth and experience perfectly, and hadn’t lost a game since the 2019 Copa America before they came a cropper against Saudi Arabia. Mercifully for La Albiceleste, they bounced back to beat Mexico, even if it was all a bit frantic and then beat a Poland side more interested in avoiding bookings than scoring goals.

The upshot is that without ever being thoroughly convincing Argentina safely went through and importantly in the Group C winners’ section of the draw. It matters. Instead of a last-16 clash with France they now face Australia, and with a quarter-final against a nondescript Netherlands or the USA once again look well placed for the last four at the very least.

3) France
After briefly looking like they might be about to go a little bit France by falling behind to an Australia side seemingly made up entirely of Scottish Premiership and former Scottish Premiership players, Kylian Mbappe then happened and Didier Deschamps’ side absolutely sauntered to a 4-1 win. Then Mbappe turned it on again to down Denmark.

We’re still not sure France are a side we’d want to be backing when they’re particularly well fancied, and while the half-arsed defeat to Tunisia in the final group game was barely a wrinkle in the grand scheme, it did rather threaten our own previously stated claim that France’s second team would have a good crack at winning this whole thing. And it saw them slip from second to third-favourites with the bookies. How fickle.

4) Spain
It seems somehow old-hat to think of Spain as serious contenders these days. They’re somehow a team that rose to astonishing prominence and widespread acceptance as the very best in the world and then just suddenly sort of weren’t anymore, really, without ever being short of good players or anything.

The semi-final run at last year’s Euros wasn’t ever really truly convincing, but did hint at a return to major form after a very meh run. And giving Costa Rica an absurd 7-0 thrashing is, we think all can agree, a pretty good start to a tournament. Especially after what happened to Argentina, but especially after what happened to Germany. Even in drawing with the Germans they looked pretty sodding good.

There were a few, glorious minutes when it seemed both Germany and Spain were heading home at Japan and Costa Rica’s expense, but the Germans ruined everything by scoring three goals. And what for? Spain inched through in second place in Group E with 2018 finalists Croatia next up.

5) England
There is a strange sort of powerful “Southgate’s England” about the fact a result that almost certainly put them into the last 16 of the World Cup – they would have to have been absolutely battered by Wales to miss out – came from a performance that sapped all the energy and excitement from that giddy 6-2 thrashing of Iran a whole *checks notes* four days earlier.

But now England are back…after a 3-0 win over Wales that was all the things that game against the USA was not. And a last-16 clash with Senegal should pose very few problems. France, though? That’s a different quarter-final matter. Come on, Poland.

7) Netherlands
Weren’t brilliant in beating Senegal and were really quite poor in a 1-1 draw against Ecuador. That their odds have suffered far, far less for these two events than England’s have for following the Iran thrashing with a dour draw against the USA says something about the national character of the English, in a way. Still feels very much like it’s the more conspicuous struggles of those directly below them in this list that is keeping the Netherlands afloat, but winning your group is winning your group even when it’s the weakest one in the tournament. We’ve got a sneaky feeling for the USA in that second-round game, though.

8) Croatia
Into the last 16 on account of Romelu Lukaku’s inability to hit a cow’s arse with a banjo, Croatia face Spain next after an unbeaten group campaign, which probably doesn’t tell the full story. The draw with Morocco now looks better than it did and though Canada very briefly made the most recent World Cup runners-up look their age until Luka Modric and the lads decided they had tuckered themselves out enough before taking control. Croatia proceeded to prove they do, indeed, still got it.

This is far from a flawless team but Modric and Mateo Kovacic do give them a chance, Dejan Lovren is the finest proponent of his art and people seem to keep saying things that fire them up, so you never do know. The game against Belgium was always an eye-catching group game given the calibre of players on show, but it was like watching two ageing heavyweights fighting from memory.