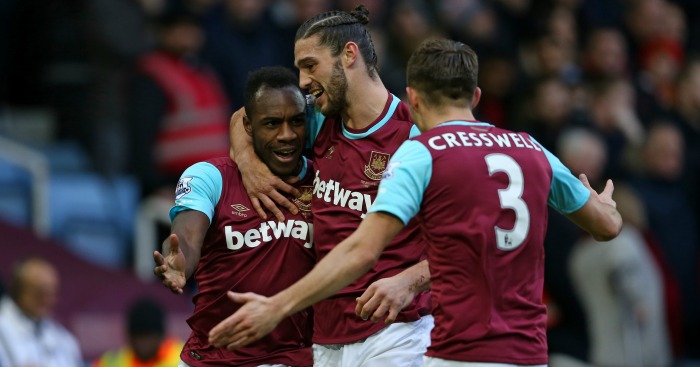 England always try and freshen things up after a major tournament failure, and we’re not talking about appointing Gareth Southgate. Which young players (well, youngish) can hope to get the call next season?

Nathan Redmond
The first of three wingers on this list, largely because it is a position in which England lack consistency and are more likely to try adventurous options. The most likely of those to receive a call-up is Redmond, whose £10m move to Southampton might just take his career to the next level.

Redmond played well during Norwich’s relegation season, but it is difficult to be a young, slight winger in the midst of a survival battle when for 34 league games a season you are trying to create chances for Cameron Jerome. Now at a club with more lofty ambitions, Redmond should be able to flourish. Already the joint-sixth-highest appearance maker and fourth-highest goalscorer for England’s Under-21 team, the natural step is into Gareth Southgate’s senior squad. *Shudders*

Andre Gray
I wanted to include a striker in this list, and Gray pips Troy Deeney and Saido Berahino as the Premier League’s obvious uncapped options. He’s also the most likely next holder of the ‘new Jamie Vardy’ tag, having played for Luton Town in non-league as recently as May 2014.

Last season, Gray was not only the Championship’s top scorer, but also voted its best player by his peers. His 23 league goals for Burnley (plus two for Brentford) secured promotion for Sean Dyche’s side and justified his £8m fee.

There is no guarantee that Gray will thrive in the Premier League, but in Vardy and Deeney he has examples to emulate. Do so and the next England manager will surely give such an all-round centre forward a chance to impress.

Michael Keane
We needed a central defender, simply because England have a worrying gap in that position. It’s Gary Cahill, Chris Smalling and John Stones, and then an empty seat where a really good defender should sit. James Tomkins, Scott Dann, Ben Gibson, Steve Cook and Jamaal Lascelles were all options cruelly shunned in favour of Keane, on the basis that Leicester might pay £10m for him and he started out at Manchester United.

Those who know me intimately will already realise where my vote goes, so let’s play a game. Eight English players made 20 or more appearances in central defence last season in the Premier League. Take out the three in the current England squad to make five. Take out the aged ones (John Terry, Phil Jagielka and Joleon Lescott) and you have two. Take out Scott Dann and you have who? Steve bloody Cook, that’s who. England are holding out for a hero, and his name is Steve Cook.

Still, I wasn’t allowed to include Steve Cook, so in went Michael Keane. Good luck, pal.

Demarai Gray
The least likely of the three wingers on this list, but still plenty of reason for faith that Gray can make the next step up. It can’t have been easy going into Leicester’s squad midway through a phenomenal season, but Gray helped where possible and will be far stronger for a full pre-season at the club. It’s worth pointing out that Tottenham and Southampton were also interested in the then-teenager in January.

Gray’s cause might be helped by the departure of Riyad Mahrez, but is likely to play Champions League football next season whatever the weather. If he can start 20 league games and impress on the highest stage, why not give him a chance in the World Cup qualifiers? That transfer fee of £3.75m might just become one of the bargains of recent years.

Aaron Cresswell
Luke Shaw is the obvious next incumbent of England’s left-back position when he returns from injury, but after such a long lay-off we should let the boy walk at Manchester United before he runs with England. In the meantime, let’s at least give Cresswell a chance to compete with Danny Rose and Ryan Bertrand.

To be honest, this has a got a great deal more chance of coming off if Manchester City or Liverpool follow up their reported previous interest in Cresswell. Otherwise he’s likely to stay fourth in the queue, and being fourth-choice left-back doesn’t equate to too many international caps.

If Redmond and Gray are flying the flag for the slight, silky wingers, Antonio represents those who prefer power as their principal method of attack. The former Nottingham Forest winger is lightning fast, but possesses enough strength to hold his own in any duel. Even without the Forest connection, I honestly think Antonio would be great for England. Whether he gets a chance is another question entirely.