Home Liverpool ‘Who is better than him?’ – Klopp insists Salah is the ‘best’ in the world 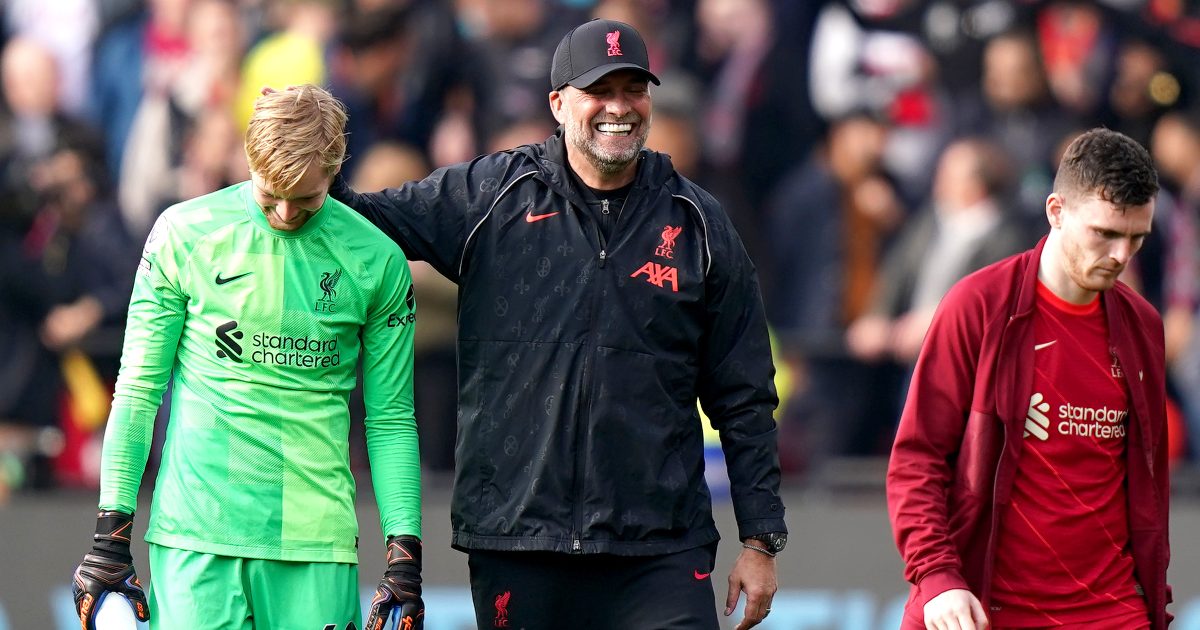 Liverpool boss Jurgen Klopp does not think there is a better player in world football than Mohamed Salah after his “massive” performance against Watford.

Salah has made a brilliant start to the 2021/22 season. Before this weekend’s game against Watford, he has netted eight goals from his eight outings for Liverpool across all competitions.

The Reds beat Claudio Ranieri’s side 5-0 at Vicarage Road on Saturday.

Their front three all got on the scoresheet as Roberto Firmino scored a hat-trick after Sadio Mane made it 1-0 early on. Salah got in on the act in the second half as he scored a superb individual goal.

Liverpool are the only unbeaten team in the Premier League as they have five wins and three draws from their eight games.

As reported by BBC Sport, Klopp suggested after the game that Salah is the “top” player in the world:

On Salah: “His performance was massive today. The pass for the first goal was great and the second goal was special. He is top. We all see it. Who is better than him? We don’t have to talk about what Messi and Ronaldo have done for world football and their dominance. But right now, he is the best.”

Salah also spoke after the game and he insisted that it was key for Liverpool that they started well against Watford:

“I think we didn’t want to start like the City game so we talked in dressing room about starting the game well and that’s what we did.

On his goal: “I didn’t watch back it yet. Last game (against Man City) maybe (was better). I don’t know which one was better.

When asked whether he was in the form of his career, he said: “I don’t know. Sometimes I don’t have the luck to score goals but I am always trying 100% to help the team. I am confident at the moment, helping the team win points which is the most important thing.”