Home Arsenal Who SHOULD have scored the most goals this season? 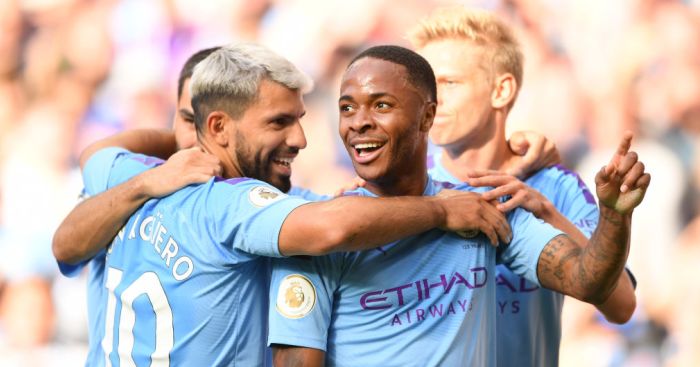 We look at the xG numbers – thanks to understat – to find out who should be the Premier League’s top scorers judging on the quality of the chances they have enjoyed. You will not find top scorer Jamie Vardy on this list because the is feeding off scraps and thriving…

The stats tell you that he is getting better chances than Vardy, Teemu Pukki and even Harry Kane, but Frenchman Maupay has only claimed four goals from 29 shots this season. Hitting the target with only ten of those attempts tells you that Brighton might be an elite striker off being a mid-table side.

The biggest underachiever on this list, the Brazilian has missed six Opta-defined six chances this season – a number only beaten by Sheffield United’s David McGoldrick and Chelsea’s Tammy Abraham. An excellent, excellent player but an excellent goalscorer? Not so much.

The Arsenal man has gone hungry after being fed nothing more than scraps in the last two games against Sheffield United and Crystal Palace. It’s little wonder that the man apparently wants out. At least the Gunners might finally have a succession plan.

Martinelli (7) is now one behind Aubameyang (8) this season. He’s the top scoring teenager in Europe’s top five leagues.

He can’t do much more to get into the PL starting XI. pic.twitter.com/Gqx1deXt4L

He would be pretty close to bang on his xG if he had not missed a penalty against Norwich. He has not exactly pulled up trees but things are going moderately okay for the big Brazilian. If he shuffles his way to double figures in his first Premier League season, it will be a cautious thumbs-up.

He’s only 22.
Has only been in the country 3 months.
Has no competition pushing him.
Has only played 10 league games.
Has learnt the language, already!
Has 4 goals in 10 games, which is decent.

Give him time!
He’s better than Davis!#AVFC

After the over-achievement of the last two seasons comes the underachievement of this; the New Zealander scored once but should have had another against Leicester last weekend. It turns out that there are a lot of average strikers on four goals.

We’re not quite sure how he didn’t score against Newcastle, while there was a different kind of frustration as he struggled to fashion a chance against Burnley last week. He does still remain way ahead of what is expected – statistically and otherwise.

A general decline? After scoring 32 goals from an xG of barely 25 in 2017/18 and then 22 goals from 21.79 in 2018/19 comes a wasteful start to the season which has seen him score just five goals from 33 shots. Just imagine how good this Liverpool side could be if somebody other than Sadio Mane was in decent goalscoring form…

Aguero, Sterling, Rashford and Salah all have a higher xG than Newcastle (5.75) [Understat].

Four penalties (two of them missed) tells you a) why Rashford’s xG is so high and b) partly why he is falling so short. But actually, two goals in his last two games from open play suggests that the good times might be on their way back for the Manchester United forward.

Tammy Abraham would not finish this season with more Goals than Rashford. Mark This Tweet.

Last season was the first in which Sterling scored more goals than he should, and he is heading the same way this season – though he would already be in double figures if he hadn’t fluffed three gilt-edged chances against Crystal Palace.

He has literally never been presented with such quality of chances in a Manchester City shirt; he has an xG of 1.07 per 90 minutes this season; which is mental. By contrast, Vardy is working with 0.43 xG per 90 minutes. They are both rather good.