Home Burnley Who SHOULD have scored the most Premier League goals? 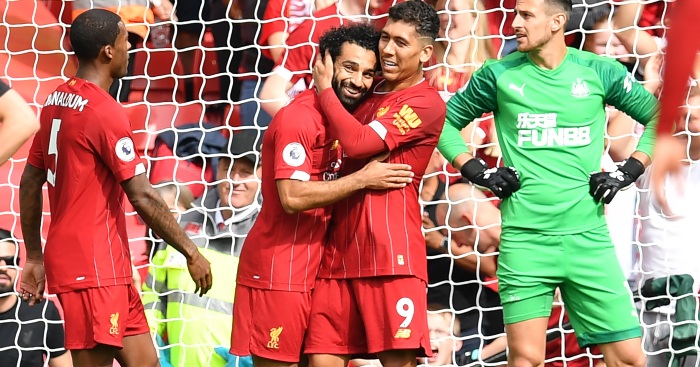 We look at the xG numbers – thanks to understat – to find out who should be the Premier League’s top scorers judging on the quality of the chances they have enjoyed. No sign of actual joint top scorer Pierre-Emerick Aubameyang because he really is excellent.

The Kiwi striker always scores ten Premier League goals so he has matched his usual tally by the end of February. But this is the first season he has under-performed on his xG, which is testament to the improved creativity of Dwight McNeil and a damning indictment of Wood’s finishing.

Four goals in his last five games have put Jimenez on course to break his own 13-goal tally. He’s scored 21 goals in all competitions, making him prime fodder for lazy links with Manchester United.

Wolves? Maybe it’s a trick of the memory, but I just have this recurring vision of Raul Jimenez heading in at the far post

For the sake of Manchester City and England, he probably needed a rest. He has failed to score in his last five Premier League games, slipping behind both his xG and his relentless goalscoring pace of the last two seasons.

The goals have dried up along with Leicester’s form, with Vardy failing to score in his last seven Premier League appearances. The good news? He made our Old Folks XI.

Only Gabriel Jesus has missed more Opta-defined Big Chances this season than Abraham, who has been found out in recent weeks after a blistering start to the season. He clearly has promise but Chelsea still need a striker upgrade.

He should be scoring a goal per 90 minutes in that Manchester City side but he has lagged behind his own xG since the minute he signed for the club. Nobody has missed more Big Chances in the Premier League this season despite Jesus starting fewer than half City’s Premier League games. That is pretty damning.

Quite how he did not score against Southampton, Norwich and West Ham (twice) is a mystery, so it’s a bloody good job he is not in the Liverpool team for his goalscoring. They certainly wouldn’t sell him for just £75m despite numbers that make him look mediocre.

Even with a poor penalty record, Aguero is still ahead of his xG. The Argentine is on course for a sixth consecutive 20-goal season in the Premier League; he is simply a phenomenon.

Seven penalties (two of them missed) tells you a) why Rashford’s xG is so high and b) partly why he is falling short. It might surprise critics of Anthony Martial that the Frenchman is actually way ahead of his xG.

Four goals in his last four games have put Salah in the race for the Golden Boot as well as pretty much neck and neck with his own xG. But still he is under-appreciated and the suspicion persists that Liverpool would sell for a decent fee.

Along with an historic rate of goals and assists, Mo Salah has created more Big Chances, Chances, Xg, XA and passes into the box than anyone since he signed for Liverpool