Home Mailbox Who would want Ole if Manchester United fired him? 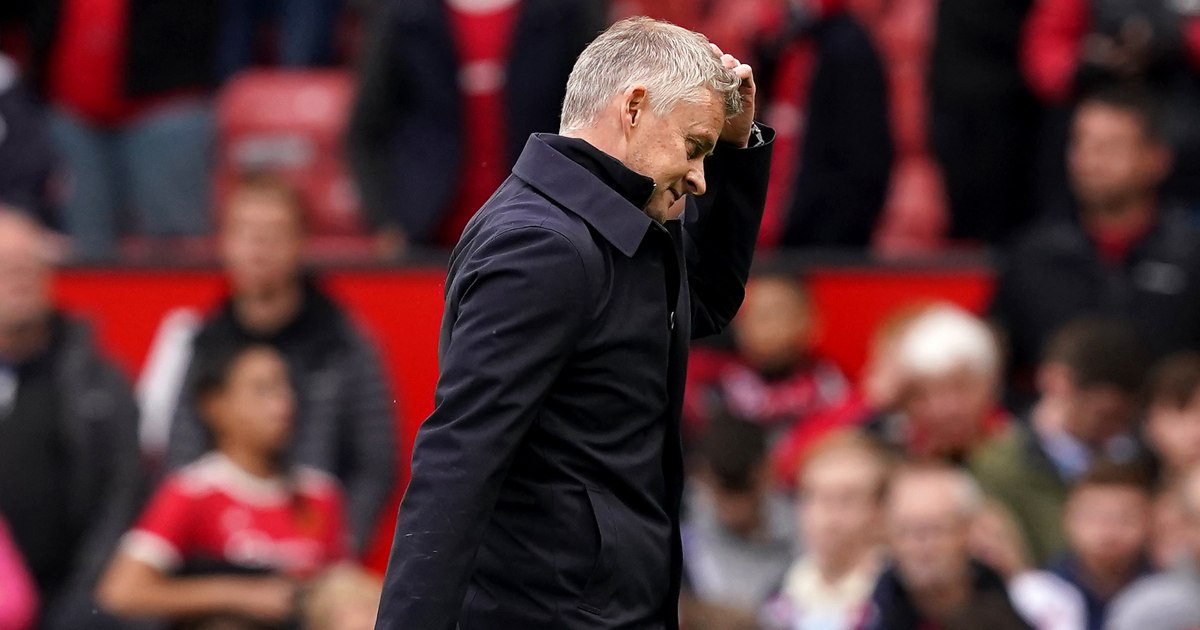 We have officially hit international week Mailbox fatigue, but we can still eke out a few views on Ole v Klopp and co. Send views to theeditor@football365.com

Ole so, so far off Jurgen, Pep and Thomas
It was very hard on Sunday to escape the conclusion that we were watching the top two teams in the League going at it. It sounds ridiculous since the reigning Champions League winners have added a world-class striker to their ranks – but he doesn’t feel properly integrated yet. These days you don’t have time to work things out, City and Liverpool post ridiculous points totals every year, mostly and catching up is a huge ask. Of course, Tuchel is an extremely intelligent coach, he absolutely will figure out how to use Lukaku to the best of his abilities. But it may not be quick enough to get the job done in the League. Liverpool and City are completely settled sides whose players know how to play with each other. And they know how to play bloody well.

I’m of the opinion – a scarcely unique one – that City have squad depth Liverpool lack, which will fundamentally make the difference over the length of the season. Liverpool’s first team is top five in Europe. But we’ve seen what happens when Liverpool have injuries to absolute key players – the season absolutely fell apart. But whatever the end result, we’ll be mightily entertained watching the two teams play the quality of football they did on Sunday. And if Pep doesn’t have his annual brain spasm in the Champions League, who knows? Winning it in any way is mighty hard. Winning it when your manager goes mental and does something completely unexpected and ever-so-slightly bonkers in terms of team selection and tactics – that’s impossible. Certainly at these key moments, Pep needs saving from himself. But clearly City are going to have an extremely successful season – striker or no striker. I think it’s almost become a point of principle with Pep to not play one – he’s a stubborn barsteward. I personally thought Harry Kane would be a fantastic addition , that they could definitely use. Pep clearly felt otherwise or he’d have made a serious bid. And Kane has scarcely set the world on fire since, I didn’t realise he’d be as affected as he has been by his move not happening. But he’s done nothing to persuade anyone City made a mistake not bidding £150 million + over the summer.

Liverpool will be there or thereabouts, but we still don’t have the depth to fight on several fronts. Maybe it’s time for a Champions League run again. With the fans back in force, Anfield will be an amazing place to go on European nights. Porto were embarrassing, but we’ll beat a lot better teams than that. Klopp seems to have regained his equilibrium, which is always nice. I felt he’d slightly stepped off the reservation last season with some of his ramblings. But he’s back to the Jurgen we know and love.

And as for Ole? Nothing will change. He is not tactically gifted. He does not know how to mould his players into a cohesive team. The side will win due to moments of individual brilliance. But he’s not getting any better. Nor will he. And if he was fired right now, today, which other top European clubs would be in a rush to snap him up? Absolutely no one. Which says enough. If Jurgen, Thomas or Pep suddenly quit their clubs – they’d be inundated with offers. And Ole wouldn’t. Why this is good enough for United is beyond me, but I’m perfectly happy for it to continue for years to come.

Ice cold in Alex?
Alex Ferguson weighing in on the selection of Ronaldo is a pretty shitty move. It’s hard to know what his intention is – perhaps it just slipped out – but for the sainted SAF to be publicly undermining the manager when the team is underperforming (albeit hardly disastrously) puts the future of Ole shakier than ever. A couple more underwhelming results and the pressure will be untenable. Is this the beginning of the end?

Ferguson should know better. Maybe he does.
Mat (hate international breaks) (and trolls)

Ranieri not the ‘great’ he is painted
I’m tired of the bollocks that Ranieri – and he alone – led Leicester to the Premier League title. He didn’t. What he did do the following season when he exerted total influence was to almost get the club relegated.

The season before Leicester won the league, the team won seven of its last nine games to avoid relegation. That’s league-winning form, and Craig Shakespeare was there. Rainieri wasn’t. The following season, Ranieri wisely let team pick up from where it had left off – and Shakespeare was still there. Ranieri’s obvious influence mainly concerned replacing the full-backs and making the team a bit tighter defensively.

After Ranieri was sacked for, as one fan described it, ‘debilitating’ the team, up stepped Shakespeare to immediately oversee five successive wins including three goals scored against in one of them against Klopp’s Liverpool. Additionally, he oversaw a tremendous overcoming of Sevilla in the Champions League knockout stage, reversing a loss in the first leg in Spain caused by Ranieri’s foolish team selection and tactics. That win against Sevilla was a great night in Leicester’s history. In the quarter-finals, Shakespeare’s Leicester almost overcame Simeone’s Athletico Madrid, absolutely battering the latter in an all-out effort to win the game.

Leicester City avoided relegation, and then won the Premier League, and avoided relegation the following season, and almost made it to the semi-finals of the Champions League thanks to Craig Shakespeare – not Claudio Ranieri alone.
Paul, Dayton, Ohio, USA

The 90s rule? Or do they?
In response to was the 90’s the golden age of football… It’s very difficult to separate football from the wider goings on in the world. In the 90’s the internet was revolutionising the way we interact with other cultures and people across the world. British culture was having something of a resurgence with Oasis and the Spice Girls and whatnot. The world was truly becoming a global community and the Premier League was formed at exactly the right time to benefit from this with its TV deals and brand new marketing strategy etc.

However it’s hard to say whether this was in fact good or bad. There was a naivety and an optimism that we haven’t been able to feel since. That period nestles in a time when WW2 was for computer games, films and history lessons. The cold war and miners strikes were over, but we had yet to go through 9 11, the financial crash. Larger societal problems such as me too, BLM, climate change, were conveniently glossed over and not acknowledged by many. We hadn’t even heard of Coronavirus or love island. In the middle of that there was Euro 96, Everton winning the FA cup in 95. Alan shearer breaking the transfer fee record was exciting to our minds that hadn’t been tarnished by the wanton greed and excess that we see today.

But was the football any better? I honestly can’t remember. In our family we couldn’t afford Sky or to go to the games. I used to listen to the games on the radio and watch Match of the Day. Staying up late to watch Champions League was the highlight of my week, but even those games fade into a sort of romantic haze. The FA Cup was always an event, but I honestly and genuinely cannot comment on the quality of the average game of football from the 90’s, despite being a big fan of football.

There is an inherent weariness to us all now (for the Premier League at least). We support our clubs with the caveat that we don’t think too hard about how much the players earn or where that money comes from. The money that was so exciting before is now tainted. The World Cup was once a global celebration and an opportunity to watch the best players in the world compete. Now that is set against a backdrop of corruption and human rights abuses. But, after all of this, is the football any good? Well yes it is sometimes. It produces moments that take your breath away, that bring you to tears, that illicit shouts of joy or moans of dismay. Sometimes it’s rubbish and utterly boring. I suspect that’s always been the case.

I think, in the end, we all just want to be kids again.

Also, DC missed Duncan Ferguson off his list off great strikers who have become great managers (for 3 games at least).
James EFC

1980s is it?
Apologies to Paul Whitehouse

Saint and Greavsie? Kids in the park? Jumpers for goalposts?

Archie McPherson. What’s on the other side?

Dalglish and Rush or Sharpe and Sheedy.

Bobby Robson looking depressed? He was listening to his Walkman!

Jimmy Hill and Brian Clough. Who’s the young man there?

Alan Ball and Kevin Keegan in the same team?

Wimbledon and the Crazy Gang. I need a new tie!

When did Johnny become a dictatorial asshole?
DAM

Some good scoring folks, especially Sean who is our leader coming in to the international break.

Cheers to everyone for taking part. If anyone else wants to join the code is 0z3onx. I’ll send regular updates throughout the season, next one will be sent on 22nd Nov/ GW12.
Cathal