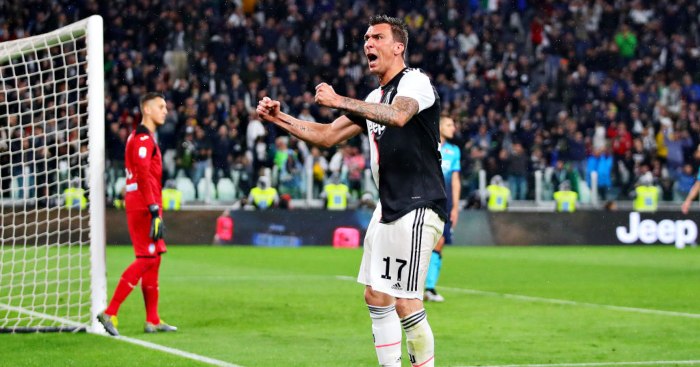 Manchester United squad slowly coming together
So looks like we’ve tied our colours to the mast labelled slab head to solve our defense, overall  i’ll only really be happy with this deal if Ruben Dias goes somewhere like Barca and not the other side of Manchester, I also hope the Tuanzebe to Newcastle rumours are false.  Acquiring Maguire does sort out the team a bit more looking at it in blocks

Keepers _ De Gea expected to finalise a new dea and potentially be captain Romero still a good number 2 , Henderson a potential replacement secured to a deal

Defenders Maguire will play a bit for that sort of money, so expect less playing time for a lot of the maligned players. If this defence works out that could be the last capital outlay on a defender for three years. Worst case probably replace Shaw or one of the centerbacks.

Central midfield Pogba if he stays beyond August will be key, I expect Mctominay to reduce Matic’s playing time further ,Maybe Fernandez  will come in and increase the  x factor  with the rest getting games based on form and availability .

Offense – A myriad of possibilities ,the emerging group make it difficult to say exactly who will play .Martial and Rashford need stellar seasons. Being in Europa should give ample opportunity to everyone. Acquiring Mario Mandzukic might actually make sense, even if the other swap doesn’t work out ,as he could, become some sort of striking mentor and he won’t really expect to play every week

The master stroke is that the deadwood are no longer an issue, they are now so far down the pecking order they won’t matter .Not getting picked for the 25 man squad or sitting in the director’s box ,ought to tell as many of them that they should leave.

If Sanchez leaves  this year it will be a blessing, as  no more high wages to compare to. If the signings work out then realistically United won’t buy more than 2 players a year for the next five years which means less chance for others to exploit the Woodward/Judge tax .Ole has a good season he stays and fulfils his contract  if he has a mare at least he leaves behind a coherent squad.

Generally, there seems more of a strategy in place and after years of short term-ism, that’s a step in the right direction.
Timi, Mufc

Player power
With transfer spending and wages rising to astronomical values, there is some protections that needs to be awarded to clubs by FIFA to protect their investments. Take the example of Sanchez for instance. United parted with a player they had bought for nearly 30 m (Mkhitaryan) in exchange for Sanchez and are paying him nearly 30 m a year in wages. Yet, other than a couple of games, Sanchez has been atrocious and a waste of every dime going to his pocket. Regardless of how he performs, the club must keep paying his wages until the end of the contract.

Sanchez is an extreme case of course. But there are other factors that come into play. A player may sign a lucrative contract yet get injured shortly thereafter and is sidelined for months and even years. We have also seen the case of players heads being turned by transfer interest from other clubs leading to the players under performing at their current club. Or players trying to force a transfer and not giving their best on purpose. Or players not happy with a move they made willingly but start having buyer’s remorse immediately after (aka Di Maria syndrome).

One solution I can think of is that if a player plays less than a quarter of the games the club is required to play in all competition (friendlies and pre-season not included), the club shall only be required to pay 25% of the contractual wages to the player for the year.

I’m sure many would argue that the club needs to be more ware with their transfer spending. But let’s not contract that a contract works both ways. If clubs are required to pay the wages o matter what, then the players are also expected to perform no matter what. If the player is unable to fulfill his part of the contract, then the club should not be expected to do the same.
Adeel

Transfer window thoughts
Can we stop this crazy hype train surrounding certain players. Don’t think that the added expectations from an entire fan base would help the players express themselves freely on the pitch and live up to their potential. Signings like Tielemans have been hyped from the get go – yes he’s been good for the 6 months he was in the PL, he still had an awful year with Monaco just a year ago. Here’s a young player who’s already going to have to lie up to his 40m price-tag, adding the unrealistic expectations of a whole fan base and any observer is just setting him up for failure. Given the hype, even an average performance would be labeled disappointing and a let down.Same with Moise Kean. The guy has played 17 games for Juve – 17. Scored 7 goals – 7. And here we have the media publishing articles (F365 included) on how Moise Kean is the next big thing and will take up the league by storm. Not sure how that’s going to help him settle in and develop his potential.
Can we make a pact and stop over-hyping players and signings? Don’t think it helps anyone but rival fans when they invariably are not able to meet our own lofty expectations.
Yash, MUFC

Least bang for your buck XI
So this isn’t a starting XI of the world’s highest paid footballers nor is it a list of the most overrated ones.

Rather, it’s an attempt to construct a team that would be incredibly expensive in wages, yet deliver a performance that was relatively underwhelming.

(Wage stats found various places on “the Internet” and converted into GBP per year. God knows if they’re at all true.)

So there you have it: an annual wage bill of £134 million for 11 players who *probably* wouldn’t qualify for CL in any of the big leagues. And here’s their £54 million/year bench:

Surprised to see John Nicholson selecting Jonathan Woodgate as his hero of the week. Given John’s and 365’s usual moralistic approach to football matters, selecting someone who partook in a vicious racist assault as a “hero” is certainly an interesting move. It contrasts intriguingly with the recent attack on Gareth Bale and the morality of his recent career decisions, for example.

Woodgate was arrested for assault on two separate occasions, but the one briefly referenced by John as being “decidedly unheroic” is the one we all remember. John describes him as looking “hollow-eyed and pale” during the trial in order to demonstrate that our hero is actually a sensitive type who felt plenty of remorse for brutally beating another man in an incident almost definitely motivated at least partially by racism (three of the attackers allegedly used racist epithets during the assault). Of course, his soulful remorse didn’t prevent him from fleeing the scene while the victim was unconscious and bleeding, or from later lying in court about it, but it definitely influenced his form on the pitch.

The witty description of Tony Pulis being fired for “human rights crimes of severe and persistent abuse of a football” in an article about a “hero” who committed actual crimes of abuse almost certainly motivated by racism is another interesting editorial decision.

I’m all for giving people a second chance, and Woodgate may well have learned from the incident and trial. He was very young at the time and he certainly doesn’t appear to have been involved in anything similar since, at least. But referring to him as a “hero,” even in a humorous sense, days after criticizing Gareth Bale for maybe being a bit greedy, in the week when supporters of a major English club have been given lifetime bans for racially abusing a player that 365 has always admirably supported, is an odd decision nonetheless.
Daniel, Chelsea Reluctantly

On the topic of football-on-holiday-nostalgia, one of the best features Football365 used to do was ‘footballers that people had seen on their summer holiday’ (was probably something catchier than that).

In the modern era of players trashing their own 7 star hotel suites for all to see on social media, I want to hear of more mundane situations and locations people have seen their heroes e.g. I once saw Colin Hendry having a ferocious argument with his kid over a game of pool at Centre Parcs.

So can you bring that back?
Rick Sherman, Leeds

Gervinho
In response to Anthony Tracey, I don’t know where you got the statistic that Gervinho scored 36 goals in his last season with Lille. Gervinho scored a sum total  28 goals, laid 13 assists and picked 7 Man of the match awards in 67 matches across two seasons at Lille. Pepe last season alone raked in 23 goals, 11 assists and 13 Man of the Match awards. Anyone who did not start watching football yesterday can attest to the fact that Ligue Un last season was stronger Ligue Un in Gervinho’s time (remember Giroud winning the golden boot and the league back then?) Pepe is far more clinical than Gervinho and will definitely fare better in the EPL.
Eseosa (Benin City, Nigeria)