Home F365 Features Why are football fans obsessed with predictions? 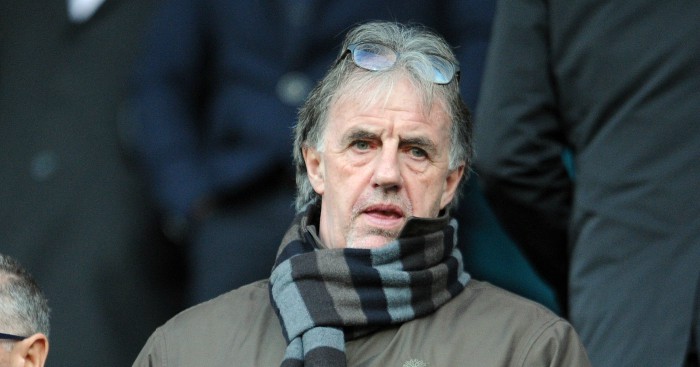 Before the season began my relegation picks were Burnley, Brighton and Swansea. A look at the table suggests a likely 0/3. I also predicted that Manchester City and Manchester United would fight it out for the title, and while it’s possible I’ll have nailed the top two, ‘fight it out’ hardly characterises the state of affairs. In other words, my predictions were, to put it charitably, unimpressive.

What makes this amusing is that there is literally no one on the planet who watches more Premier League football than I do, and yet I still can’t predict my way out of a paper bag. (This has been clear for several years.) What makes it doubly amusing is that next year, before the season begins, I’m still going to try to predict the relegation and title races. And triply amusing is that I won’t be alone.

Let’s face it: football fans are inveterate predictors. Each year we make our picks, write into the Mailbox and/or tell our friends, and watch as they play out. Frequently we revise them mid-season, as managers are fired and hired, and new faces arrive in January. As the season progresses, we also find new things to predict (‘Mo Salah will win the Golden Boot,’ ‘Leicester City will grab a Europa League spot’). There are always individual matches to predict as well. And although all the evidence suggests most of us aren’t overly clairvoyant, we never cease trying to test the hypothesis. What’s the deal?

One reason is that it’s a form of engagement. While I wouldn’t go so far as to say ‘it matters more when there’s a prediction on it’, and fantasy football sometimes serves that particular function, predictions add a level of interest, particularly if they don’t flame out early. If I’ve predicted whoever Alan Pardew is managing are going to go down, and they’re anywhere close, I’m more likely to be paying attention. If I’ve got Alexandre Lacazette for at least 15 goals on the season, it’s a sure thing I’ll be keeping a tally.

That leads naturally to one of the big reasons: how absolutely marvellous it is when we get one right. Oh yes, oh yes – I could go on for hours about having predicted Arsenal would drop out of the top four last season, or how this year Paul Clement would be gone by Christmas. You can be sure we’ll remember that right one more than the 30 wrong ones, just as I remember the perfect drive I hit on the eighth at Pebble Beach and not all the other 104 shots I took on that round. (True story.)  It’s worth making a fool of yourself most of the time to be a genius once in a while. Plus, since sheer chance means you won’t get everything wrong every season, you’re guaranteed a little boasting somewhere along the line, even if only to yourself.

I guess a third reason is that, for as long as it lasts, we get a little order in the chaos of our daily experience.  Even if we scan the league table every week, if we’ve predicted Liverpool to make the top four we know at least what we’re looking for.  The rest of the world may be a bit blurry, and perhaps mercifully so, but checking your prediction gives you a focus, all the more welcome if it’s not a matter of grave importance.

For professional football scribes and TV pundits, of course, the pre-season prediction is a solemn duty. We’d never respect the F365 staff if they didn’t put their reputations where their pixels are. (Commenters insert joke about ‘respect the F365 staff’ here.) And if you’re one of those pundits who pick every game each week, getting most of them wrong, just avoid Mediawatch on Monday, and come back with ten more the next week.

Weirdly, said scribes and pundits are taken seriously by a non-negligible section of the populace. Every day I glance at the local papers for the Premier League clubs, and invariably sometime during the week there’s a headline reading ‘Pundit tips Seagulls to beat Stoke City’ or ‘Merse says Hammers are going down’. I suppose you have to get clicks somehow, but shouldn’t we have a solicitor’s certified statement that the pundit in question has at least a 50% record?

I would kill for a 50% record, actually, but it doesn’t seem likely to get there any time soon. Maybe the answer is to stop calling them ‘predictions’ and start calling them ‘guesses’. Then if you’re wildly off, it was only a random shot anyway – on the other hand, if you get it right, you don’t look as clever. Hmm.

In any case, there’s always next season. Hey, now that I think about it, there’s a World Cup this summer.  So that’ll be England to draw 1-1 with Tunisia, beat Panama 2-0, and draw 0-0 with Belgium then. Serbia to advance, Colombia a quarter-finalist, Spain over France in the final. Just think: If I get any of these even remotely right, I’ll have something to tell my grandchildren. And you can be sure I will.