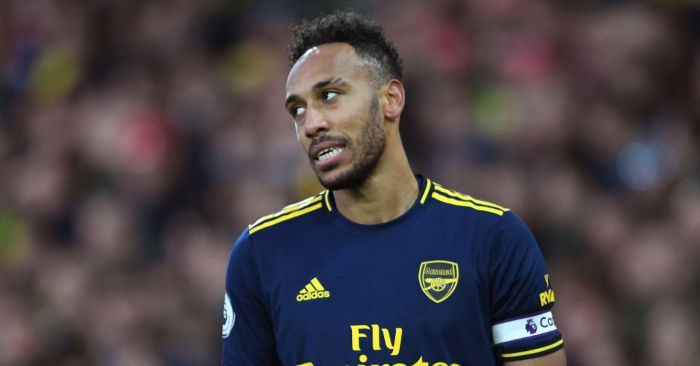 Freddie Ljungberg’s last Premier League game as a player reads like an ode to Unai Emery 11 years on. West Ham took a two-goal lead at Upton Park in April 2008 through the ageless Mark Noble and the timeless Dean Ashton, the latter scoring two minutes after his Swedish teammate was substituted with a cracked rib. The result was beyond doubt.

Then came the implosion. Newcastle made it 2-1 from their first genuine attack in the 42nd minute, Obafemi Martins punishing a defensive lapse. A minute later, he played an inadvertent part in Geremi’s equaliser, before missing a gilt-edged late chance to win. The hosts had snatched a 2-2 draw from the jaws of both defeat and victory.

Ljungberg’s managerial debut felt like a similar tribute to his predecessor. Arsenal played all the classics: a divisive starting line-up, a promising opening undermined by an absent midfield and crippling defensive indecision, and further interest added to the debt of gratitude owed to Pierre-Emerick Aubameyang.

“It is the golden age of a football player, 27-31, 32,” Arsene Wenger began in October 2015, “the age when you know your job. Under 25 you think you can last forever. Once you get to 27 you realise it’s time to capitalise on what you have learned and efficiency takes a little bit over the playing mood.”

Perhaps that is why Wenger later pursued a 28-year-old Aubameyang in January 2018. No phrase encapsulates the striker better than someone who ‘knows his job’. No superlative describes him more accurately than “efficiency”. No statistic captures his importance to Arsenal’s current iteration as much as two goals from two shots.

He would hardly have identified the Gabonese as a potential club captain by the age of 30, yet Wenger saw enough in Aubameyang to deem him capable of bucking a Premier League trend. So it has proved.

No other striker has first arrived on these shores in their prime, at a substantial price and with an established reputation, and succeeded. Andriy Shevchenko was a 29-year-old failure, Hernan Crespo, Roberto Soldado and Islam Slimani all 28-year-old disappointments. None came close to taking the culture shift in their stride quite like Aubameyang, who has maintained his own levels of excellence even during Arsenal’s period of ineptitude.

Neither goal against Norwich was particularly difficult – the first a retaken penalty and the second a finish from six yards out – but it is no coincidence that Aubameyang is the man scoring them. He has nine of Arsenal’s last 11 away league goals, and at least 13 more than any of his teammates in all competitions since the start of the 2017/18 season which he joined in the middle of. That Aaron Ramsey is third on that list with 17 behind Alexandre Lacazette (40) tells its own story.

In Aubameyang and Bernd Leno, Arsenal showed that the poison has not spread too far to deem them unsalvageable. Ljungberg did not prove himself as much of an antidote, selecting Shkodran Mustafi and promptly watching him be as slow and porous as ever alongside David Luiz. Matteo Guendouzi and Granit Xhaka also offered no protection to a defence as low on confidence as it is coaching, while his decision to leave Nicolas Pepe on the bench raised a few eyebrows. Having more of the possession but fewer shots on target did make the managerial transition feel seamless.

Whoever Arsenal eventually appoint, maximising Aubameyang’s impact must be at the top of their remit. He has come to a new country and a new league, experienced a new way of playing and defending, been subject to a whole new kind of scrutiny, taken on a new level of responsibility and dependence, and has already impressed under a third new manager while breaking new ground. He is a phenomenon who might not be truly appreciated until he has gone.