Home Chelsea Why Chelsea cannot get near Liverpool or Man City… 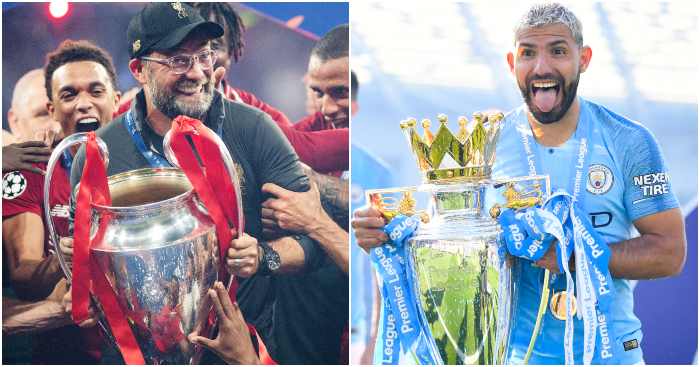 You know what to do – just send your mails to theeditor@football365.com

Are Chelsea just a better version of Watford?
I had been thinking about how you would characterise each of the top six clubs as they go into the summer and adjust or reshape their squads for the new season, then read Seb’s great article on Chelsea.

Chelsea had been the masters of hiring and firing managers who each seemed to bring something the club in terms of silverware. But how much of that was based on a core team of great players, how much on buying power and how much the manager. Something of each I would suspect.

But starting with Barca, then with Liverpool and City, clubs are recognising that sustained success has to be nurtured by a proper infrastructure and culture. I would even put Spurs in that category except it does seem ruled by a single person, Levy.

Seb’s article misses the point where Barca, in looking at what would bring sustainable success, enacted a culture and structure. It was as a result of that they chose Guardiola. He fitted their plan for the club, which is why they were going to back him. Just as Klopp fits FSG’s plan for Liverpool and Guardiola for City – with the same crew who created Barca’s culture now running City.

The idea is that no one person determines the team’s future. Success should be independent of specific managers or players. We can’t tell for sure that it will sustain until we see how those clubs fare once their current managers leave and they cycle through the current squads. But, in principle, it should protect the clubs from severe doldrums created when a single manager has been at the helm for many years (United and Arsenal), losing top players (Liverpool, Arsenal and Spurs) and even the vagaries of new ownership.

Chelsea managed through the many managers with a consistent backbone of Granovskaia and Emanalo – but the latter has gone. They were the continuity through the cycling managers. With Emanalo gone the shop has lost its helmsman and it could quickly deteriorate into the kind situation we saw at Watford – almost aimless player recruitment and a new manager every year.

United will continue to try and buy their way back – and with seemingly unlimited funds will overpay for ‘star’ players without a system or ideology to fit them together. And a manager, who while being likeable enough, became tiresome with his old 1999 jingoism, and showed that while he might get into the top four with all that talent, won’t meld them into a force to challenge City or Liverpool.

Arsenal are a bit at sea. A manager who does well in the knockout tournaments, especially the Europa League, but does not have the capacity nor talent at his disposal to make a sustained run at the Premier League. The club met him down allowing Ramsay to leave and tied his hands with Ozil’s contract. He can’t compete with the bigger spenders and would need more time to find players to suit his style. (Not Arsenal’s style because with Wenger in for so long, they have not developed one – as with United and Ferguson.)

Finally we come to Spurs. Now the can-do club with an amazing Champions League run, after no investment and with players who had a long and tiring season. If they can keep Poch and get a couple of good players in, they will continue to be a club that challenges Liverpool and City and make some decent cup runs. If they don’t have a sustained CL campaign they might get closer to City in the PL but City are setting a high bar. Just as with Liverpool’s putting up a huge points tally to only get second, Spurs can put up decent numbers but they pale against City’s total. They are a good team but it always seems they will be better able to get silverware in one of the cups. Just as Klopp and Liverpool needed the CL title to stamp their work as a success, Spurs will need to do that next season.

When all is said and done, once again, the ebbs and flows of each team will make it an interesting and exciting season and lots to look out for during the summer.
Paul McDevitt

Looking on the bright Blue side…
The article from Seb Stafford-Bloor is well written but few things mentioned are wide off the mark.

Abramovich unlike other owners does not give interviews and does not overtly participate in running of the club. But he is always behind the team running the show. He seems to have keen business acumen and has settled on the approach that the club can be self sustaining by procuring and developing young players who can later be sold and those funds used to buy ready made players. While the approach has not been full proof with players like De Bruyne and Lukaku having slipped past us but overall we have done very well in terms of trophies and financial balancing as well as strengthening (can be questioned on quality but least have funds to spend). I would say over last five years Chelsea will be one of very few top clubs to have both sold and brought players keeping net spend at bare minimal as well as winning trophies.

With FIFA ban for two transfer windows and windfall of 100 + million pounds in Hazard Sales plus about another 80-100 million for Champions league money the Club will have huge funds to spend when the transfer ban is lifted. This is not including chance to youth players may lead us to uncovering more gems from our youth/reserve squads.

As for Lampard or any other manager coming in, we still have a team minus Hazard which won Europa League plus we have about 5-6 players worth close to 200 million pounds who are going to return from loans. Additionally Chelsea has one of the best group of young players of which Ruben Loftus and Hudson Odoi are just two.

I do foresee Lampard to struggle if he joins as manager, but other experienced managers to do well enough to be in top four next season and reach quarters in Champ League. Of course it’s top four as we are nowhere close to Man City and Liverpool.
B CfC (Transfer ban could be a huge blessing in disguise for Chelsea and its youth system)

Rafa? It would be horrible…
Great to see some fair comments about why Lamps should/shouldn’t get the Chelsea job, without descending into ‘it’s an old boys’ club”‘territory. My only quibble is with Aaron CFC’s suggestion that Benitez should be in consideration. Yes, he is a great manager and infinitely more qualified for the role than Lamps (and fair point re his willingness to play youth). Yes, he did an amazing job at Chelsea previously (especially under the circumstances). But, should he get the job?

Let me take you back to 2012. The 1Xtra airways bounce to the beat of my counter-culture classic ‘Smoking Ban’.

The world is filled with a renewed sense of optimism for the future as Barack Obama is re-elected for a second term as President of the United States. And Chelsea fans relentlessly hurl venomous abuse at their new manager, Rafa Benitez.

Back to the present day. We all know who the President is. I haven’t had a hit in years. And you are deluding yourself if you think that the same thing won’t happen this time around as regards the Chelsea fans and Rafa. For this reason he simply isn’t a viable option. (To be clear, I absolutely do not agree with the treatment that Rafa received previously – it’s just a reality that he would get it again). Why would Rafa choose to go through that again / what fans would want an atmosphere like that again?

As to whether the appointment would be coming too soon for Lamps, I’d personally rather he takes the opportunity while he has it, rather than risk drifting off into mediocrity by failing to get Derby promoted in the next two seasons (which, let’s face it, is a very real possibility and something many ‘top’ managers would probably struggle to achieve). But I accept it is arguable either way.
Skinnyman (fire in the booth)

Why is Man United talk being leaked?
Well I have sent a few unpublished mails complaining about the amount of ‘here is what I would do at Utd’ mails lately so I may as well write an opinion. Today I got a notification from SSN saying Utd were in for Issa Diop from West Ham. This goes with the ones I have received for them being interested in Longstaff, that kid from Swansea and Wan-Bissaka.

My question is why is all this being leaked at interest stage. Are they that desperate so they need to inform the fans they are in for players? Is it agents using them for leverage for better contracts. Isn’t a club supposed to keep things in house at the negotiation stage? Who is leaking this stuff and why? Smells of desperation.
Ryan, Liverpool

At least it all feels solid
While there has been a bit of hoo ha in the mailbox about United’s transfer dealings, I quite like the way that there seems to be a clear focus in actual activity, as opposed to the tabloid nonsense that links every club with every player at some point of silly season.

What I’m most impressed with, is the fact that Bale doesn’t appear to be on the radar.
Ryan B

Frank Frank Frank
Just tried to read Tim (CFC) Ireland email about why Frank Lampard would be great at Chelsea, however soon became distracted by the number of times he has written ‘Frank’ in his email. 27 times! Jeez.

No idea why this bothers me so much.
Chris (at least mix it up a little and call him Lamps or something occasionally), Sandhurst

Lauding that England goal
Watch it: the play out from the back, the smooth transition through midfield and Beth Mead’s cross on a dime for Taylor to score. That was fabulous team play.

That should be on a coaching video, I don’t care who you’re coaching, but that was a masterclass of link-up play presented in a few seconds.
Steve, Los Angeles

However, a particular highlight was the splendid display of the arts and sciences of shithousery from the Argentinian defenders. As we’re probably not going to get a Battle of either Berne or Santiago, Voeller/Rijkaard or Holland/Portugal 2006 in the next few weeks, we needed that. Lovely stuff, Ladies.
Mark Meadowcroft