Home F365 Says Why did Huddersfield keep Jan Siewert in the summer? 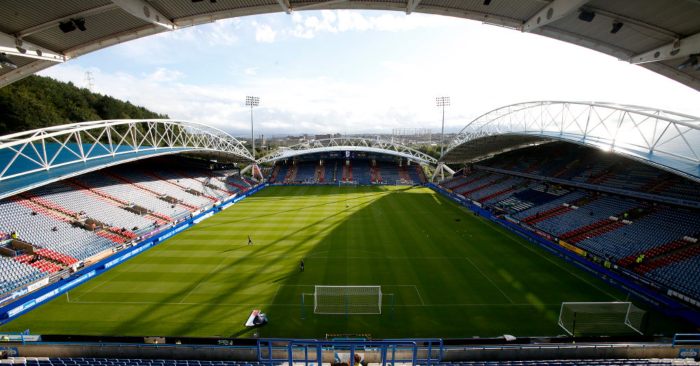 When a manager is sacked after a wholly predictable start to the season – one which was seen coming by fans and pundits alike – it paints a stark portrait of that outfit’s current situation. This is Huddersfield Town in 2019, and it’s entirely farcical that it has been allowed to get to a juncture that has simultaneously been a long time coming and yet dragged on too long.

Jan Siewert arrived at the West Yorkshire club in January in a personal win-win situation. With the club’s relegation widely and largely accepted before David Wagner’s departure, the German had time aplenty to make his mark on the Terriers and restore some pride at the John Smiths’ Stadium. Or better yet, complete Mission Impossible III and keep Town in the Premier League for a third campaign. Seven months after entering that win-win situation, Siewert came up smelling of losses.

But it would be churlish to lie so much of the blame at the 36-year-old’s door. The appointment of a man with a two-fold shorter Wikipedia page than Lewis O’Brien – a youth academy graduate with just two Huddersfield appearances to his name – was always going to go one of two extreme ways, and it was extremely likely to go south at an alarming rate.

And while just one win in seven months at the helm of any club is difficult to defend, Siewert was placed into a club in sharper decline than his own reputation in English football over the last half a year. Questions instead should be directed at the hierarchy. Why was Siewert given an entire summer to oversee an average at best transfer window? What did new chairman Phil Hodgkinson expect from opening fixtures including last season’s play-off finalists and fellow relegated outfit Fulham?

It would have been almost foolish to believe that Town were capable of taking more than one point from their opening three fixtures. And yes, while that boringly predictable and predictably boring Carabao Cup exit at the hands of League One Lincoln City in midweek left, if not writing on the wall, then certainly delible ink on the furniture, it is difficult to envisage what any other head coach could do with this set of players against such a bleak backdrop.

If success and the smell of Premier League football brings new fans who struggle to take the abundance of rough with the rare smooth, then the bottom half of the Championship has left only the hardcore who have seen it all before. But still they were not expecting the exuberance and good times that arrived with Wagner to turn into the dark old days so quickly.

The safe pair of hands in former owner and Huddersfield legend Dean Hoyle have gone. Now, after just three league games, the new man at the top has a second huge managerial decision to make, his first being keeping Siewert despite little to no evidence he was the man to turn this around.

Wagner’s 2016 appointment marked a turnaround for a club whose managerial experience came purely from British shores, and it would be a shame to see all the American’s hard work and successful times be forgotten so quickly for the sake of going for a safe name.

The usual suspects – Sam Allardyce, Chris Hughton and Carlos Carvalhal – have all been linked. Perhaps a better bet would be a man who lacks such managerial experience, much like Siewert, but who can rally the troops and get the fans back onside – not like Siewert.

It wouldn’t be a marriage made in heaven, but compared to a wedding where the bride and groom never met eye to eye and the honeymoon came and went within a couple of sub-par 90 minute performances, it would be a certain improvement.

The transfer window has been and gone, of course, and this is a squad that – if you didn’t know better – you would guess had come up from League One to the second tier of English football, not down after two years of the Premier League with nearly £100million spent on players in that time.

Mercurial talent Aaron Mooy is departed for the year, and the squad is now a mash-up of also-rans from last season, young players not yet ready for consistent Championship football, and footballers playing out of position.

The very least that can happen now is to unite the fans behind a sub-par team that already looks set to be carried by last and this season’s top scorer. It perhaps says everything that he arrived at the club a week after Siewert.

It is that glimmering flicker of light which provides hope that this season can be a positive one. Success should not be measured in an immediate return to the top flight, and nor should it ever have been. Huddersfield were barely a Premier League club when in the division.

With change in the boardroom, and now in the dugout, it would be churlish to consider anything less than getting the fans back on side and some good times back in West Yorkshire as a successful campaign.

What Huddersfield need now more than anything is everything that was lacking under Siewert. Forget winning games against the likes of Derby and Fulham; that should not be expected under this squad. Huddersfield need the fans back, they need the good times back, and they need to back themselves to get it right at least once this summer.