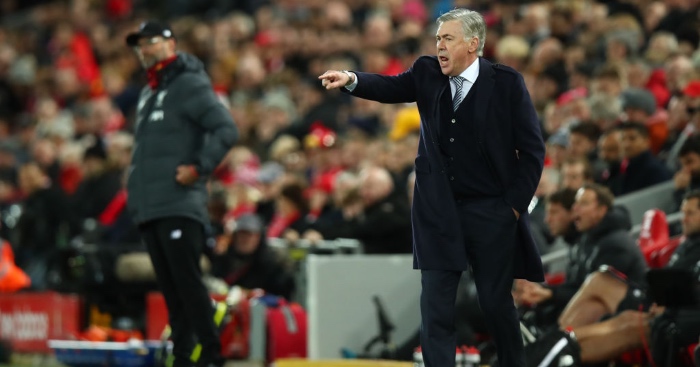 ‘The Welsh ace, 22, has been kicked from pillar to post by opponents since joining Manchester United.’

Pesky fact: Even if you only include players who have played more than ten Premier League games this season, there are literally 15 footballers fouled more often than James.

Indeed, spare a thought for Jack Grealish – fouled 4.6 times per 90 minutes compared to James’ paltry 2.5. Who will protect him?

Opposites attract
As Mediawatch has said time and time again, if the exact opposite would be a far bigger story, it probably doesn’t belong on your back page. And that trope came to mind when we saw the back page of The Sun, telling us that ‘PEP GUARDIOLA claims he could NEVER manage Manchester United – and would rather play golf’. Which apparently leaves United ‘CLUBBED!’.

Guys, come and see us when the current Manchester City manager says he would manage Manchester United.

The Daily Mirror take it even further with their back-page claim that ‘PEP GUARDIOLA says he would never manage Manchester United – even if it was the only job on offer’.

So ‘man would not take highly unsuitable job even in circumstances that would literally never happen’.

It’s quite the tale.

I’d spend 10,000 hours…
The clue that Pep Guardiola saying he would not manage Manchester United is not actually a very good story is revealed by its very, very lowly position within The Sun’s online football coverage by 10am on Tuesday morning.

But that’s because there is Big News. And that Big News is that ‘Pogba posts vid before ankle op hours after dancing at son’s birthday bash’.

But let’s take a look at that word ‘hours’, which suggests that Pogba has basically gone straight from a dancing party to the operating table.

Hmmm. The party was on Sunday and the video was posted on Tuesday. At what point does ‘hours’ become ‘days’? Is it when you no longer want to suggest that the man in question is a workshy pr*ck?

Amidsommar
In case you were still unsure of the timeline, the Mirror website comes along to tell us that ‘Pogba undergoes ankle surgery amid transfer speculation as his Man Utd teammates prepare for Carabao Cup semi-final against Man City’.

So that’s party then video then operation, all while ‘transfer speculation’ is taking place. Busy boy.

Shame then that the actual story makes no mention of ‘transfer speculation’, almost as if it had just been crowbarred into the headline to make a scheduled operation into apparently the biggest story in football right now.

Oh Stan…
There has been a ludicrous overreaction to Everton’s defeat to Liverpool’s weakened team in the FA Cup, with The Sun’s Dave Kidd diagnosing that Carlo Ancelotti has ‘stumbled into a shambles’, despite the fact that he won his first two Premier League games as manager and only narrowly lost to champions Manchester City.

Then there’s Stan Collymore, ‘speaking his mind’ in the Daily Mirror. He writes that the defeat ‘highlighted the massive inferiority complex the club has these days’. That would be because Everton are massively inferior to the European champions these days, Stan.

He then writes about his own decision to choose Liverpool over Everton in 1995 as if he had somehow been prescient in the face of overwhelming evidence that he should have gone to the Toffees.

‘Liverpool, of course hadn’t won the league for five years at that point and Everton had just won the Cup.’

Liverpool, of course, had just won the League Cup and finished fourth in the Premier League and Everton had just finished 15th. Liverpool was the absolute no-brainer move. Perfect for Collymore.

He then writes that he is not sure Carlo Ancelotti is the ‘right fit for the club at this stage of his career’. Apparently, he would have been ‘perfect’ 20 years ago, at which point the Italian was managing Juventus while Everton were in the lower reaches of the table. Sounds perfect. Stan? He was letting off fire extinguishers in La Manga.

Collymore then reinvents history as he writes:

‘Sir Alex Ferguson made a beeline for Liverpool when he arrived at Old Trafford and told them that Manchester United would knock them off their ‘****ing perch’.’

He didn’t. Because that would have been utterly ridiculous. When Ferguson arrived at Old Trafford, United were in a relegation battle and Liverpool were the reigning champions. Had he talked then of knocking Liverpool off their ‘****ing perch’, he would have been laughed out of England.

No, he very sensibly waited until September 2002 to engineer that famous quote.

At this point, you might wonder how mis-quoting Ferguson is related to Everton. Well, let Stan explain…

‘And I don’t hear those sorts of statements from anyone at Everton.’

Can we all take a minute to imagine the reaction if Ancelotti had taken over a struggling Everton side and immediately said he would knock Liverpool “off their f***ing perch”? Ferguson would have looked seriously disturbed in 1986 and the same applies to the Everton boss in 2019.

Then Collymore casually drags Tottenham into a group with Everton and Villa of big clubs who have lost their way. That would be the Tottenham who reached the actual Champions League final last year. That Tottenham. Last year.

And just when you think he is all out of utter nonsense, he remarks that the same ‘group’ of Liverpool players got battered by Villa recently. The same group? There were TWO players who started both games. There were more bona fide Champions League winners (Joe Gomez, James Milner, Divock Origi) in that starting XI than Under-23s.

Everton were rotten against Liverpool. But rotten enough to warrant that stream of smelly consciousness? Nah.