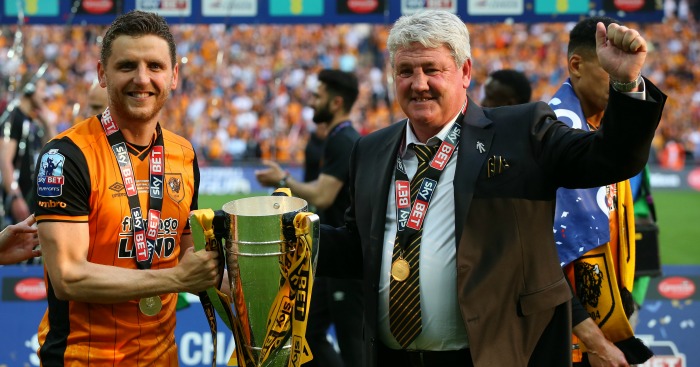 Bruce was promoted to the Premier League for the fourth time on Saturday after Hull beat Sheffield Wednesday, and Holloway believes that record should earn him a crack at one of the biggest jobs in world football.

Not mentioned by Holloway is that Bruce has had to be relegated from the Premier League twice in order to be promoted four times.

“It’s an absolutely exceptional record,” said Holloway. “I know they were talking about Manchester United and who was going to get it, and I know Jose Mourinho did, but seriously, why doesn’t someone like Bruce get considered?

“It’s only a matter of time before people like Steve get appreciated at the top level of this game and just given a chance.”

Bruce spent £65m on new transfers in two seasons in the Premier League with Hull but was still relegated in 2014/15 while Leicester survived despite being bottom of the table at Christmas.